Two electric cars sit atop a century-old hydroelectric dam, separated by three feet and 104 years. One is a Tesla Model X, the long-awaited crossover from the forward-looking California-based company; the other a less-well-known Detroit Electric, which by virtue of its high roof also rates as a crossover. Both operate soundlessly. Both are surprisingly quick. The electric vehicle isn’t just the future, it’s the past, too. 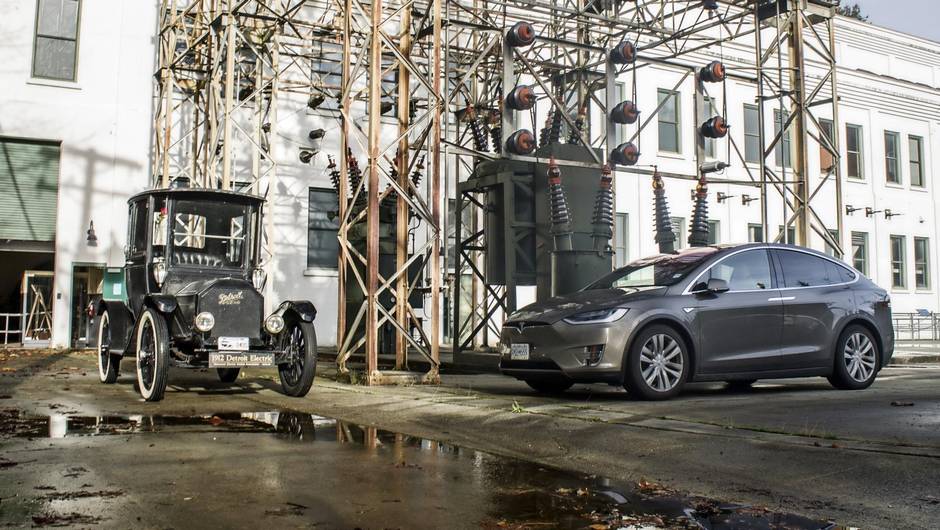 A persistent misconception about the EV is that it’s an experimental technology waiting for battery capability to keep up. However, the Detroit represents a commercial success. Like the Model X, it was a luxury purchase: at a time when the average car was a rattly, smelly, hard-to-start machine, the Detroit was quick, clean and comfortable. It’s old enough to have tiller steering, but is actually easier to manoeuvre for photos than the Model X is.

Having driven both the Detroit and a contemporary Model T, the antique electric requires far less skill. In a Model T, with its steering-wheel-mounted throttle and spark advance levers, changing gears requires whipping your arms and legs around as if you were a naval ensign semaphoring whilst simultaneously tap-dancing in Morse code. 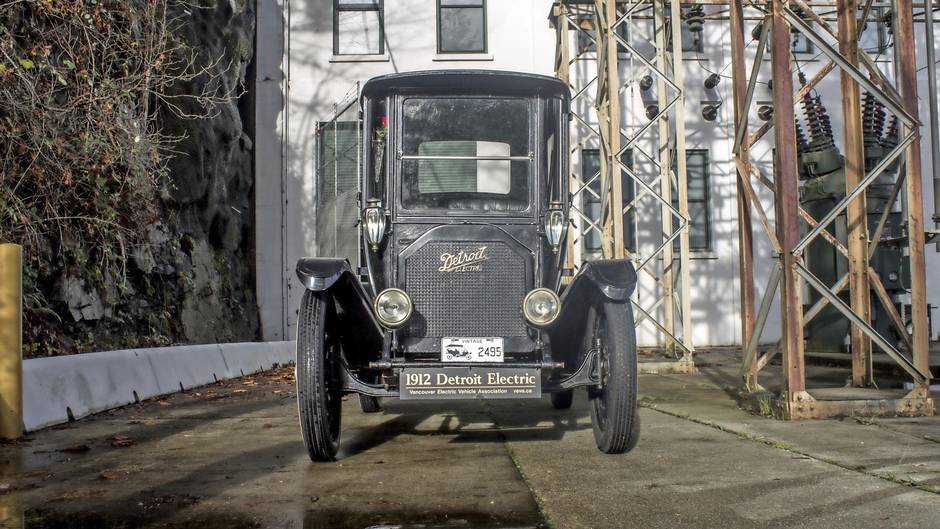 In the Detroit, you just flip down the tiller-steering bar and glide off down the street. The ease of use and the reliability meant that early electrics were popular with doctors and veterinarians, people who had to get up in the middle of the night and didn’t want to risk breaking a wrist trying to crank-start a car. It was also popular with the well-heeled: Inventor Thomas Edison owned one, but tycoon John D. Rockefeller Jr. had two.

This model’s raised roof is intended for – don’t laugh – the tall hat a fine lady might wear. The idea was that an elegant woman could drive herself around instead of being beholden to a ch