Overall Rating
8
Overall
The Fiat 500 delivers on its promises. Not a lot of room, not a lot of power, but this car feels right, living up to its looks in every way that matters. You'll like this car if: you like fun.
Looks Rating
9
Looks
Film star Sophia Loren and the 500 first turned heads in the 1950s and, to this day, remain uniquely appealing.
Interior Rating
9
Interior
There was a time when dashboards were brightly painted metal to match exteriors. The 500's still is. Plus all mod-cons.
Ride Rating
8
Ride
Smoother than anticipated, more secure on the highway than imaginable. More get-up-and-go would be good.
Safety Rating
7
Safety
Three of five stars in U.S. NHTSA testing, an IIHS Top Safety Pick. Stability control a big help in winter driving.
Green Rating
7.5
Green
Such a small car should use less gasoline than did our test models - and premium fuel at that. A diesel would do better.

Few who have witnessed the scene will forget Jamie Lee Curtis's passion blossoming in the heat of hearing Italian spoken in the film A Fish Named Wanda.

"Dov'e la farmacia?" Cline abruptly changes the subject but not the mood.

The Fiat 500 speaks this kind of Italian.

Far from being just another sensible box of the sort Eco Driver normally tests, the little Fiat is a transformational ride. It's capable of bringing out the Jamie Lee – or at least her character with the ear for Italian, Wanda Gershwitz – in all of us.

Even your reviewer finds himself feeling somewhat flushed with enthusiasm – more than the norm for a descendent of Lowlands Scots, anyhow – behind the wheel of either of two test models: a 500 Lounge with an automatic transmission and a manual 500C Lounge semi-cabriolet.

We'll now try our best to be dispassionate in evaluating this muy bella jewel of a car. For example, large persons fit in the Fiat – but if there are two or more such ample persons, there will be contact. Does touching shoulders matter? Not between relatives, friends, lovers, or those interested in becoming so. Sales may suffer, however, for the lack of hip and shoulder room.

The reality is that the 500 is extremely small, indeed shorter than a Mini Cooper by a stiletto heel pump. And on the subject of leather, the seats in the premium Lounge models are covered in hide as red as a plump juicy tomato, or as white as tender squid served in the Amalfi sun, all in all with a boldness evoking an old Ferrari as well as the very basic interior of the original, the 1957-1975 Fiat 500.

The dashboard painted the same colour as the exterior also recalls the 1950s. As in a Mini, you feel you're not simply in a car, but in some happy time warp.

Driving reinforces the impression with delicate steering that accomplishes a U-turn in 9.3 metres – great for parking – strong, four-wheel-disc brakes and effortless shifting with levers that sprout from the dash in an easy reach from the handsome thick steering wheels.

The soft top on the 500C model powers back to open the car to the sounds and smells of the passing scene, in the same way as in the original 500. It's like a large sunroof, not a full convertible function. With heated seats and air conditioning set at its most tropical, top-back driving in early winter was realistic.

The craters of Toronto streets generally are rendered as smooth as Italy's autostrada as a result of the exceptionally well-tuned suspension. The ride gets rougher when wheels on both sides encounter potholes, though, a shortcoming of the cheap twist-beam rear axle.

If the engine served up a tenor's aria while accelerating through the gears, the Wanda in me would be waxing ecstatic. In fact, the modest MultiAir (as Fiat calls it) 1.4-litre four is far from mellifluous. It's quietly atonal and performs accordingly, responsive to the gas pedal without getting anywhere fast.

The standard 101 horsepower suits the character of the car. More power would be good, as was often said about the original with its paltry 17 hp, but it's really unnecessary. Rebellious youth of all ages await the upcoming Abarth model with 170 hp.

To qualify for our Eco Driver series, a city fuel consumption rating of less than 10 litres/100 litres from Natural Resources Canada is necessary. By this standard, the Fiat's city ratings of 6.7/100 for a 500 with a manual transmission, or 7.4/100 automatic, are appealing.

Too bad premium fuel is recommended. And, more is consumed than the ratings suggest: in our suburban driving we average 7.9 with the automatic and 9.2 with the manual (which somehow encourages faster driving by enticing the driver into consistently using more engine speed).

Still, few cars with this much emotional appeal use this little fuel. Fiat has reinvented the 500 that ceased production 37 years ago and somehow captured its spirit.

It's not purely Italian, of course, any more than is the dialogue in A Fish Named Wanda.

The car that has brought bright colours to Canadian Chrysler dealerships actually is built in Toluca, Mexico, not Italy. The 500 sold in Europe is manufactured in Poland. Wherever. Does it really matter? The design is Italian, the sentiment is Italian, the brio triumphantly international.

All that's left to say is, as Jamie Lee Curtis heard in conclusion in her rapture:

What type of car impresses a woman most?
February 7, 2012 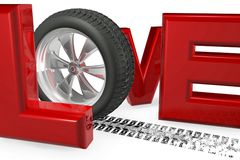 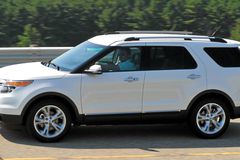 Car Review
Audi A3 is understated but elegant
February 14, 2012 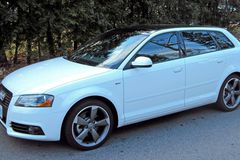 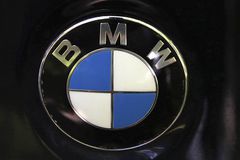