Overall Rating
7
Overall
It's all new, but it's still business as usual. You'll like this vehicle if: you need a people-mover but can't stand the thought of driving a minivan.
Looks Rating
7
Looks
Definite family resemblance to the Ford Edge.
Interior Rating
7
Interior
MyTouch controls are vague and kind of alien, but it is a roomy interior and entering and exiting is straightforward.
Ride Rating
7.5
Ride
A little choppy, but in line with this market segment.
Safety Rating
8.5
Safety
Curve Control, full complement of airbags and an industry first: inflatable rear seat belts.
Green Rating
6.5
Green
Still kind of thirsty, but 20 per cent thriftier than its predecessor.

Cast your memory back a few years and you may recall that one of the most popular vehicles on the road was the Ford Explorer. Ford sold almost 450,000 of the mid-size SUVs in 2000, for example, and sometimes it seemed like every other vehicle on the road was an Explorer.

Things went south, however, around 2007-2008. There was that unfortunate Firestone tire blowout/rollover fiasco a few years earlier, not to mention the rising cost of fuel, and other manufacturers, recognizing the lucrative potential of this market, got in on the act as well. Honda, Toyota, Nissan and others introduced their own SUVs, and Ford had to work a lot harder to sell the Explorer. Eventually, it slipped into the background, selling just 50,000 in 2009.

But it's back, and it looks like, well, like a cross between the Edge and the Flex.

"It's longer, wider, and roomier than ever," marketing manager Amy Marentic said at the launch in La Jolla, Calif., and the family resemblances are unmistakable.

From the front, in particular, the new Explorer looks very much like the Edge and the grille treatment is similar. It also feels similar behind the wheel, and shares many components with its stable-mates, especially when it comes to electronics, and Ford's new in-car technologies.

Which kind of begs the question: why does the Explorer exist at all?

Surely there are more than enough SUVs/CUVs on the market these days; Ford itself has several - Edge, Flex, Escape, etc. - not to mention the Lincoln MKX and Navigator. Given the price of fuel and public sentiment about gas guzzlers and air quality, you'd think that manufacturers would get the message and focus more on building smaller vehicles.

You'd be wrong. The public's appetite for light trucks is as strong as ever and Ford is just meeting demand and filling a market need. "The Edge doesn't have third-row seating," explains chief engineer Jim Holland, "and the Flex is more of a niche vehicle."

The new Explorer is powered by a Triton V-6 that displaces 3.5 litres and develops 290 horsepower and 255 lb-ft of torque. It's mated to a six-speed automatic transmission only. A soon-to-be-ubiquitous Eco-Boost inline-four-cylinder will become available "soon," according to Ford.

There are both front-wheel and all-wheel versions and the latter has four different settings - normal, mud, snow, and sand - plus a hill descent control feature that works off the ABS system. All are accessed via a centre-console mounted rotary knob. "We realize we're giving up some ground here to the Jeep Grand Cherokee," Holland says, "but it's mainly in the area of rock-climbing. The Explorer is not designed for rock-climbing."

However, it is designed for soccer moms and baby boomers and, in that sense, it hasn't changed much over the years. This is still the quintessential suburban grocery-getter and, with seating for seven, has all the features you'd expect to find in a mid-size SUV and then some.

For example, one-touch-down drivers' power window, tilt/telescoping steering, four 12-volt power points, Ford's MyKey owner-programmable performance setting and a raft of safety features. Perhaps the most intriguing of these is a new Curve Control system that will reduce vehicle speed if you find yourself entering a turn too hot. Apparently, some 50,000 people a year are injured because they lose control while negotiating turns and this system will scrub off speed via the brakes and hopefully get everything back under control.

The new Explorer will come in three trim levels: base, XLT and Limited. As you climb up the model range, things like leather interior, back-up camera, remote start, power-adjustable pedals, power rear tailgate, universal garage door opener and Ford's glitzy ambient lighting feature become available. One slick little goodie on the top-of-the-line Limited model is a power-operated third-row seat that will pop up or disappear into the floor with the press of a button.

Speaking of which, this new Explorer has got to be the most electronically sophisticated version Ford has ever put forward.

It is loaded with in-car technology, with no less than 28 different outside contractors supplying expertise and R&D. Microsoft, Sharp, Bluetooth, Gracenote and Sony are just a few "partners" that helped put together the company's MyFord and Sync technology systems.

Depending upon what level of equipment you choose, you can have things like a programmable entertainment system that will handle everything from portable MP3 players to USB drives. Things like the climate control system and various other displays are managed via Ford's MyTouch system, which is essentially a "soft touch" arrangement that allows you to choose fan speed, air direction, music choices and so on by gently pressing your fingertips against a screen, as opposed to turning knobs or pushing buttons.

Needless to say, there is also a hands-free phone and voice-activated navi system. The voice-activation feature has no less than 10,000 commands that it can respond to - and it will also take into account your accent, should you have one.

Top 50 vehicles for 2011 The best cars for every need, from urban cowboys to luxury lovers to families with lots of stuff 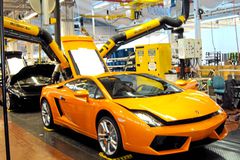 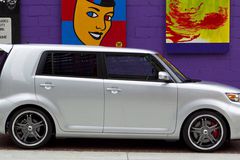 Car Review
Audi's homage to ego and wealth
April 28, 2018
Follow us on Twitter @globedrive Opens in a new window
Report an error Editorial code of conduct
Due to technical reasons, we have temporarily removed commenting from our articles. We hope to have this fixed soon. Thank you for your patience. If you are looking to give feedback on our new site, please send it along to feedback@globeandmail.com. If you want to write a letter to the editor, please forward to letters@globeandmail.com.
Comments