Overall Rating
8.5
Overall
When Ford introduced the Edge it claimed it was a "game changer" and it's largely lived up to that billing
Looks Rating
8.5
Looks
The new front end - hood, fenders and fascia - give the Edge a smoother more aero-look and the new grille (in piano black on the Sport) some added distinction.
Interior Rating
8.5
Interior
The new instrument panel and centre stack design fit nicely with the advanced entertainment, communication and information features offered, and it all works well.
Ride Rating
8
Ride
Work on steering and suspension has created a much improved level of response and overall handling, combined with a ride that is truck-firm, but quite supple.
Safety Rating
8
Safety
The Edge is equipped with front, side and side curtain systems, has good handling and improved brakes, plus a number of optional electronic safety aids.
Green Rating
6.5
Green
While the Edge is more powerful than it really needs to be, the advanced technologies in its powertrain mitigate this by producing reasonable fuel economy numbers.

Ford has rehoned its Edge for 2011, giving the successful mid-size crossover a more cut-through-the-clutter look outside with all-new front-end styling, more powerful and efficient powertrains, improved driving dynamics and a posh new interior.

The new Canadian-made Edge also serves as the launch platform for a - well, how else could you describe it but cutting edge - driver connectivity system called MyFord Touch, which fronts an increased array of electronics, including Sony branded audio.

A next-step link to Ford's Sync information, entertainment and communications system, MyFord Touch is designed to provide "safe, smart and simple" connectivity to system features through voice, touch and graphics that allow the driver to keep his or her "eyes on the road and hands on the wheel."

It has a centre-stack screen that replaces traditional knobs and switches with touchable graphics like those found on home appliances. And a pair of full-colour LCD screens flanking the analogue speedometer, each controlled by its own five-way controller - as you'd find on a cellphone or iPod - in the wheel spokes.

Vehicle information displays - a tachometer, fuel economy numbers for example - are displayed by the left screen, and "infotainment" features such as the not-immediately-available-in-Canada turn-by-turn navi system and multi-media interfaces, are in the right. The voice recognition system now ups the original's ability to understand 100 commands to 10,000, making it simpler to get it to do what you want it to. MyFord Touch does a lot of other stuff too, and is standard on Limited and Sport models.

The electronics advances may be impressive, but for what is basically a somewhat-overdue refresh - Edge was launched in 2006 - Ford has also made major efforts in other areas, reflecting a new fervour to get things right, which is being reflected in its market performance. Frank Davis, executive director of North American product, says Ford been on a journey over the past few years that has taken it from "competitive to true product excellence," which has a nice ring to it, but also a ring of truth.

When Ford introduced the Edge it claimed it was a "game changer" and it's largely lived up to that billing, rapidly becoming the leader in the segment with North American sales now topping 400,000. Some 44,000 have been sold in Canada and the segment here has grown by 30 per cent so far this year, in part driven by new entries. But with the "old" Edge's sales matching that, Canadian marketing director Paul Roy figures the revamped 2011 version is a shoo-in to remain a segment front-runner.

Helping that happen will be a dialled-up value equation. Roy says the base model comes to market $2,500 below the outgoing model, while the SEL, which accounts for about 45 per cent of the model mix, is priced the same, with about $1,300 worth of new equipment. The Limited, which makes up the other half of Edge volume, increases just a few hundred dollars with an additional $1,200 or so of equipment added, he says.

The 3.5-litre Ti-VCT (variable cam timing) V-6 that powers all models but the Sport produces 285 hp at 6,500 rpm and 253 lb-ft of torque - 20 more hp and three more lb-ft of torque than the 2010 engine. A six-speed automatic remains the only transmission. The Edge Sport now gets a sideways version of the 3.7-litre Mustang engine making 305 hp and 280 lb-ft, and paddle shifters for the transmission. A 2.0-litre EcoBoost four-cylinder is in the works.

I spent an hour or so with a front-drive SEL and found drivability around town fine, and overall performance excellent. The torque increase is marginal, but more seems to be available when you need it. I also drove the Sport, and with more torque and power it's obviously quicker and more responsive, but transmission response to manual mode is rather slow.

More impressive than the power gains is the fuel economy improvement, with the front-drive SEL, for example, improving from 11.8 litres/100 km city and 8.1 highway to 11.2 city/7.4 highway - class-leading, according to Ford.

I never much liked the driving dynamics of the first-gen Edge, which felt reluctant and somewhat awkward in its responses, but this one is improved across the board.

A new steering pump, reduced friction in the gearing, slightly wider wheels (18-inchers on the SEL, 22s on the Sport), subframe mounts and bushing and shock changes have resulted in much improved response to steering inputs and an overall more confident feel, particularly with the Sport.

The new interior, with its Volvo-like centre stack that you can tuck things behind, quality look and feel materials (although why it has a soft-touch dash top and hard plastic window caps is a mystery the chief engineer couldn't convincingly solve for me) has also raised the Edge's game.

Getting it right is all about attention to detail - things like the radius of the curves, locating the cup holders to avoid "chicken-winging" or forcing the user to point their elbows up - and Edge's designers have succeeded in most areas.

Ford obviously put a lot of effort into the Edge's rejuvenation.

Car Review
She pictures herself only in a Subaru
September 1, 2010 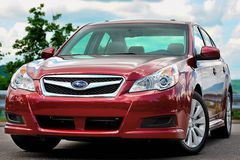 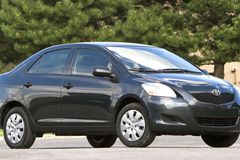 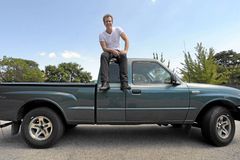 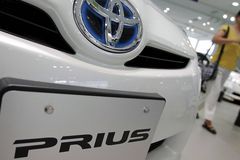 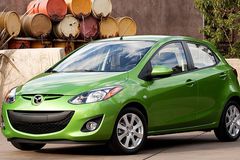 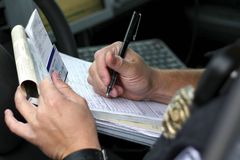 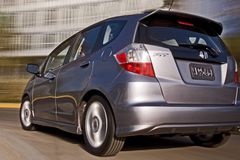