Overall Rating
7.5
Overall
A big comfortable truck that is actually a pleasure to drive.
Looks Rating
6.5
Looks
All that Harley stuff? Who cares?
Interior Rating
7.5
Interior
Excellent entry, really comfy seats, lots of elbow room.
Ride Rating
7
Ride
Not as choppy as you might think, quite agreeable.
Safety Rating
7
Safety
Not really on the menu here, but it is big.
Green Rating
5
Green
This is a thirsty one.

In the beginning, Harley-Davidson was just another American motorcycle manufacturer; it had its ups and downs and flirted with bankruptcy, but it steadily improved its product and managed to hang on when most of the competition faded away.

Then, in the late 1980s and early 1990s, something happened. More precisely, baby-boomers with disposable income happened. Harley-Davidsons became desirable and the company not only sold everything it made, but also started a merchandising operation that has turned out to be enormously profitable and actually brings in more money than the motorcycles themselves. These days, the Harley-Davidson "bar and shield" logo can be found on everything from ladies' undergarments, to eyeglasses, to boots.

And that includes pickup trucks. The Ford Harley-Davidson F-150 has been on the market for 12 years now and is aimed at buyers who either ride a Harley or wish they did.

As an exercise in marketing, it's been a smashing success, and is a brisk seller for the company. Since its inception, Ford has moved almost three-quarters of a million of them out of its showrooms, and these days, it's about as luxury-laden as a truck can be. Apparently, every member of Ford's design team that worked on this truck is a Harley owner.

So what distinguishes a Harley F-150 from the regular garden-variety version? Aside from the obvious – Harley logos all over the place – this is essentially a Super Crew Cab Lariat with its own trim level and "design enhancements." These include special exterior paint, oversize 22-inch alloy wheels, slightly lowered suspension, snakeskin leather upholstery and a slightly louder exhaust note. Many of the styling cues of the H-D F-150 are taken from Harley's line of motorcycles, including cloisonné badging and the leather upholstery, which was apparently inspired by the tank inserts on some of the company's bikes. Can't see it myself, but there it is.

Power is provided by a 6.2-litre V-8 mated to a six-speed automatic only, with two-speed on-demand 4WD. This engine features two spark plugs per cylinder and delivers an effortless 411 horsepower, which apparently gives the H-D F-150 a top speed in excess of 185 km/h. I can't see this one doing much in the way of off-road duty.

As it turns out, I drove one of Ford's regular F-150 models before the H-D F-150. In that case, it had Ford's turbocharged EcoBoost V-6, which develops 365 horsepower and it was similarly well-equipped, with all the modcons. It cost about $7,000 less than the Harley model and, aside from a power difference, the driving experience was much the same.

But that power difference changes everything. The V-8 engine has a strength and robustness about it that makes driving this truck an absolutely effortless experience. Sure, the turbo V-6 is powerful as well, but it seems to strain and work much harder than the V-8 and is louder inside the cab as well. With the larger engine, around town, you hardly need to touch the gas pedal to keep up with traffic and, on the highway, it's turning over at a mere 1,800 rpm at 100 km/h. Harley model or no, were I in the market for a full-size Ford truck, I'd definitely choose the V-8 engine over the Eco Boost V-6. That said, this V-8 engine is considerably thirstier than the V-6, which for those drivers who rack up the kilometres, could add up over the haul. Somehow, however, I don't think your typical Harley-Davidson F-150 owner is too concerned about fuel economy.

As the owner of many Harley models over the years and an unabashed and unapologetic aficionado, I honestly couldn't give a fig about having a Harley-inspired pickup truck.

I actually think the H-D F-150 is overpriced, loud and garish, and delivers a statement I'm not sure I want to make. Just for the sake of argument, not all Harley-Davidsons are over-sized, heavily optioned two-wheeled RVs with screaming paint jobs. The company actually does make quite a few bare-bones models that provide their riders with the essence of motorcycling, without all the fuss and bother, as opposed to putting on a show every time they hit the highway.

However, this H-D F-150 did have a few features I liked a lot, including side running boards that automatically drop down when you get in the truck, excellent bucket seats, a rear back-up camera and electrically adjustable pedals. Yes, this is a large truck, but it's also a well-equipped and surprisingly comfortable people carrier, with room for five.

That's a lot of money just to let the world know you like Harley-Davidsons. 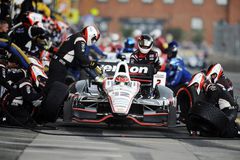 Retired road trippers looking for a comfortable utility
May 11, 2018 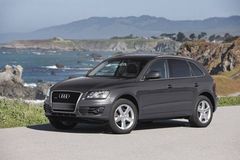 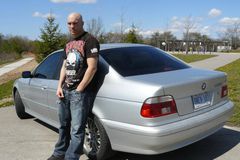 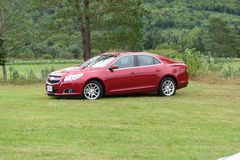