I am a dinosaur. Or at the age of 45, perhaps a throwback to a dinosaur. I drive a 2003 Mercury Grand Marquis. And like it. My commute (either from Orillia to Barrie, 32 km, or Orillia to Bracebridge, 63 km) is perfect for a car that is comfortable while driving a straight line, on a highway, without much cornering. Beyond that, I do only marginal "in town" driving. But I am willing to change (I think). Factor in somewhat colder winter temperatures and greater snowfall than a GTA driver. My old-school rear-wheel-drive V-8 does just fine with winter tires. All-wheel drive would not seem to be a necessity. Is there a hybrid out there that makes sense for these driving characteristics? (I am assuming that the Volt wouldn't make sense.) Is there anything else in the marketplace that make sense and is not a "puddle jumper," shuddering with every passing transport? – John in Orillia, Ont.

Cato: John, don't be so hard on yourself. Your car may be extinct but that doesn't make you a Brontosaurus. Your old Mercury is the last generation of its Mercury kind and along with its near-twin, the Ford Crown Victoria, this model has kept you and thousands of police officers, very happy. Built in Canada, too. Consider yourself a connoisseur of historic autos, not a dinosaur.

Vaughan: Cato – hello! Read the letter again. This has nothing to do with transportation. This poor man is crying out desperately for help. It's the Midlife Crisis. Johnny, go get yourself a red Chevrolet Corvette convertible right now.

Cato: What? Ol' Bronto asked about a hybrid. Forget the Dr. Phil treatment, Vaughan, and focus a little on our man John's driving needs.

First, he's flogging a 10-year-old Mercury; the repair bills must be staggering – I'm thinking he would probably love to drive the modern equivalent.

Ford Fusion ($19,999 base)? Look at that price. Cheap. Ford has a gorgeous remake of the Fusion coming later this year, which makes the outgoing 2012 version a bargain.

The AWD Fusion starts at $27,499. And there's a hybrid version at $30,499. Honestly, Bronto, you don't need a hybrid for your driving; hybrids are strictly for stop-and-go city driving.

And I like the Buick LaCrosse for you, John ($34,935 base). The LaCrosse may be the closest thing to a Grand Marquis on sale today. Just better, and front-drive.

Vaughan: Correct on the hybrids, Cato, but you're still on the wrong track. This despairing, despondent man has left clues. What does he fear most? A "puddle jumper." Johnny, the correct answer is a red 2012 Corvette Convertible.

It'll cost you about 65 large, so mortgage the house. For this, you'll get a 430-hp V-8 engine and a six-speed manual transmission – a short-throw shifter with launch control. You can light up the tires in front of the Orillia Opera House and feel 20 again.

Cato: Let's take Bronto at face value, okay? He wants to get a newer version of what he's already driving. And he's tight with a buck. Have I got news for him.

The LaCrosse has as much as $4,000 in factory discounts in play. Handouts, John – handouts to sweeten the deal.

Vaughan: Yawn, while you've been reciting all the discounts, Cato, I have come up with a way to save Johnny even more money. Why not have Johnny get one of those phony Rolls-Royce grilles and stick it on the front of his old Merc. I have seen people so forlorn and delusional as they get into the back nine of life that they put expensive badges on old beaters. And the worst of course is the licence plate frame that reads, "My other car is a Corvette." Fat chance.

Cato: Harsh. C'mon, be sensible, Vaughan. Bronto's budget option is the Ford Fusion. The LaCrosse might work. And then there's the Toyota Avalon, as much a Grand Marquis successor as anything. But at $41,195 and with no factory handouts, it's too expensive. So it's Ford, Ford, or Buick.

Vaughan: I will concede only this much. In view of your winter driving requirement, Johnny, I will allow you to consider the Corvette Coupe in place of the Convertible. You'll save five grand. How sensible is that?

Either way, all those old folks in Orillia will only see the polished stainless steel tips of your exhaust pipes as you tear out of town. Yippee!

Cato: You've lost the plot, Vaughan. Johnny, humour Vaughan and go play with a 'Vette test drive. But get a 2012 Fusion and save money.

Jeremy Cato and Michael Vaughan are co-hosts of Car/Business, which appears Fridays at 8 p.m. on Business News Network and Saturdays at 11:30 a.m. on CTV 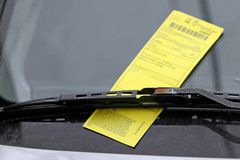 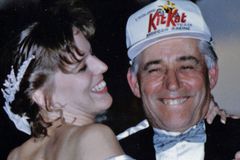 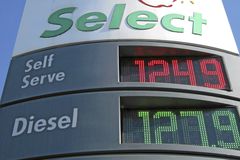 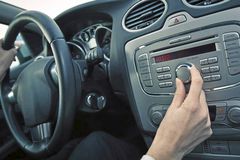 Car Review
What car is fun and frisky with a dash of flair?
February 3, 2012 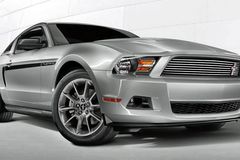 Car Review
What car would Al Bundy buy?
January 26, 2012
Follow Jeremy Cato,  on Twitter @catocarguy
Report an error Editorial code of conduct
Due to technical reasons, we have temporarily removed commenting from our articles. We hope to have this fixed soon. Thank you for your patience. If you are looking to give feedback on our new site, please send it along to feedback@globeandmail.com. If you want to write a letter to the editor, please forward to letters@globeandmail.com.
Comments