Overall Rating
8.5
Overall
It handles like it's on rails, stops on a dime, takes off like Winona Ryder at a department store and gives driving kicks that normally come with a car costing much more.
Looks Rating
5
Looks
The Speed3's biggest impediment to being a great little car is its styling.
Interior Rating
7.5
Interior
No real complaints here, although the turbo boost gauge could be bigger.
Ride Rating
8
Ride
Mazda has stiffened up the suspension and the Speed3 rides harder than the regular version of this car.
Safety Rating
8
Safety
Better brakes, superior handling and other proactive safety features, plus the usual roster of airbags, make this one as safe as a compact hatch can be.
Green Rating
6
Green
Fuel economy is acceptable but not great. This is still a performance automobile, after all.

According to the company's spec sheet, the colour of my test MazdaSpeed3 is "Velocity Red." That's appropriate. This car is all about velocity and achieving it as quickly as possible.

It'll rocket you from a standing start to freeway speed in about six seconds, and will do it all day, and for a reasonable price. It's acceleration prowess is stunning and, once the turbo boost cuts in, hang on, because you're going places in a hurry.

That said, it has torque steer in abundance; when you hit the hammer, it wants to go straight ahead and a firm hand is required when navigating high-speed turns under throttle. Although the MazdaSpeed3 is not a high-strung, temperamental sports car, nor is it to be trifled with. If you plan to drive it with enthusiasm, pay attention.

Before we get ahead of ourselves however, a few specs. Power for the Speed3 is provided by a 2.3-litre four-cylinder engine that is turbocharged and intercooled and delivers 263 horsepower.

This engine features direct fuel injection, re-profiled cylinder head, strengthened crankshaft, and various internal modifications and is pretty much the same powerplant found in the CX-7 sport-ute, but with a larger turbocharger. And it's a beauty: responsive, refined, quiet and, on the scale of things, reasonably thrifty.

Some other highlights of the Speed3 include four-wheel disc brakes taken from the MazdaSpeed6 sedan, ABS, body reinforcing throughout - including gussets welded on to the rear fender-wells and body, a beefed-up firewall, strengthened floor-pan and stronger front shock towers. It also has a lower road stance and bigger 18-inch wheels and tires.

Second opinion: Fast but not furious and with a cabin that is comfortable for four people

It's mated to a six-speed transmission only and has a limited-slip differential and a traction control system. These latter two features are definitely good ideas, because the Speed3 really wants to spin those front wheels, and if ever there was a candidate for all-wheel-drive, this is it. That's not in the cards at this point, however.

One note about the transmission; in a nutshell, I struggled with it. There just doesn't seem to be room for six speeds in this gearbox, and I got hung up on third while looking for first and vice-versa, time after time. This isn't the first time I've run into this glitch. Previous versions of this car, and some other Mazdas - the MX5, for example - have the same issue, and some refining needs to take place here.

I might as well get my other major complaint out of the way now. It's about the exterior. In a nutshell, I don't like it. I thought the first version of the 3 was a terrific-looking automobile, but this generation is just too cluttered and busy, with random styling cues all over the place and a smirking front-end treatment that looks like something out of Pac Man. The various body panel additions and cladding specific to the Speed3 help things (and I really dig the roof-mounted "bee-sting" antenna), but the whole car needs to be cleaned up stylistically.

That said, the interior makes up for the exterior's shortcomings. Appropriately styled carbon-fibre inserts and red-patterned half-leather seats distinguish the Speed3 from the garden-variety version of this car, as do aluminum pedals and various interior trimmings, and a small but handy turbo boost gauge lets you know what the engine's doing.

It may be a pocket rocket, but the Speed3 still has the bones of an econobox commuter car, and it's surprisingly practical, with seating for five and a purported cargo capacity of 1,213 litres. I can do without the push-button start, but then I always say that. Interestingly, the Speed3 has no options, aside from paint choice.

What is intact, however, and the Speed3's greatest strength, is the fact that for less than $35,000, you get a car that can run with the best of them and hold its own in just about every department.

It handles like it's on rails, stops on a dime, takes off like Winona Ryder at a department store and gives driving kicks that normally come with a car costing much more. But if you decide to take it easy and drive like the authorities want you to, it can do that, too. Aside from the funky shift linkage, it behaves itself in traffic.

I like the idea of this car a lot: an affordable hot rod, accessible to just about everybody. If you have a mind to, you can take this little tusker racing on the weekend and still be able to drive to work on Monday. And if the engine output of the Speed3 isn't enough, you can get an aftermarket performance chip, either from Mazda (U.S.) or elsewhere, that will bump up the power by some 30 hp to almost 300. Given the car's 1,461 kilogram weight, that would make the Speed3 one of the classic sleepers. 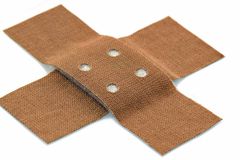 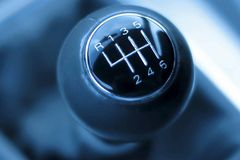 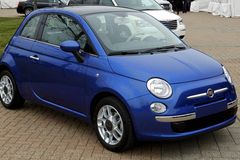 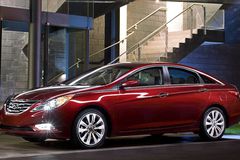