Gone was the doom and gloom at this year's 2011 Detroit auto show, replaced by cautious optimism and a kind of fire-in-the-belly competitiveness that was, well, surprising.

Officially, this show is called the North American International Auto Show, though we all know it's Motown's car show. In Motor City, Detroit's auto makers have been on the defensive for so many years, it was almost shocking to not to hear apologies, defensiveness and equivocations - not to hear car company types begging for more time, more understanding, more compassion, more government assistance. None of that this year.

Instead, Mark Reuss, head of General Motors' North American operations, calmly said he has no regrets about the death of the old bankrupt GM. It was time for that model to go. Now, however, GM is ready to take on all comers. "This is one of the most competitive industries I've seen in my career," Reuss told reporters. "Everything we're going to introduce is going to win, not compete. That's the strategy here."

In Pictures: 16 interesting new cars These concepts and new cars were introduced at the auto show in Detroit

Over at Ford, lately the darling of investors, Consumer Reports testers and consumers, CEO Alan Mulally walked the floor brimming with positive energy and optimism. Ford, Canada's largest auto maker by sales in 2010, is pushing ahead quickly with new electric vehicles, a new Focus compact, a new C-Max minivan and a car-based Explorer SUV. "We are delivering our most aggressive product plan ever," he told reporters.

Chrysler? For some, the very fact Chrysler remains a viable and, on an operating basis, profitable company was something of a shock to many. "Certainly the story in Detroit is a totally different story that what we saw in 2010," said CEO Sergio Marchionne. "A year ago, the questions I was getting were whether we'd still be here in a year."

As auto analyst Rebecca Lindland of IHS Automotive put it: "There's definitely a sense of momentum and recovery this year. We're seeing some really positive indication for the industry. The show is getting some fun back."

If you're a car buyer or even a car company investor, these are hugely interesting times. The restructured Detroit auto makers have found something they've been searching for years if not decades: momentum. These companies are on track to book record or near-record profits while grabbing back market share and respect.

We all know what's happened here. General Motors and Chrysler emerged from bankruptcy last year as slimmed-down versions of their former selves. Ford, meanwhile, escaped bankruptcy largely for two main reasons: the company began its complete turnaround and transformation earlier than the other two and had the good sense to fund it with billions in loans just before the great financial crash of 2008. As they say, timing is everything.

Timing, indeed. Just as the Detroit makers were reinventing themselves, something very odd happened: Toyota ran into a quality and recall crisis from which it is still recovering and Honda, while very profitable, clearly demonstrated that it has lost its way on the product front with flops like the Acura ZDX crossover. Both look vulnerable as 2011 unfolds, though no one should take either as a lost cause.

Detroit's auto show, however, was not about import brands this year. The story here in January is about car companies selling more vehicles and making more money than anyone ever expected: through the third quarter, Ford's net income totalled $6.3-billion (U.S.), GM's passed $4-billion and Chrysler posted positive operating income.

Profits in the car business come to companies that get the fundamentals right and that starts with quality. Detroit has a story to tell there, too, although for now it's mostly a Ford story. That is, Consumer Reports, long a critic of Motown's collective offerings, says customers now perceive Ford's metal to be neck-and-neck with Toyota.

Somehow, Detroit's auto makers seem finally to have come to the conclusion that the way to survive and thrive is to sell vehicles people want to buy at a fair price. Given the funereal auto show here of 2009 and the faint-hope Detroit show of 2010, the 2011 almost felt like a victory celebration.

Except it was impossible to find a single car company type claiming victory. Fired up? Sure. But the recent near-extinction of Detroit's auto makers has had both a humbling and a sobering effect on Motown - for now.

Now we'll see if this incipient Motown revival has legs. And that all depends on the products.

Updated: The latest and greatest from Detroit More photos from the auto show, from the fastest sports cars to the quietest electric vehicles, there's lots to see at the auto show in Motor City 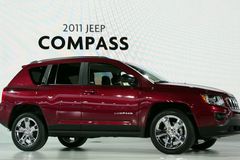 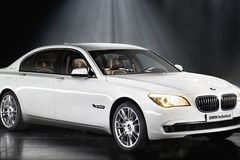 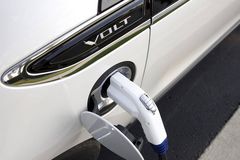 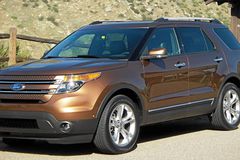 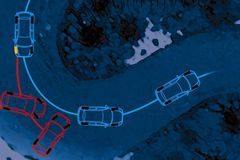