The Canadian Motorsport Hall of Fame welcomes its 2012 crop of inductees at its gala on Saturday, with Montreal's Dick Foley headlining the list of seven new members.

A more than worthy inductee, some motorsport fans might wonder why Foley isn't already in the hall. The fact that he was the only Canuck to start the first ever Daytona 500 back in 1959 should be enough to get him in. For reasons known only to the Hall of Fame, his nomination never made it through the selection process. So, rectifying that oversight with his belated induction is welcome and somewhat scandalously overdue. By the way, Foley finished a respectable 32nd out of 58 starters in the maiden Daytona 500.

His more famous — although many might argue it was infamous — achievement has to be causing the biggest pile-up ever in NASCAR when he instigated a 37-car wreck on the opening lap of a modified sportsman race at Daytona on Feb. 13, 1960. Foley lost control at the front of a huge pack in Turn 4 and chaos ensued. When the dust cleared, there were cars strewn everywhere on the track and the infield, and even one in the lake in the middle of the oval – but miraculously, no one was killed. Foley retired in 1962 and later became a track owner when he bought Quebec's Riverside Speedway.

In two decades of CART racing, Andretti took the chequered flag 42 times, including 10 wins in 32 starts in Canada. Along with a record seven victories in the Toronto Indy at Exhibition Place, Andretti also won three times on the now defunct False Creek street circuit in Vancouver. In CART, Andretti also raced three times at the Sanair Super Speedway in Saint-Pie, Que. and once at the Circuit Gilles-Villeneuve in Montreal.

Andretti retired from active racing following the 2003 Indianapolis 500, but stayed in the paddock as a team owner. His team has taken two IndyCar titles with Dan Wheldon in 2005 and Dario Franchitti in 2007.

Andretti's connection to Canada continued in 2012 when he signed James Hinchcliffe from Oakville, Ont. to race for his team. The 25-year-old racer will also be the guest speaker at the gala.

When he gets to the podium, Hinchcliffe might still be on a high from last weekend's fabulous performance on the streets of Long Beach, Calif., where he qualified sixth – though a penalty for an engine change put him 10 spots further back on the starting grid.

Undaunted, Hinchcliffe slowly weaved his way to the front and was lying fifth on the final lap when his teammate Ryan Hunter-Reay tried an overly ambitious passing move on third-placed man Takuma Sato. The cars touched wheels, with the Rahal Letterman Lanigan driver nosing into the tires. Hunter-Reay was penalized 30 seconds for his aggressive move, which elevated Hinchcliffe into his first career podium finish in third.

The IndyCar sophomore may also be sporting a clean shaven face for his address at the gala, after promising to remove his beard when he scored his first top-3 finish.

So far, hiring Hinchcliffe has looked like a great decision for Andretti. After three races, Hinchcliffe lies fifth in points with 95, and he is just eight markers out of second overall. The IndyCar points leader is Penske's Will Power with 127. Drivers get 50 points for a win. Hinchcliffe's teammates Ryan Hunter-Reay is sixth on 81 points while Andretti's son, Marco, is back in 18th overall with 45.

Hinchcliffe will need to talk fast and Andretti won't have much time to savour his new honour, as both must get back to Indianapolis to prepare to fly to Brazil next week for the Apr. 29 race on the streets of São Paulo. Last year, Hinchcliffe qualified 11th and finished ninth in Brazil driving for the now defunct Newman/Haas team.

The 18th annual Hall of Fame Gala takes place Saturday at Toronto's On the Park Events & Conference Centre. Tickets are $195 and may be purchased by calling 905 852 6764. 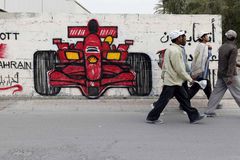 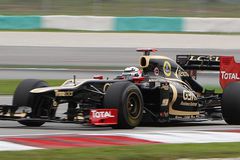 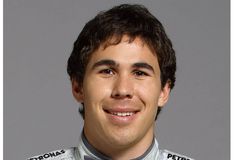 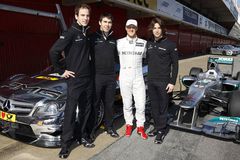 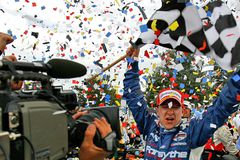 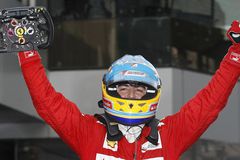 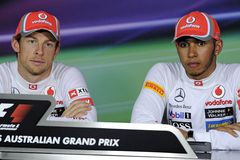 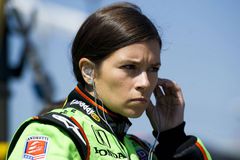