MICHAEL BETTENCOURT
MONTREAL
Special to The Globe and Mail
Published May 22, 2014 Updated May 11, 2018

Overall Rating
7.5
Looks Rating
7.5
Looks
More bubbly and stubbier than its longer Versa Note hatchback sibling, likely just behind Kia Rio design-wise in this class
Interior Rating
7.5
Interior
Modern and fairly equipped, the base S will forever chastise you for your frugality, while back seat space is cramped for longer-legged adults
Ride Rating
7
Ride
Bouncy as expected on rough roads, but only in Canada does Micra feature front and rear sway bars, or a rear heating duct
Safety Rating
6
Safety
It’s small with a sharp focus on keeping its price low, not adding the most safety features, though side bags and side curtains are both standard
Green Rating
8
Green
Not as fuel efficient as the larger Versa Note with the same engine but a CVT, we observed a respectable 7.0 litres/100 km figure

Nissan Canada pulled research from Hyundai Canada's launch of the sub-$10,000 three-door Accent hatchback in 2008 to help persuade cost-conscious executives in Japan that it could adapt the Micra to North American safety and emissions standards, even though the car would not be going to the U.S. market.

The base model 2015 Micra S arrives with a five-door layout and four-figure starting price, and like that Accent is devoid of air conditioning, automatic transmission, power door locks and power windows. Nissan insists there's a real market for the bare-bones version, in Quebec especially, but believes it will account for only 5-to-10 per cent of overall sales. Amen. After driving this model in Montreal's sticky heat last week, a certified used car with air seemed a smarter buy.

But $10,000 is still an astoundingly low price for a brand new car, the lowest MSRP in Canada by almost $2,000. How did Nissan pull it off? By sharing components across various models, and producing the car in an efficient plant in Mexico, where costs are lowered by government subsidies and lower wages. The Micra is built on a modified version of Nissan's V-platform that also underpins the Versa sedan and Versa Note. With more than one million platform-mates globally, manufacturing efficiencies allow Nissan and its dealers to profit, even on base models.

An automatic transmission – packaged with air and cruise – on the base model adds $3,300 to the price but is only $1,000 more on the upgraded models, where air and cruise are standard.

Optioned out, the automatic Micra SR will set buyers back almost $20,000, including destination and handling charges, but not including taxes.

Still, the Micra is a star in its small sub-subcompact subclass. At $2,500 in savings with air and automatic compared with a similarly equipped Versa Note, buyers will likely overlook Micra's smaller size and fewer available features.

The Micra is sold in 160-plus countries yet the Canadian base model has one of the lowest starting MSRPs save for a less-equipped version sold in India. Still, our Micra does receive some unique upgrades designed specifically for this country including rear-seat heating ducts and anti-sway bars in the front and back, said Tim Franklin, who was Nissan Canada's product planning manager through the gestation period. "If you buy a Micra in northern Europe, your feet are going to be cold," he said. "We want folks to have a good experience with this car, so they come back for a Rogue or a Juke or something else."

Nissan also made standard some features that are optional in other countries, such as the fold-down driver's armrest and 60/40 split rear seats. "People play hockey in this country, so we wanted to make sure it was available on all models," Franklin said. Good thing too, as the cargo area's space is fairly small. A high roof and vertical rear glass help with space, too.

I drove three Micra models for approximately 90 minutes each. Consumers may be surprised that the smaller, lighter Micra uses the same peppy engine as the Versa Note, yet gets lower mileage. That's due largely to the Micra's optional four-speed automatic, compared with the Versa Note's more modern continuously variable transmission. The Micra's fuel consumption puts it about mid-pack in this segment: we saw 7.0 litres/100 km.

It comes with more power than most in the class too, and it feels especially peppy with the five-speed manual. Those two sway bars don't make the Micra a dynamic ninja, but its handling holds up well in this segment. It's far from whisper quiet; with wind noise drowning out conversation at highway speeds, yoga-worthy contortions were required to wind up the slightly open rear window in the base model. Even with all the windows up, the restrained thrum of the engine makes rivals such as the three-cylinder Mitsubishi Mirage sound like screamers by comparison.

One man’s desperate hunt for a street parking spot to call his own
May 12, 2018 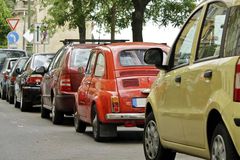 Great decade made all the difference for Jaguar Land Rover
May 11, 2018 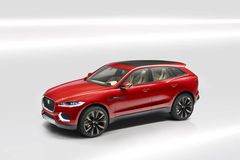 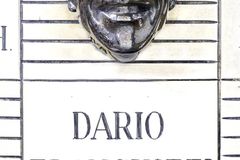 Drug-impaired driving is an increasing problem
May 12, 2018 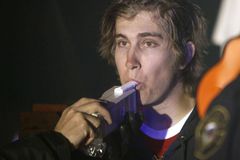 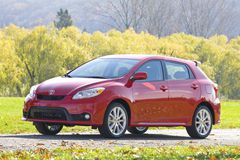 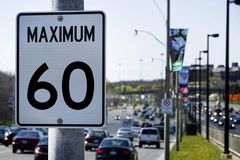