Jessica Leeder
VERBIER, SWITZERLAND
Special to The Globe and Mail
Published May 25, 2015 Updated May 15, 2018

With the sun beating down on the smooth roads that form zig-zag connections between the storybook hamlets dotting the Alps, Audi's all-new Q7 is practically grinning as it cuts into hairpin turns, devouring this picturesque up-mountain route.

So are its drivers. Completely redesigned for the first time since its arrival on the market nearly a decade ago, the 2016 Q7, in both diesel and gas iterations, has had a frustratingly long gestation. But the wait, it's safe to say, was more than worth it.

The new Q7, which will debut at Canadian dealers this December, has shed more than 317 kilograms, a few centimetres in length and the boxier feel of its predecessor. Gone is the bulbous quality that reminded drivers they were indeed piloting Audi's largest SUV. This iteration is right at home amongst the motorcycles and sports cars that have escaped for a spring joyride along the iconic Swiss mountainside.

Boring into corners is the Q7's strong point – it practically eats up asphalt and asks for more, giving off the sensation of shrinking itself to whip around tight bends without any lag. Nothing about the Q7's drive is cumbersome, save for a tiny lag in the TDI when a quick press of the gas pedal asks for more power to execute a quick acceleration. Given the total package here, this is likely something even discerning drivers will make peace with.

The SUV's interior is a spacious capsule of luxury. The revamped cabin is anchored by a svelte front dash with air vents that run the width of the cockpit, emphasizing the roominess that somehow manages not to convey bulk. The dash, which leaves plenty of passenger legroom, feels as though it has been cribbed from a smaller sedan – this is a good thing – and pays homage to the Q7's A-series brethren. Optional heated steering plus heated, cooling and massaging seats leaves both driver and passenger wanting for nothing.

In the rear, the Q7 is equally luxurious. Passengers (particularly the under-16 set) have the option of being entertained by the all-new Audi tablet, a proprietary Android device custom-designed to lock into the back headrests, enabling passengers to do all they could on, say, an iPad and then some. Developed with a smash-proof screen that gives the tablet an edge on glass-surfaced iPads (which threaten to shatter into a million pieces if hit by a passenger head during a crash) the tech-savvier slice of the market will no doubt determine whether this add-on will be a success.

Adding to the interior luxury is what Audi is calling '3-D' sound systems. Available in standard Bose or upgraded Bang & Olufsen, these next-gen stereos transform the Q7 into a mobile theatre.

Then there are the litany of driver-assist features that will catapult this SUV to the top of the market, earning marks for both convenience and safety. Case in point: the Q7's technology is designed to detect human-like movements that pose a threat more than one lane away; paired with an automatic break function that reduces speed up to 40 km/h, it is literally equipped to save lives.

The most unique driver assistance feature, though, is the trailer park assist. It removes the neck-crunching elements of parking a rear-towed load and transforms the task into something one dares to call easy.

With all of this, the new Q7 actually has the power to take much of the work out of driving. Piloting it is such a pleasure, though, you might not want it to.

You'll like this car if ... life requires you to drive an SUV but you lust after sportier sedans.

This long-awaited redesign has enough sass and magnetism to make you choose to drive an SUV – even if you don't have to. 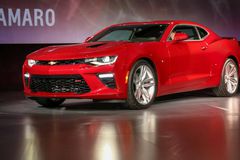 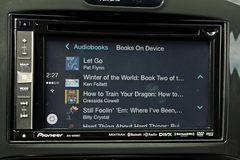 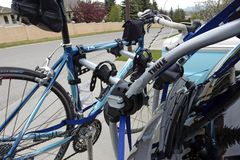 Peter Cheney: Whatever happened to the epic road trip in a tiny car?
May 15, 2018 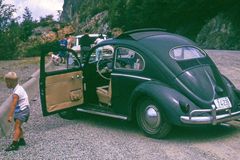 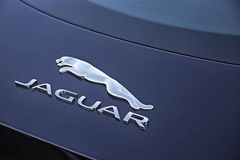