Should the thought of your passenger reaching over to change your carefully selected song or radio station make you cringe, then the 2016 Audi TT Roadster is for you.

In keeping with the TT's reputation for style and interior innovation, it's available with a high-tech virtual cockpit that not only replaces the gauges in front of the driver with a high-definition digital screen, but also incorporates the navigation system, infotainment displays and radio station presets within that same large digital cluster. It's a beautiful feature, its 800 candelas about twice the luminosity as regular screens, says Audi. The display is nicely framed through the steering wheel for the driver, visible yet notably far from the passenger.

And one of various hints for the passenger to lay off the controls.

Adjusting audio settings means digitally resizing and moving the speedometer and tachometer, partially obscuring the viewable map area. It's a mesmerizing digital transformation worthy of a Michael Bay film, but with us following a GPS route on unfamiliar roads just outside this Spanish Mediterranean island's largest city, this temporary route vanishing was enough to dissuade radio use.

Which just didn't seem right in a luxury two-seat droptop, where design and cool factor outdo sporting thrills as its prime personality traits.

This third-generation TT Roadster's exterior transformation is subtler than its futuristic interior makeover, the 2016 TT's more angular lines and an overall tougher appearance especially apparent with the three generations parked next to each other at the staging area. The latest one retains the cloth top that allows long weekend-ready trunk room as well as a fast 10-second transformation up or down.

With standard all-wheel drive and a choice of 2.0-litre turbocharged four-cylinder engines, Audi is not targeting the performance leaders in this sporting class, which mostly come with handling-friendly rear-drive and larger, more powerful engines, occasionally even tucked behind the driver for the ultimate in track-ready balance. Yet the base TT's 230 horsepower provided pleasingly energetic responses to the throttle, especially if you worked the fast-shifting dual-clutch transmission's paddle shifters often. You'll want to opt for the TTS model and its 310 ponies if you're after real straight-line thrills – with a surprisingly minimal fuel efficiency penalty, at least when sedately driven.

Audi TTS spotters will want to look for the silver rearview mirror housings, and the quad exhaust pipes, versus two in the base TT. Exact pricing for the new 2016 TT Roadsters are expected closer to their on sale date in late summer, though 2015 TT Roadster pricing suggests they'll land somewhere near $55,000 for the base TT, and about $10,000 more for the TTS.

If so, that's fairly good luxury two-seat value for those wanting fun, comfort and interior wow factor. And perhaps a subtle digital hand smack to the passenger.

You'll like this car if ... You want an eye-catching two-seater with as much style inside as out, but can also provide some back road thrills on golf weekends or romantic getaways.

The TT Roadster packs on technology and style to spare. 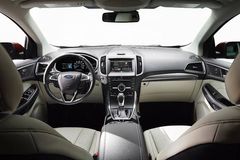 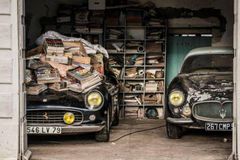 U.S. man gets ticket for eating while driving - chew on that
February 9, 2015 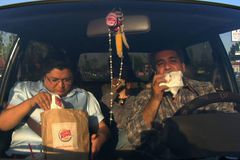 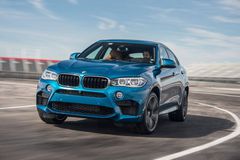 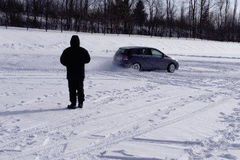