In the 2016 go-round for North American Car of the Year, 21 new cars made the list of candidates. After the first round of voting, the roster was trimmed to 10. One of them is the 2016 Kia Optima.

In photos: Vehicles short-listed for 2016 North American Car and Truck of the Year

To make a list that also includes the BMW 7 Series, the Mazda MX-5 and the Toyota Prius, Kia has clearly moved beyond the simple formula of more kit for less money. Like its parent, Hyundai, Kia is earning critical respect through solid design and engineering.

The design side was already achieved with the previous generation, which was one of the first fruits of Kia's hiring of former Audi designer Peter Schreyer. But by Kia's own admission, the old car still lagged in the engineering-critical areas of ride, handling and refinement.

The 2016 redesign aims to address those dynamic shortcomings while subtly evolving the widely lauded exterior shape. At the same time, Kia's goal was to "over-deliver" on the interior, to overcome consumers' low expectations that go back to Kia's entry-level legacy.

Under the hood the carryover 2.4-litre base and 2.0-litre turbo four-cylinder engines are re-tuned to trade some top-end horsepower (now 185 and 245 hp respectively) for fattened low- and mid-range torque. There's also a new additional powertrain – a 1.6-litre turbo four mated to a seven-speed dual-clutch transmission. The 1.6T cedes seven horsepower to the 2.4 but delivers 17 lb-ft more torque between 1,500 and 4,500 rpm than the 2.4 does at its 4,000-rpm peak.

Other dynamics-related upgrades include a dramatically stiffer body structure and measures to improve the feel and precision of the electric power steering. The 2.0T models get a more-premium rack-mounted EPS that promises even better feel than the standard column-mounted system.

While most rival mid-sizers allow you to mix and match two or three trim levels with various option packages and/or engines, Kia offers seven trim grades, each with its own combo of features and engine. Expect pricing to start at approximately $23,500 for the base 2.4 LX and top out at around in the mid $37,500 for the 2.0T-engined SXL.

Notable in a base model, the LX has automatic, alloy wheels, Bluetooth, SiriusXM and heated door mirrors. Step up to the LX+ and you're already into 12-way power driver's seat, push-button start with smart key, hands-free trunk release and even a heated steering wheel.

Clearly, Kia hasn't abandoned its features-for-the-dollar USP, but the 330-kilometre preview route through the Colorado Rockies also signalled Kia's confidence in the Optima's dynamic portfolio (though, wisely, Kia chose not to expose any 2.4s to the route's 2,500-3,500-metre elevations). I started in the 1.6T – a quiet, solid performer that showed 7.4 litres/100 km on the trip computer after a spirited 160-kilometre drive. Apart from some needling high-frequency engine harshness at high rpm, the 1.6T impressed with its quiet comfort, especially in cruise mode. Wind noise was noticeable by its absence, the ride cushioned and composed. The combination of base steering and tires still didn't deliver state-of-the-art feel and response, but the car corners with confident competence.

Switching to a 2.0T, the on-centre steering feel was certainly more pleasing, but the ride on chubby 18-inch tires admitted more thump and jar into the cabin.

So, will the Kia Optima be the 2016 North American Car of the Year? I doubt it. But even making it to the final 10 is a telling endorsement that Kia is coming of age.

You'll like this car if ... You appreciate getting high-end features at a low-end price, but not at the expense of sound engineering and a comfortable, satisfying drive.

The Optima can still trade on its superficial features-per-dollar showroom appeal, but now it has sound engineering and decent driving dynamics to seal the deal. 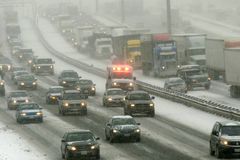 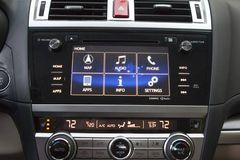 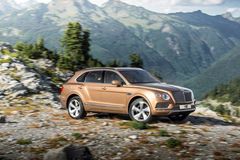