Mark Hacking takes the 2017 Acura NSX for a spin on a race track. "This is an impressive piece of equipment"

The all-new Acura NSX is finally here and, to everyone but the crustiest of critics, this hybrid supercar will have been deemed well worth the wait. It’s been 25 years since the original NSX roared off into the sunset, and ever since enthusiasts have pestered the luxury division of Honda to restore the natural order of things. 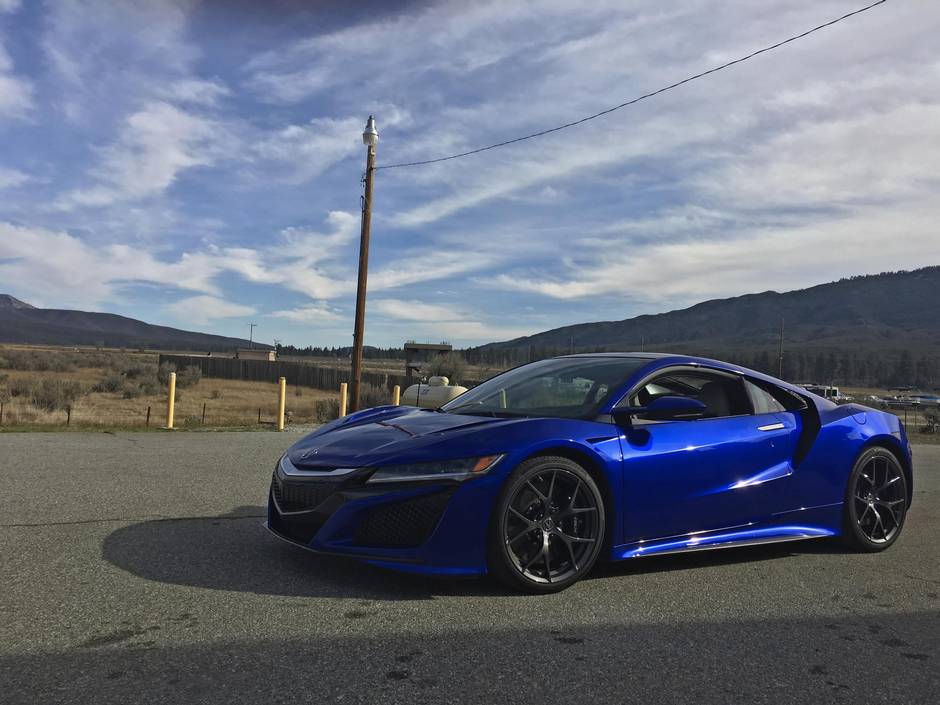 Consider the order restored, then. Or, rather, consider the 2017 Acura NSX to be the supercar that establishes something entirely new.

So, no, the new NSX is not necessarily much like the original. The original had a naturally aspirated V-6 and less than 300 horsepower; this new hybrid powertrain boasts 573. The original came standard with a lovely six-speed manual; the nine-speed dual-clutch automatic fitted to the 2017 model shifts like the Millennium Falcon by comparison.

To learn more about these and other qualities of the latest Acura, we were put into two different environments. We had the benefit of 12 hard-charging laps (this is a hybrid supercar, get it?) of a private racetrack called the Thermal Club. And we were afforded a few more hours with the car to drive up and down a small mountain in the middle of the desert. 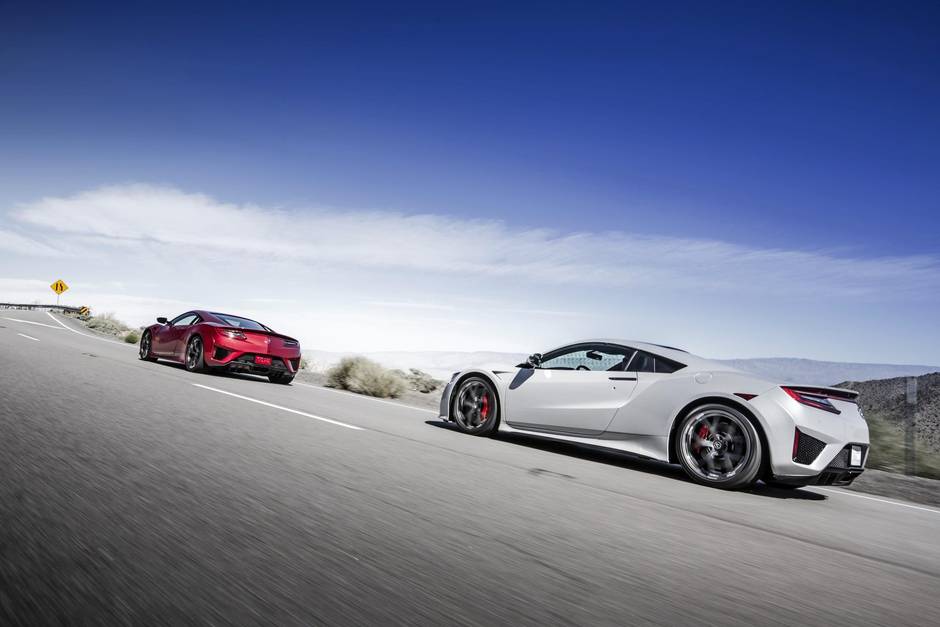 The car is brilliant at transferring power to the ground and hurtling forward from a dead stop. (Acceleration figures were not quoted, but early reports have the NSX hitting 100 km/h in three seconds flat.) The regenerative braking system is the most confidence-inspiring hybrid stopping technology we’ve ever tested, especially when augmented by the optional carbon ceramic package. And the Sport Hybrid SH-AWD system brings to the track driving experience entirely new angles; torque-vectoring helps to bend the car into the corners and the two front-mounted electric motors help drive it right back out.

The open road provides the chance to sample all four of the different drive modes in a more relaxed manner. At one extreme, quiet mode is the one for brief all-electric cruising at speeds below 80 km/h. This mode lasts for a scant 3 kilometres, but it’s worth noting that the NSX boasts incredible fuel efficiency nevertheless – even in city driving. At the other end of the sliding scale, there is race mode, which alters the level of intervention from the traction control system, engine note, power delivery characteristics transmission quickness and adaptive damping system settings. 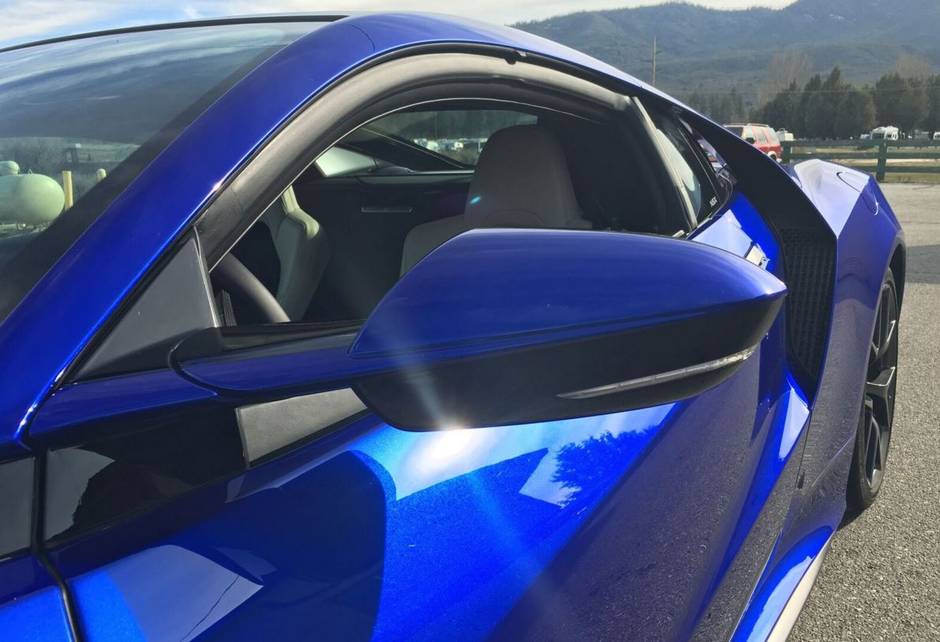 Insiders at Acura call the original NSX “a disruptor”; when it arrived, it forced the more established supercar builders to rethink their approach to the highest-performing segment. These same individuals are hoping that history will repeat itself. The modern supercar is better than ever: more powerful, easier to drive, more comfortable, better built. And there’s no doubt that the 2017 Acura NSX is a modern supercar.

You’ll like this car if ... You like your supercars technologically advanced and a little out of the ordinary. 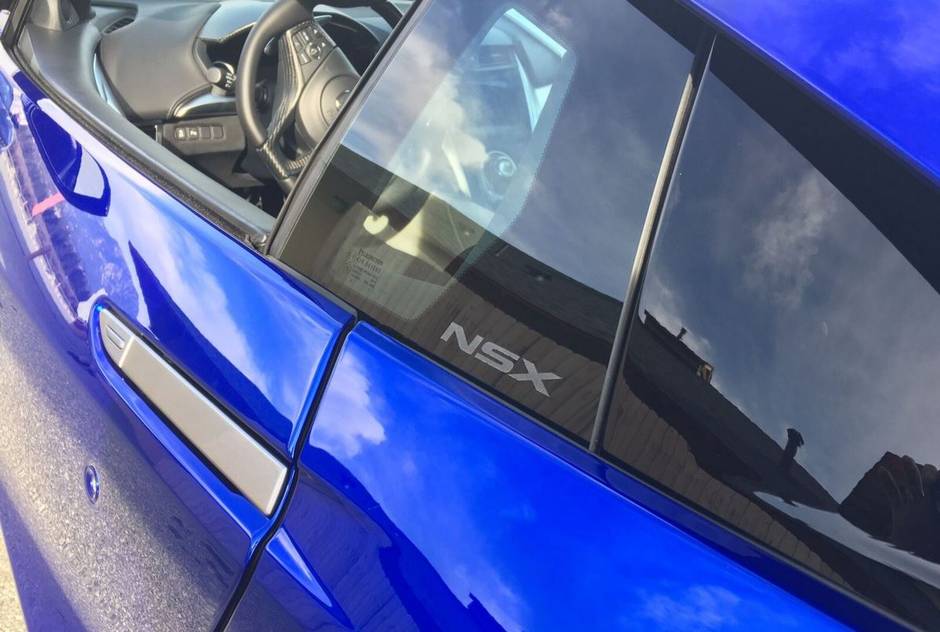 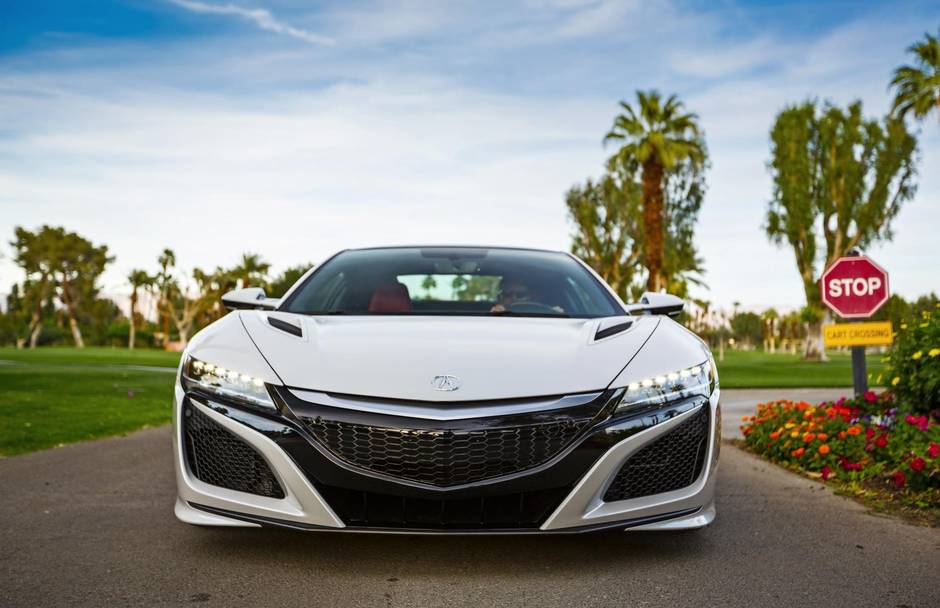 Looks: On the drive route in car-obsessed California, people in the vicinity were tripping over themselves trying to snap a photo or string a Vine. If that isn’t a sign you’ve got something special on your hands, nothing is.

Interior: The metal, leather and carbon fibre elements convey a genuine sense of style and quality. The navigation system and some controls are borrowed from much less expensive Honda products. For sure, this is disappointing – but Audi and Ferrari blazed this same trail with their supercars years ago, so it can be forgiven.

Performance: The NSX is fast, to be sure. But straight-line performance pales in comparison to the nine-speed dual-clutch automatic (ridiculously good), regenerative braking system (the best of its kind) and sheer fun-to-drive ratio (which is stratospheric).

Technology: The hybrid drive system alone features three different electric motors. The AWD system enables torque vectoring at every corner and on every wheel. The mixed-material structure of the car is a reported two to three times as rigid as its nearest competitor. The Ohio factory where the NSX is built is being considered for 12 different patents, all related to new manufacturing methods.

Cargo: The trunk has enough space for two overnight bags or a pair of briefcases. But after an afternoon behind the wheel, everything in there feels like it’s been at the boiling point for hours. 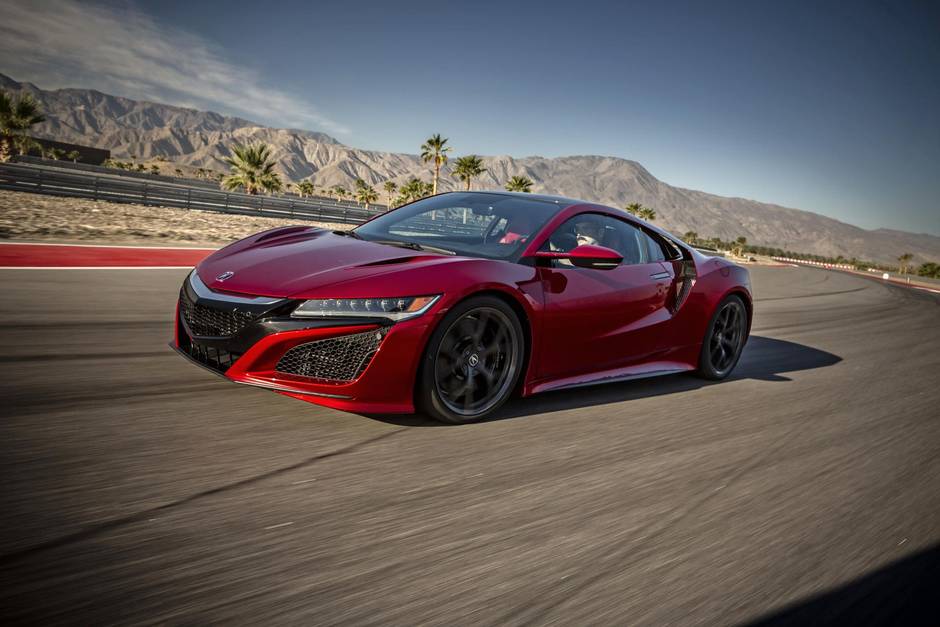 There are more than a few quirks to the Acura NSX but none take away from the fact that this thing is a blast to drive. 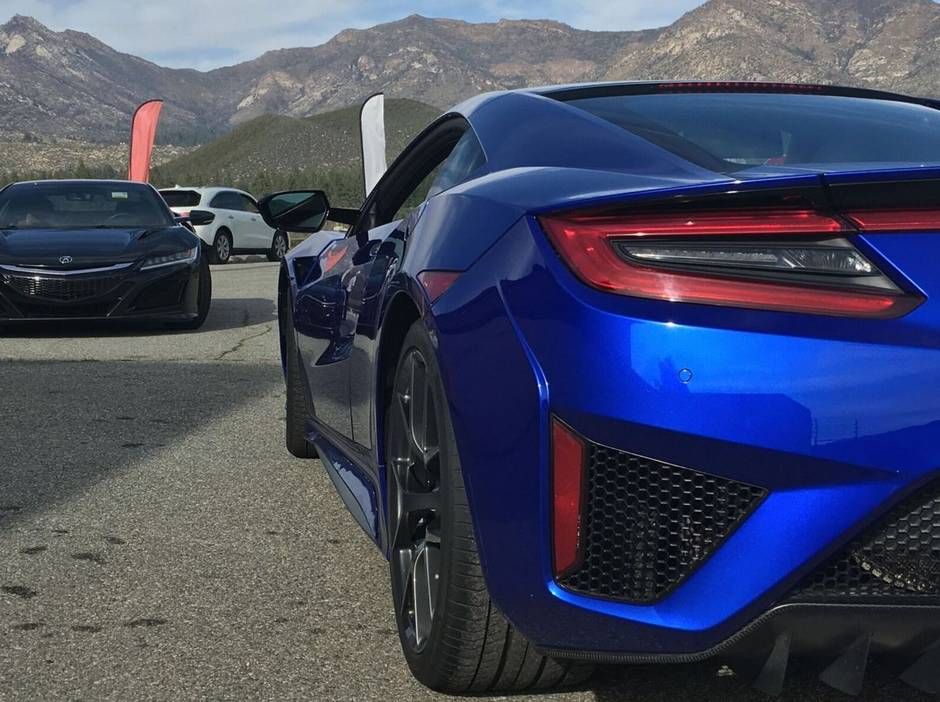