The Honda Civic hatchback is the same as the basic Civic, except, yes, it’s a hatchback. It costs a bit more, too. That’s it, in a nutshell. For the long version, read on.

In 1973, the Honda Civic hatchback arrived in Canada and, if you had about $4,000, you could have one parked outside your apartment. It made a name for itself in a post-oil-crisis world for being frugal and rusting quickly. 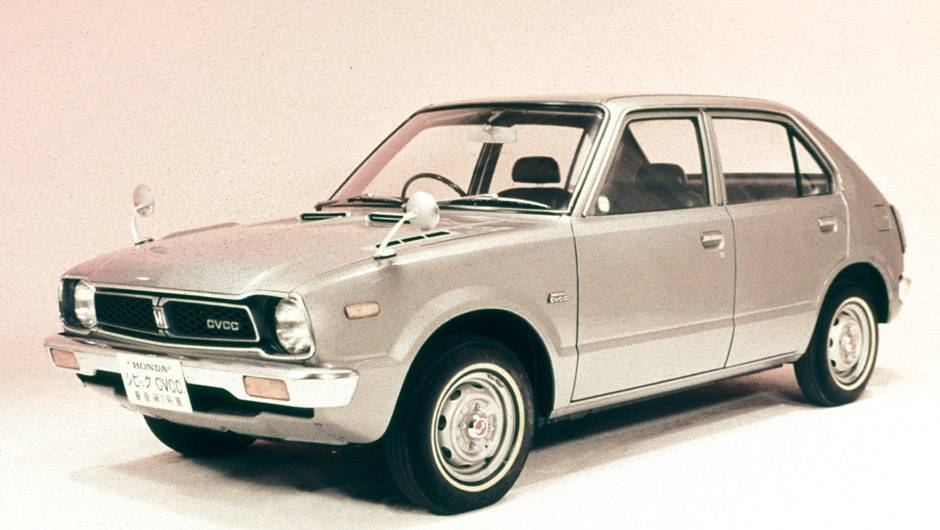 In 2016, the Honda Civic is still here and, for the 2017 model year, it will again be available as a hatchback.

Any rust issues are long forgotten and that original Civic now looks quaint. It looks like joy incarnate, inspiring nostalgia even in those born long after 1973. If you were patient with its tiny four-cylinder engine, that old Civic would return fuel economy that would shame a modern hybrid. It has become a classic, in large part because it was the beginning of a dynasty.

Related: How the Civic hatchback has evolved since the 1970s

The Civic is on pace to defend its title as the best-selling car in Canada for the 19th straight year. It begs the question: If the Civic sedan and coupe are proving so popular, why bother making a new hatchback?

“They’re trying to get at us left and right; the competition is not going to sit still,” says Hayato Mori, senior product planning manager at Honda Canada. The hatchback is one of three new Civic variants coming soon, including a range of sporty Si models and a fast-and-furious Type R. 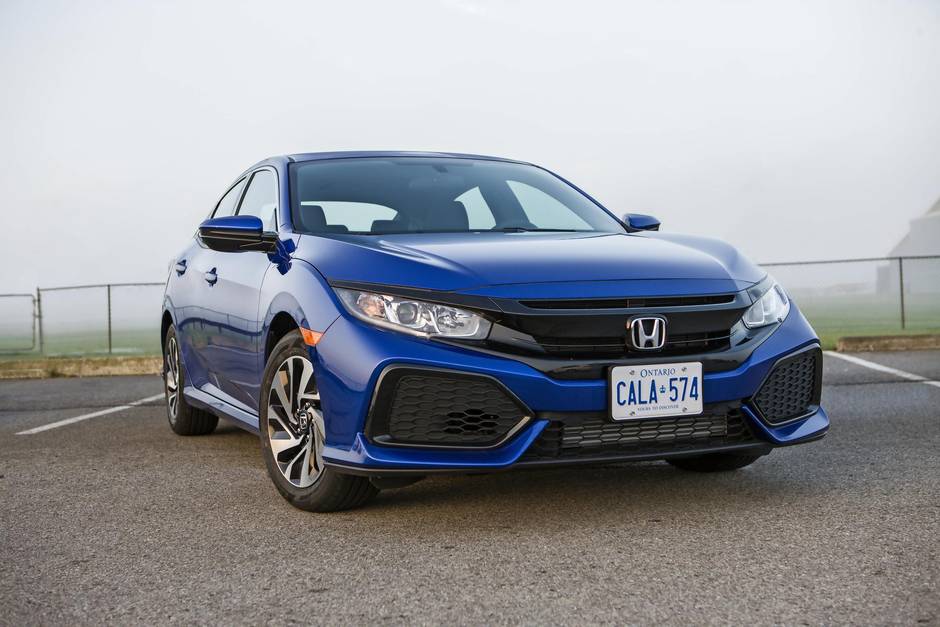 You will need considerably more than $4,000 to park the new Civic hatchback outside your condo. It starts at $21,390, which is more than the sedan’s $17,823. For that extra money you get more than just a fifth door; there’s also a better engine, heated seats, rearview camera, alloy wheels, infotainment screen and remote entry, among other luxuries.

As disappointing as that may be for drivers looking for the ultimate in practical, affordable transportation – those, in other words, looking for the original Civic – hatchbacks aren’t what they used to be. Across the market, compact hatchbacks demand a premium over their sedan counterparts. The 2017 Civic hatch tops out at more than $30,000, and you can bet the coming Si and Type R versions will approach or surpass $40,000.

That said, against a comparably equipped sedan, the hatch is the smarter purchase. If you’re moving, taking a road trip, or bringing home Swedish flat-pack furniture, the cavernous trunk of the five-door will be worth its cubic-feet in gold. 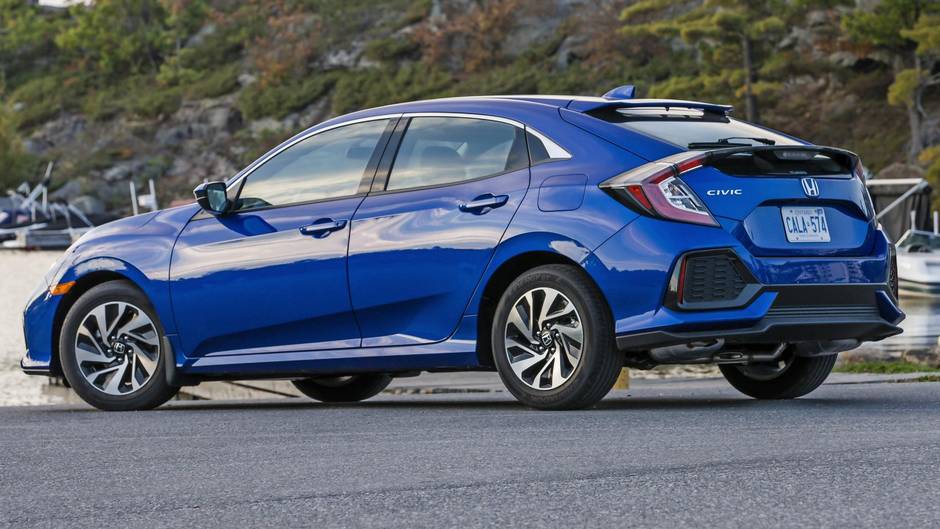 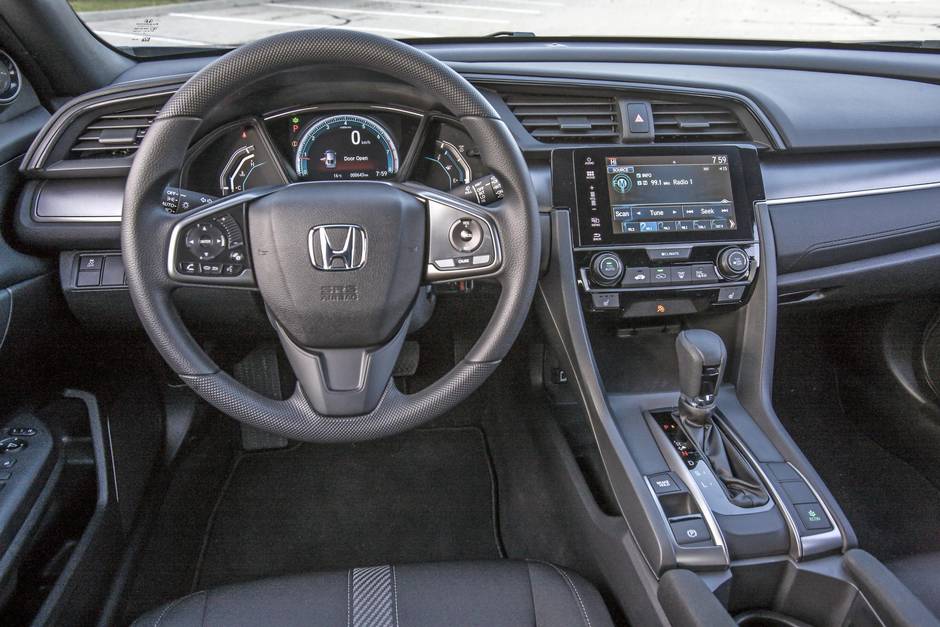 Looks: Stylistically, it’s a bit of a mess, with lines going in every direction and huge, fake, plastic air “vents” on the rear bumper. At least nobody will accuse it of looking bland. Differences from the sedan? It’s slightly shorter in length, it has boomerang-shaped rear lights, standard 16-inch alloy wheels and the front grille is black.

Interior: It’s a classy cabin for a compact car. The materials feel good, and the layout is clean. The hatch trades a little rear-seat passenger space for extra cargo room, so the back seats are slightly more cramped than in the sedan.

Performance: The zippy 1.5-litre turbo engine is standard. It puts out 174 or 180 horsepower depending on the trim level. The engine is paired with an easy-shifting six-speed manual or CVT automatic. For class-leading performance and handling, the Mazda3 is more fun to drive.

Technology: For safety, the Civic hatch gets top marks from both the NHTSA and IIHS. The Honda Sensing suite of technology is available with the base LX model for $23,690, and includes tech not usually seen at this price: front collision and road departure mitigation, adaptive cruise and lane keep assist. The in-car infotainment screen is poor though. It’s slow to respond and requires a lot of clicking.

Cargo: The trunk is cavernous, a cargo cave behind the rear seats. Some brilliant engineers at Honda came up with a sideways-sliding cargo cover, which means when you fold the seats down the trunk isn’t blocked by a heavy beam – which you probably would’ve taken out and lost, only to be found years latter while digging through junk in the basement. 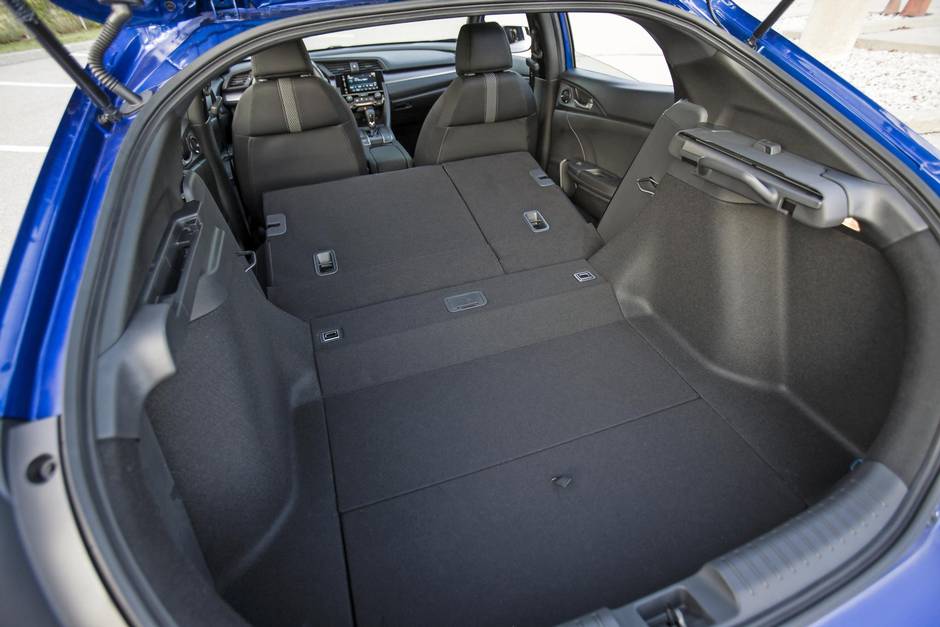 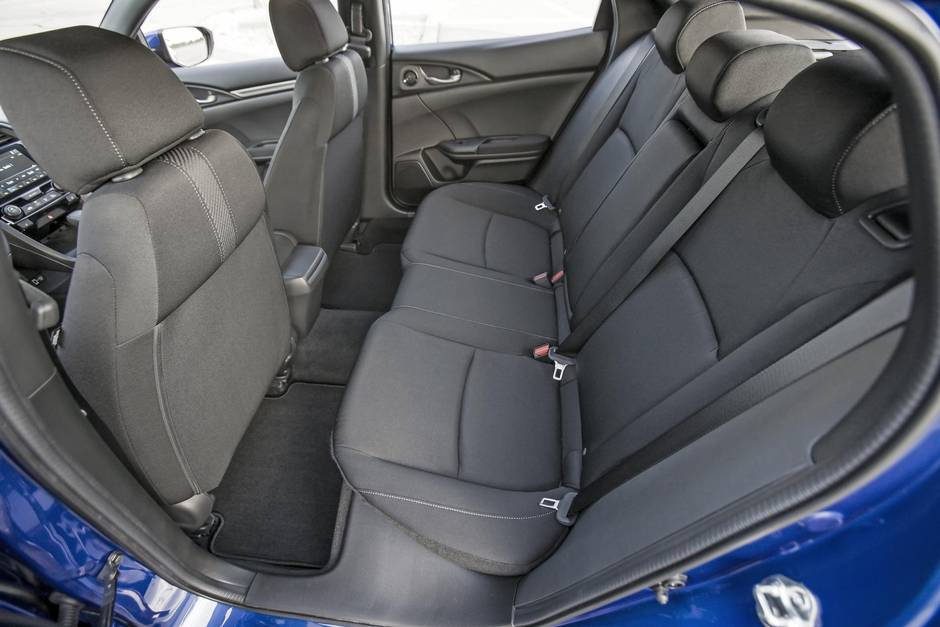 The most useful Honda Civic yet.