This is surreal. I’m competing in a timed autocross, driving a Hyundai Elantra. But it’s not the choice of car that seems all wrong, it’s the location: Hyundai pranksters have set up the slalom course on the roof level of a seven-storey parking garage in downtown Vegas. 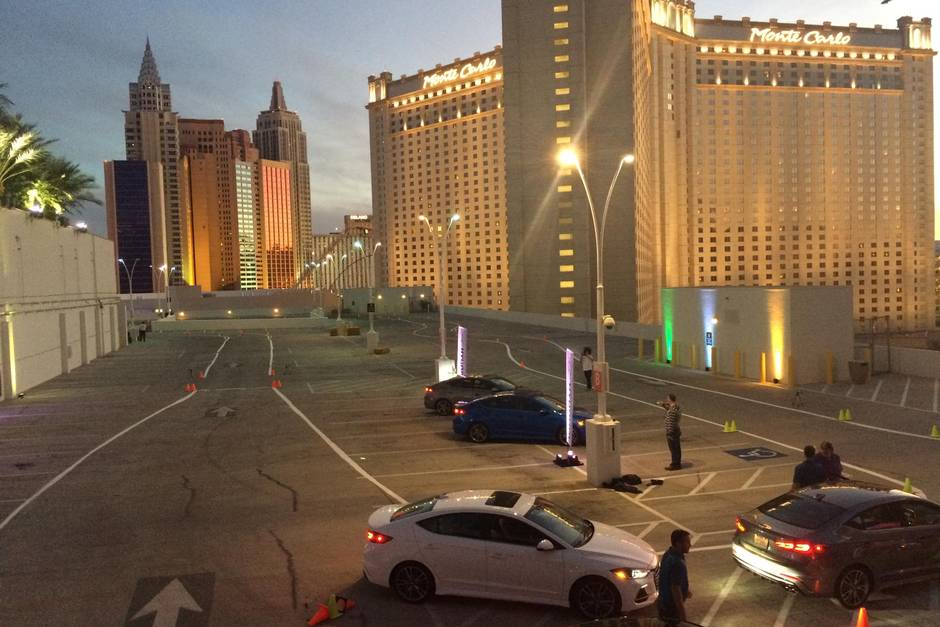 We’re shredding rubber and toasting brake pads only 50 metres or so from the bedroom windows of the Mandarin Oriental, a hotel so classy it doesn’t even have a casino.

It’s all in the cause of learning why, for the first time, the words Elantra and sport can credibly be used together in the same sentence – and not just because the car in question is called Elantra Sport.

This is different. The Sport deploys a turbocharged 1.6-litre engine generating 201 horsepower, a 37-per-cent hike over the standard naturally-aspirated 2.0-litre, and 195 lb-ft of torque, up 48 per cent. A six-speed manual cog-box is standard, and the optional automatic is a paddle-shift seven-speed DCT (i.e., automated manual) rather than the plain Elantra’s conventional six-speed slushbox. 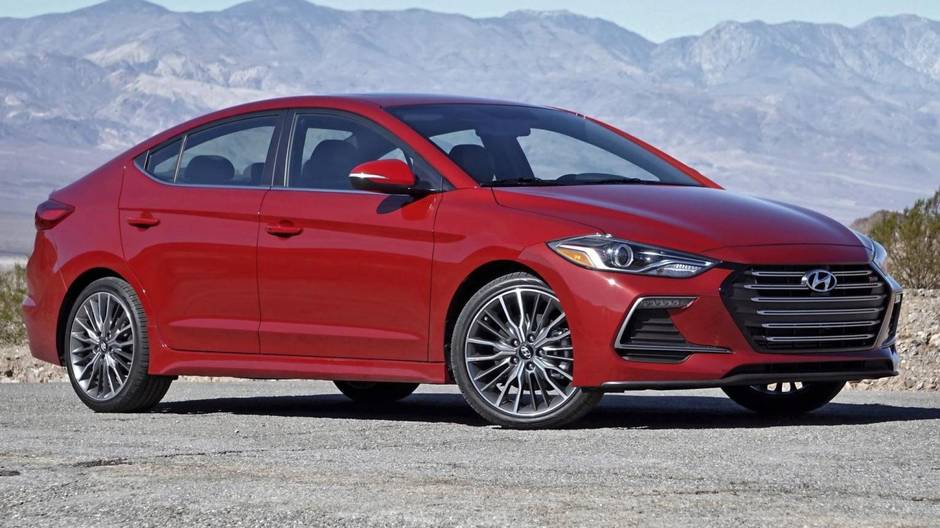 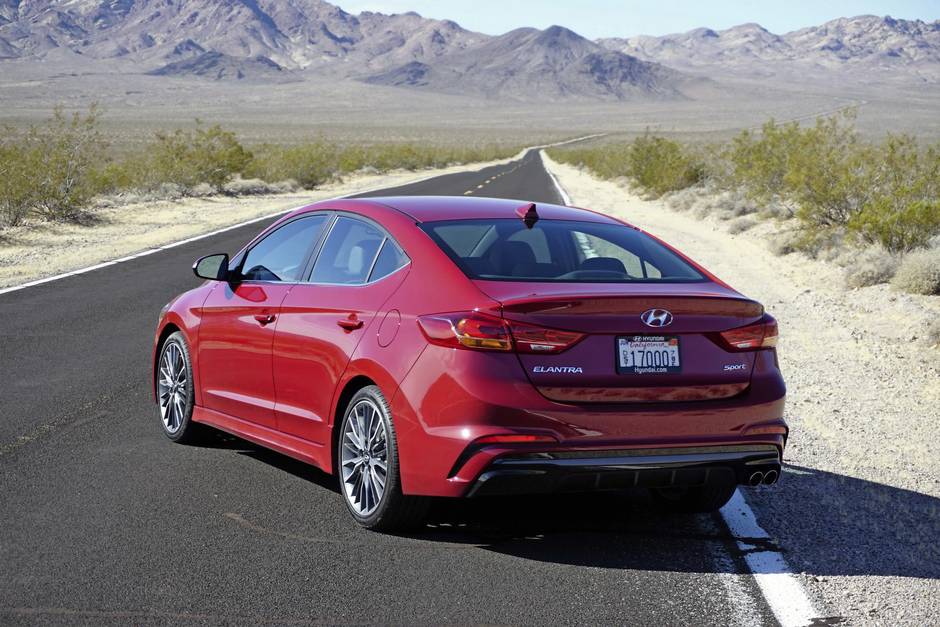 Still, the Sport isn’t exactly a hardcore pocket rocket. Its outputs are no match for, say, the 252-horsepower Ford Focus ST or the 268-horsepower Subaru WRX.

Then again, neither is the pricing. The Elantra Sport starts at $24,999 for the base model, $27,495 for the Tech. The 7DCT autobox adds $2,000 or $1,500 respectively. Extra kit on the Tech includes dual-zone climate control, an uplevel audio and navi. Regrettably, it doesn’t bring an eight-way power driver’s seat, which might have alleviated the never-quite-right-for-me adjustment range of the standard six-way manual seat. 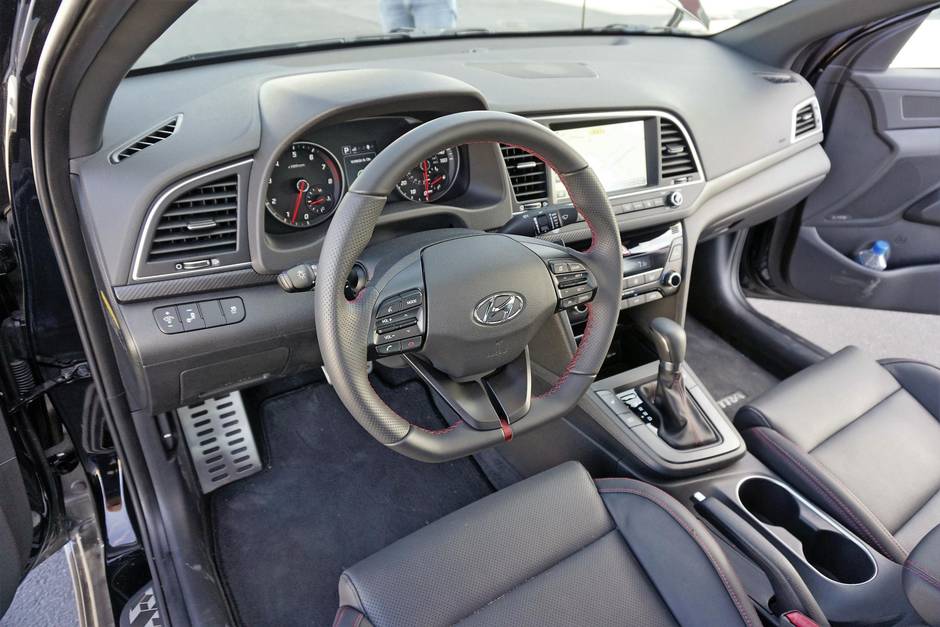 But nevermind the numbers and the specs. Somehow the Elantra Sport coalesces into a pleasing whole that is more than the sum of its parts. Hardcore boy racers may have expected something more in-your-face, but more mature gearheads will find this car nails a subtle sweet spot between quickness, agility, refinement and slick user-friendliness. 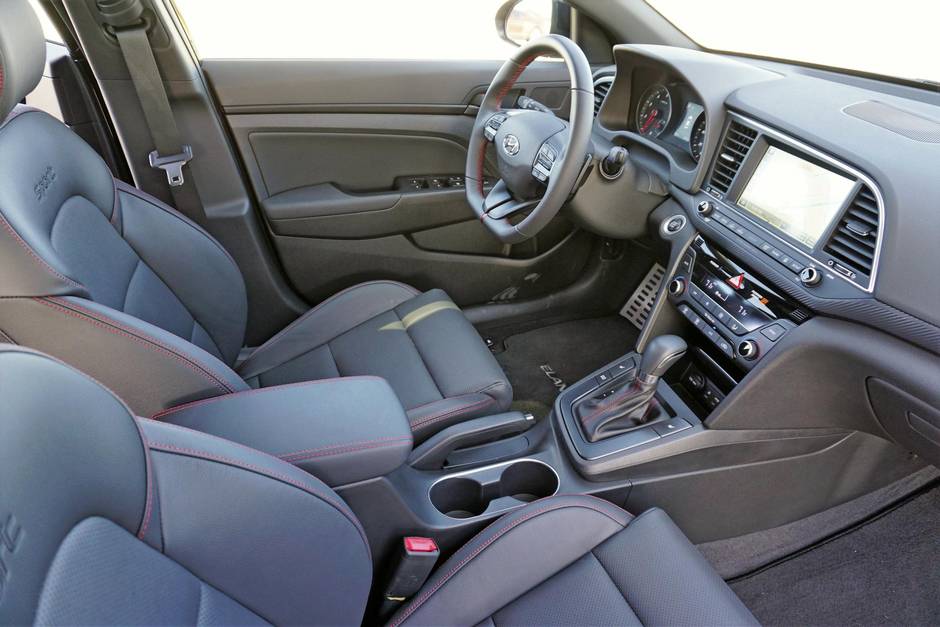 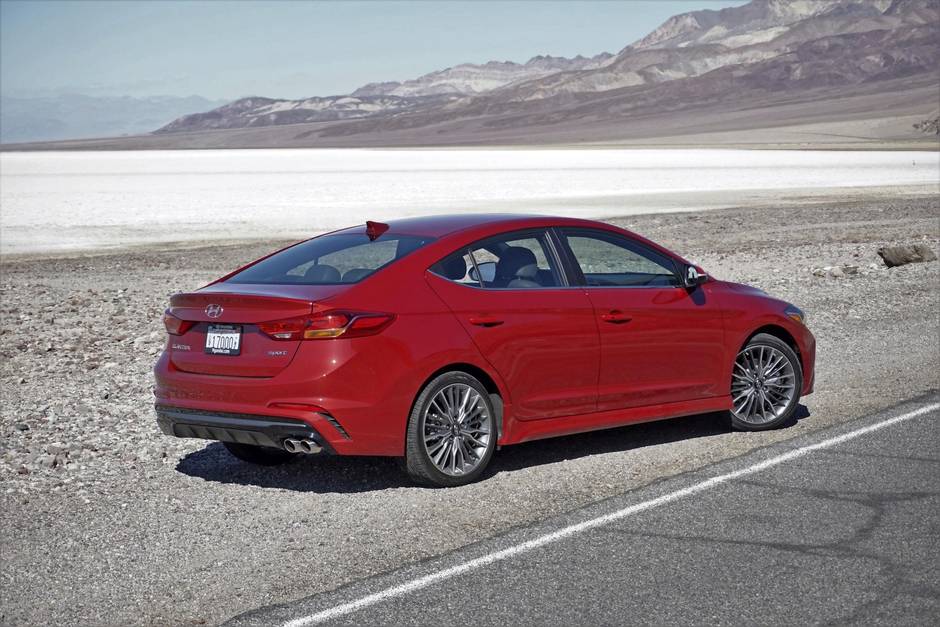 Looks: Hyundai toned down the Elantra’s styling for its 2017 do-over, and the Sport doesn’t exactly amp it back up again. The inevitable “go-faster” cosmetics are subtly integrated into a basic shape that is more classy than brash.

Interior: The function-before-form dashboard is ergonomically sound and the back seat is competitively roomy. The Sport trades some luxury and active-safety features for performance hardware. It does have leather and a heatable steering wheel, but the rear seat heaters or an eight-way driver’s seat of some other models are not available, and dual-zone climate control is only with the Tech package.

Performance: The real-world performance feels quicker than our measured 7.5-second 0-100-km/h time. Front-drive turbo cars are a challenge to launch effectively at the best of times, and test conditions were less than ideal. On the street, this is a well sorted turbo, with meaningful boost arriving well below 2,000 rpm. Fully wrung out, the engine is eager to rev, and if not as tuneful as, say, the Jetta GLI, it’s easier on the ears than the base Elantra engine. Steering feel won’t impassion the purists either, but the Sport manages to feel taut and agile without being edgy, all while preserving a decent ride. The manual shifter is user-friendly, the DCT smooth and responsive if not lightning quick.

Technology: You get Android Auto, but Hyundai still hasn’t done a deal for Apple CarPlay. Safety nannies are limited to blind-spot detection and rear cross-traffic alert, plus – on the Tech – rear parking sensors.

Cargo: The Elantra’s trunk is a little larger than average for its class, but the seat-folding arrangement is disappointing: the aperture is small, and the folded backrests are a big step up from the trunk floor. 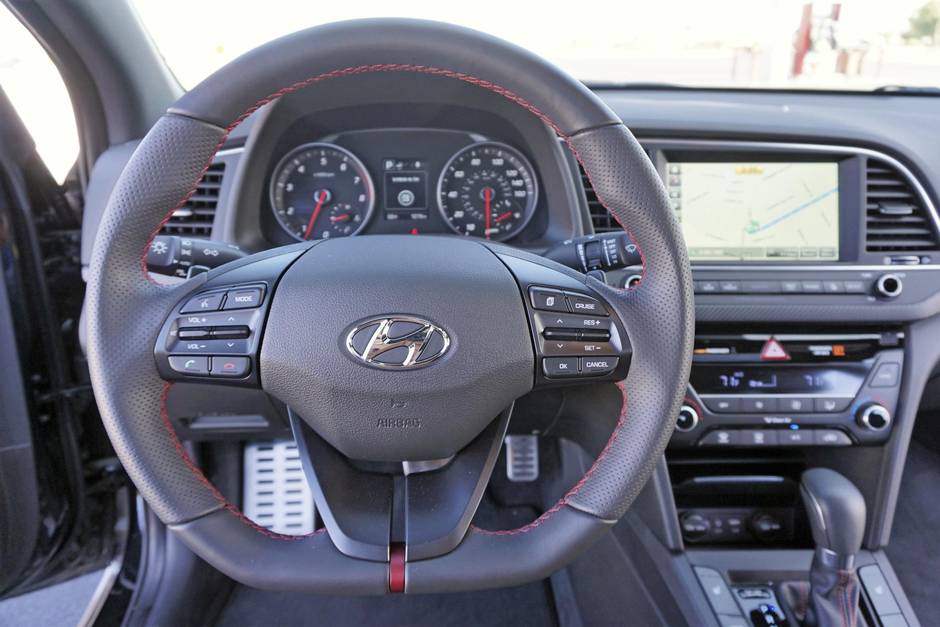 A well-priced sporty compact that even non-gearheads will find easy and pleasant to drive.