Take heed, Toyota Prius. Kia’s new built-from-the-ground up 2017 Niro hybrid crossover is ready to duke it out for your sales title.

Well, yes and no. Kia officials won’t specifically say so, lest it not work out the way they hope.

“No, not per se,” he said, following a product briefing deep in the heart of Texas. “You alienate a lot of people when you focus on the ‘cult’ of Prius customers.” 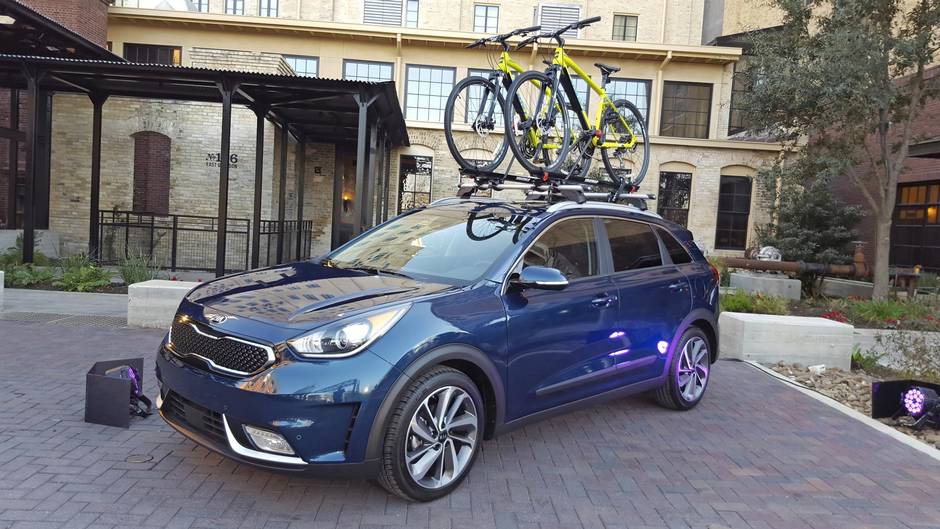 In other words, Kia believes the Niro will provide sales competition for the Prius and other eco-warriors – free of the geek factor stigma. Electric and hybrid vehicles can be polarizing. Think Chevy Bolt, BMW i3, the Prius, and so on. Many have that funky, green feel with their, uh, often unique, stylings. Kia, however, has gone to great lengths to make the Niro blend in with the conventional SUV pack. It’s a hybrid that conceals the fact that it’s a hybrid.

That’s not to say the Niro is just another run-of-the-mill ride in an over-populated segment. Au contraire. Technically, it’s a wagon, not a compact crossover, but crossover sounds cooler, and those sell like hotcakes. And it does incorporate several CUV/SUV design cues: it’s aggressive and athletic looking, featuring Kia’s signature tiger nose grille; and the ride is taller than expected, with wonderful sight lines. 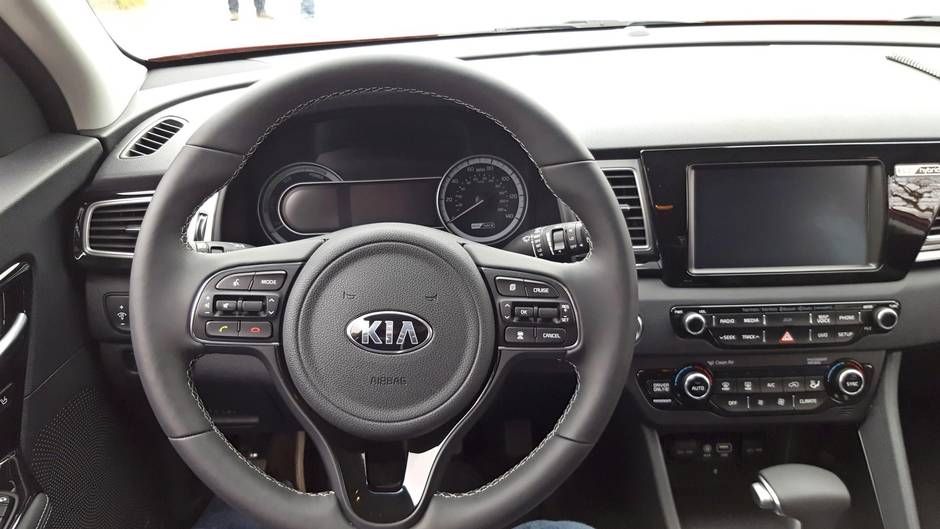 Inside, the Niro features a simple, elegant, upscale look with a clean, uncluttered, and functional console. Everything is where it should be, including an 7-inch infotainment screen which supports Apple CarPlay and Android Auto.

Now, here’s where the Niro plans to give the Prius a run for its money: gas mileage. Its fuel economy numbers compare favourably with the Prius, although the Prius wins by a slim margin (4.4 litres/100 km city, and 4.6 highway, versus 4.5 city and 4.8 highway for the Niro). The Niro achieves its stellar fuel efficiency thanks to an extensive use of aluminum; additionally, it’s equipped with air curtains, a rear spoiler and active grille shutters to help give it a 0.29 co-efficient of drag, versus 0.24 for the Prius. Still, that’s impressive, especially when the Niro’s high ride is factored in. 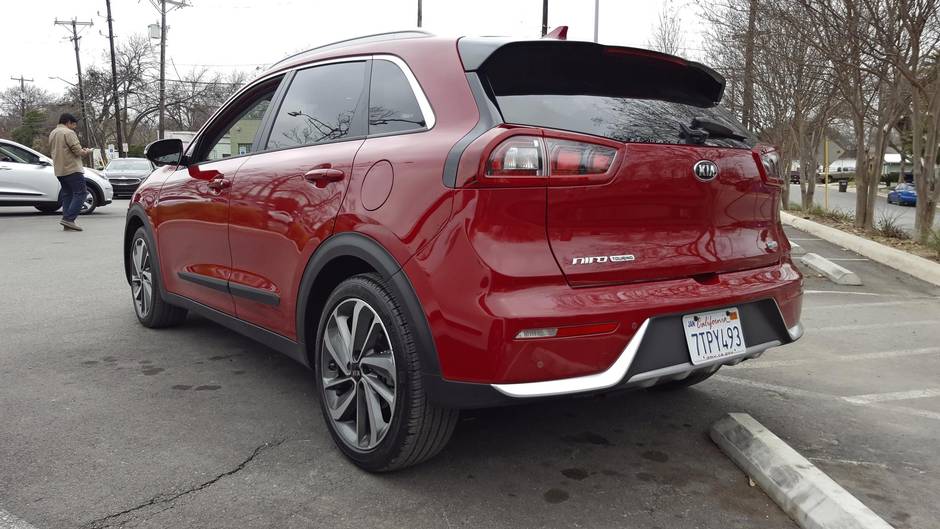 Its powertrain makes a combined 139 horsepower and 195 lb-ft of torque and, in sport mode along desolate, twisty country roads outside San Antonio, provided an engaging, entertaining ride. Unfortunately, sport mode will kill some of the fuel efficiency, while the sluggish default eco mode will kill much of the driving enthusiasm.

But here’s where the gloves come off. The Niro’s starting price is $2,195 less than the $27,190 base pricetag for the Prius. Prices for the Niro’s other trim levels (there are four in total) have yet to be announced. And there’s a plug-in Niro hybrid in the works.

So, is it a feasible alternative to the popular Prius? The Niro makes a compelling case for itself and it’s definitely a contender – especially for those who aren’t comfortable displaying their inner geek so publicly. 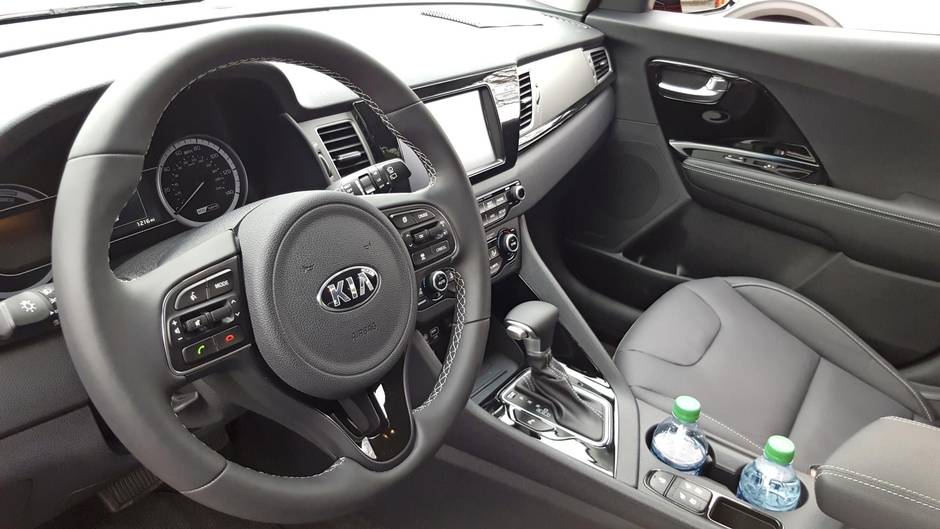 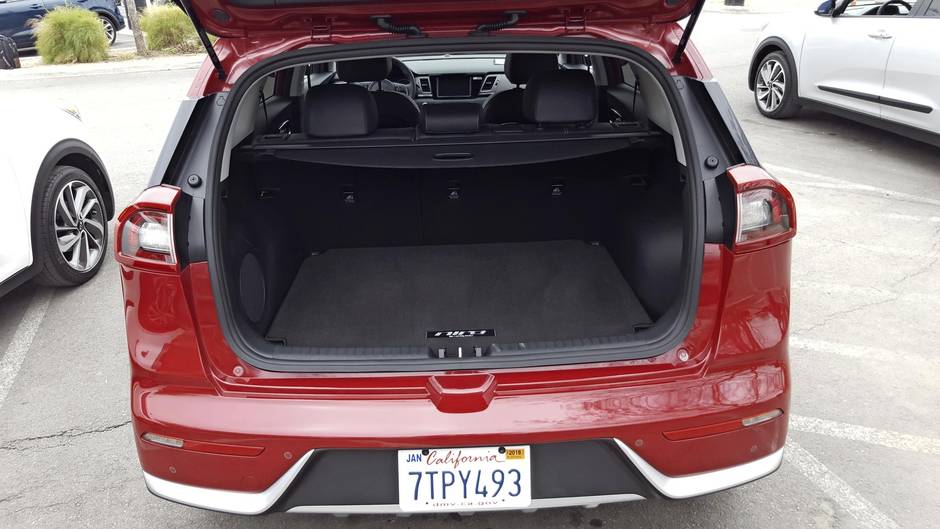 Looks: Kia’s aim was to make its new hybrid look mainstream. It succeeded.

Performance: It’s not overwhelming, but the Niro has plenty of giddyup off the line, and for passing prowess.

Technology: Kia’s new Eco-DAS (Driver Assistance System) features Coasting Guide, which advises the driver on when to coast and brake. Predictive Energy Control, meanwhile, uses the nav system and cruise control to anticipate topographical changes on the road ahead to manage energy flow, determining when it’s best to recharge the battery and when its best to expend stored energy to optimize efficiency. Eco-DAS, however, is only available on the Niro’s highest trim level, the SX Touring.

Cargo: There’s a reasonable amount of space, enough for a full load of groceries or two large golf bags. 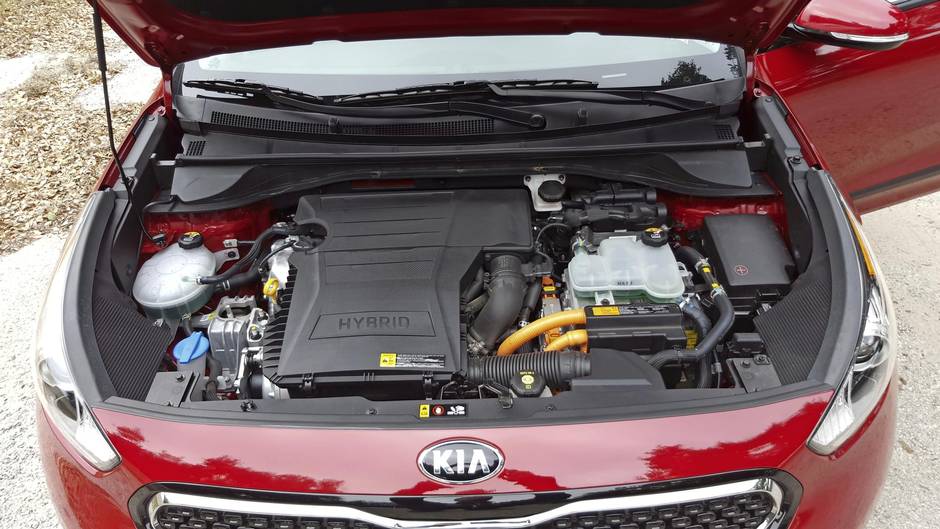 Traditionalists will love this anti-hybrid hybrid. 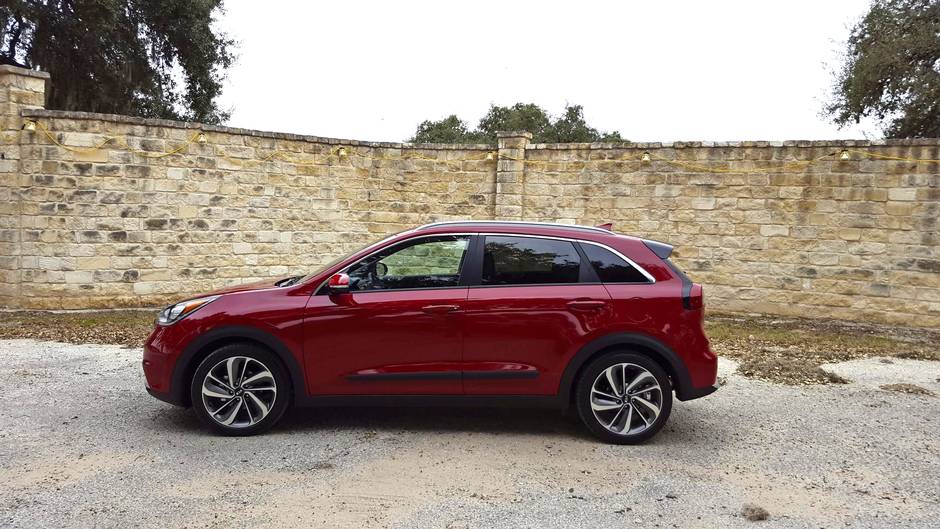