It’s not that Nissan’s Pathfinder was feminine, exactly – it just wasn’t as, er, rugged as buyers would like.

“We might have gone too far to a softer urban-type vehicle,” said Andrew Harkness, chief marketing manager for Nissan Canada. “We want it to look good and rugged.” 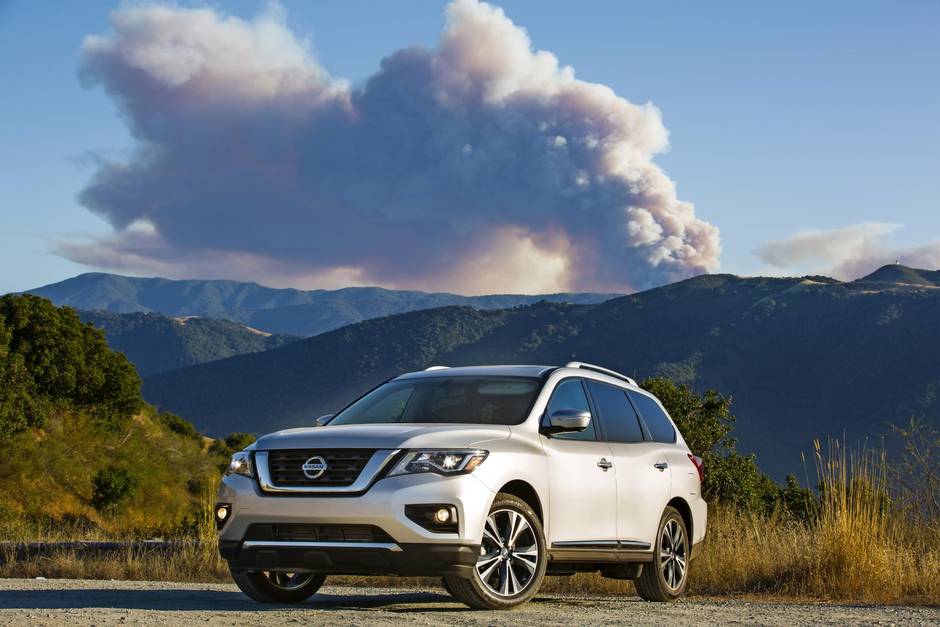 For the 2017 refresh of the car-based family hauler – the first serious change since the fourth-generation Pathfinder came out for 2013 – Nissan says it has moved from crossover styling to “true SUV-ness.” 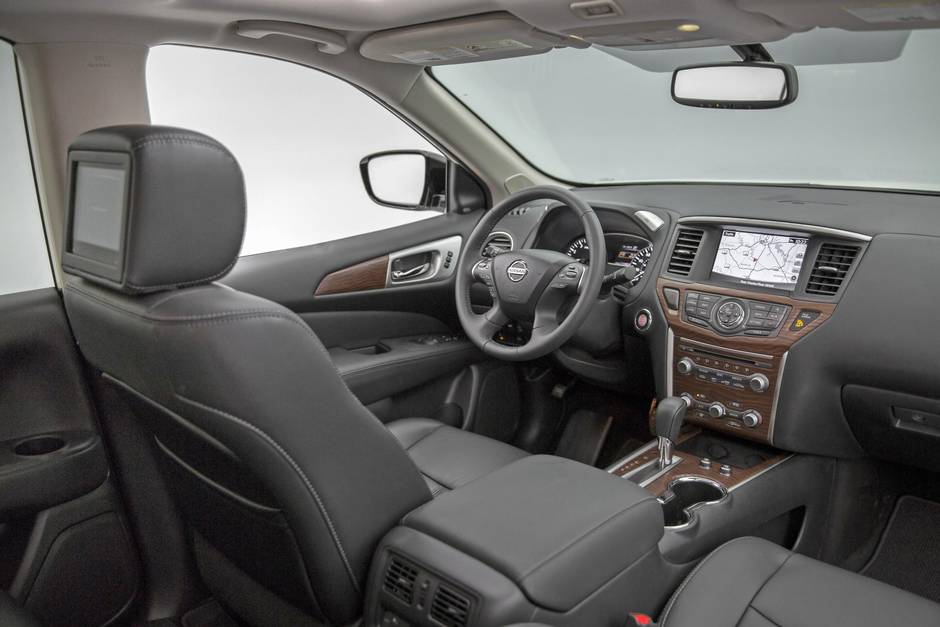 It’s comfortable, seats seven and drives like a car – a big evolution from the original 1986 Pathfinder. But buyers – male and female – found it looked a little too refined.

So it gets a new hood, grill, bumper and LED daytime running lights up front, and a new bumper and tail lamp behind.

Software changes make the CVT feel a bit more like an automatic transmission. 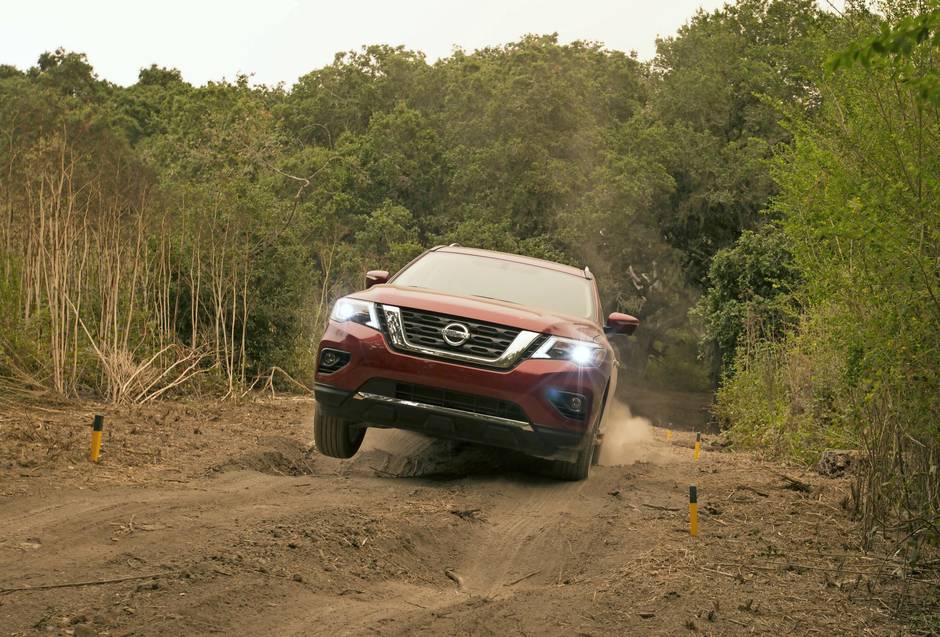 While the bigger two got to tackle a serious off-road course, the Pathfinder stuck to paths that were already found: a hilly dirt road with a few serious bumps. The ride was noticeably pleasant and car-like even then – there shouldn’t be screams from passengers if you head onto a dirt path to find a decent picnic spot.

Inside, the changes are minor – but there are new front cupholders (they allow mugs with handles, Nissan says) and new touchscreen software. 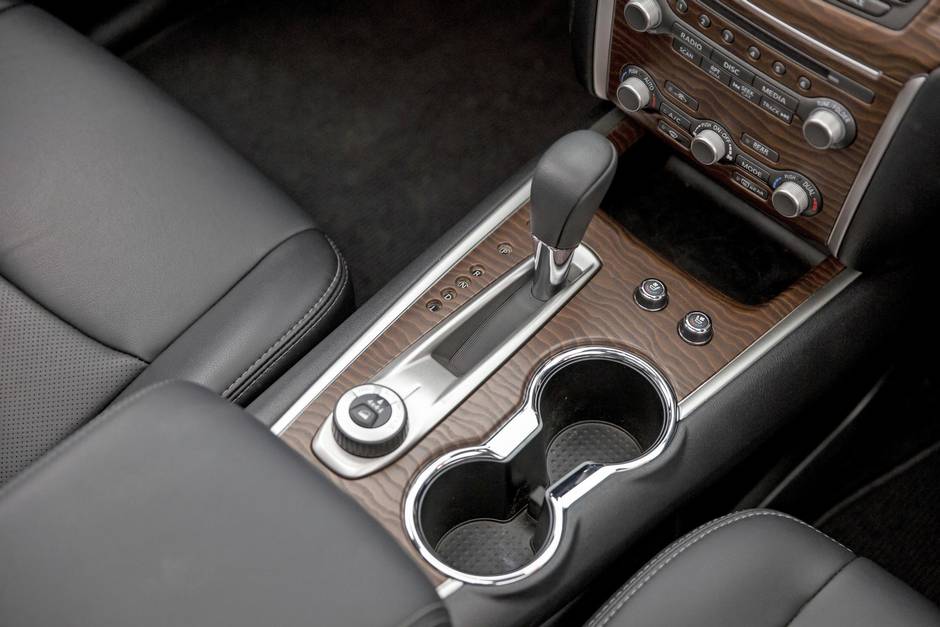 There are five trim levels: S, SV, SL Premium Tech and Platinum. SL and Platinum gets a motion activated lift gate. It works fine, but it takes practice to figure out that sweet spot to make it work. Otherwise, it’s like trying to move your hands around to get the sensor taps to work in a public bathroom with your hands are full of soap – it’s easier to just push the darned button.

For 2017, the base S gets a rear view monitor and 8-inch touchscreen, bluetooth and mirrors with side turn signals. It also gets automatic temperature control.

SL adds leather seats, heated seats in the second row, blind spot warning and Nissan’s around view monitor – which provides a birds-eye of the car and warns you if there are moving objects getting close. It also has rear cross traffic alert, which warns you if cars are coming from the sides while you’re backing up. 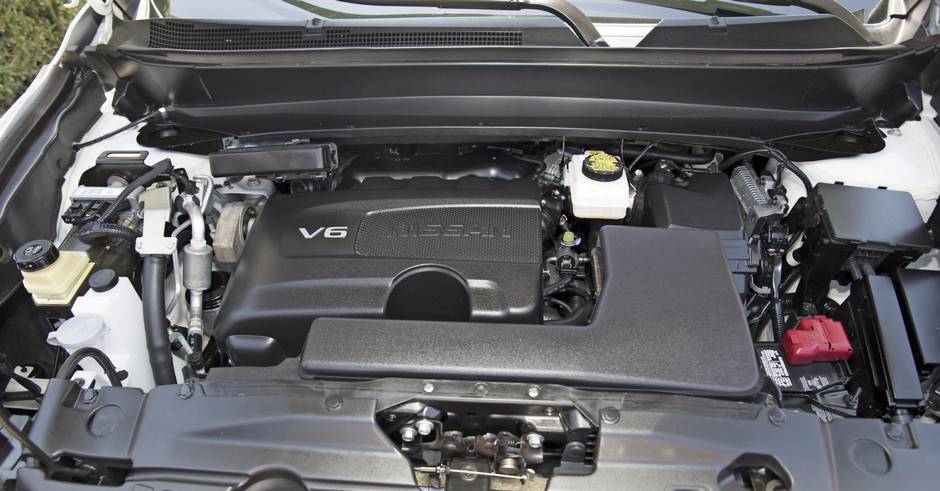 You’ll like this SUV if ... you want a refined, comfortable family hauler that drives like a car – and gets compliments on its looks, finally.

Looks: Where the old Pathfinder was wishy-washy, the new one is handsome all-around.

Interior: Controls make sense. Fairly easy to operate radio and navigation system without scrolling through menus. For Platinum, controls for the memory seats have been moved up onto the driver’s door. Second and third rows are comfortable. The second row seats slide forward easily to let adults climb into the back – even with a carseat in the second row.

Performance: It drives like a car. On the road, steering is responsive but not too sensitive. Comfortable on rough roads. The engine mostly revs like you expect from an automatic, despite the CVT.

Technology: No Apple CarPlay or Android Auto. On fancier models, the around-view monitor gives you an overhead view of all four sides – and warns you if somebody moves into it. Two USB ports.

Cargo: Lots of room with third row down.

Nissan’s made sure the Pathfinder sticks to the right path – it’s gained character, comfort, and a little more power.