Every great Subaru seems to come with a turbocharger attached. Think of the first WRX shrugging off rain-soaked tarmac as it blasts through a curve, the rally-bred hot-rod rawness of the 2004 STI, even the solid highway passing power of the Forester XT. Many good Subarus come with normally aspirated engines, but adding forced induction into the mix makes for something truly special. So why doesn’t Subaru just cram a turbo in the BRZ and be done with it?

If you had your fingers crossed for 2017, then bad news, I’m afraid. Peak power is up, but by a measly five horsepower. The BRZ remains naturally aspirated both for now and the foreseeable future, but perhaps that’s not such a bad thing. 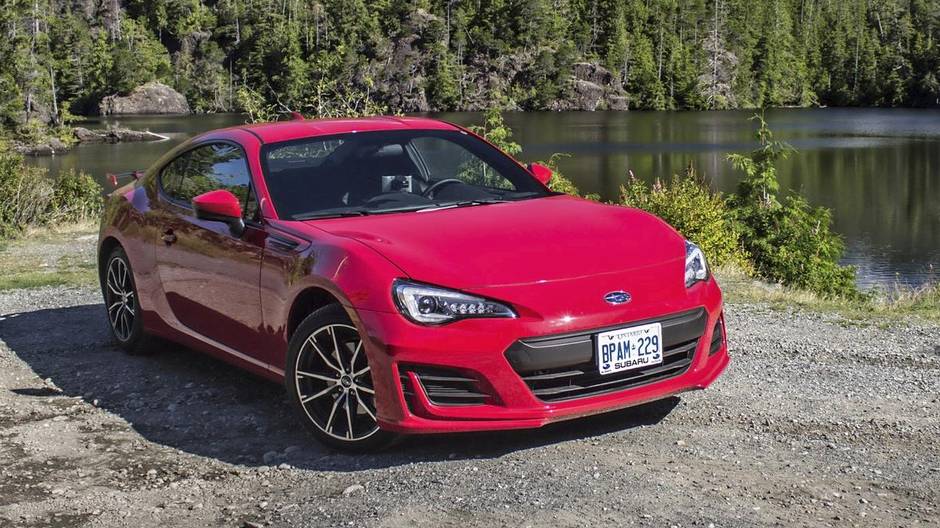 Like the mechanical changes, the facelifted elements of the BRZ are mild. There are new wheels and minor tweaks to the front and rear styling, as well as updated headlights and taillights. The rear spoiler is also a revised version and, in a pleasant surprise, it’s metal, not plastic, and should be durable over the life of the car.

The interior is still spartan. Subaru has never been known for luxury-oriented interiors, and the BRZ is low rent inside. However, everything the driver touches is pleasing, from well-bolstered seats to a perfectly positioned shifter and steering wheel. 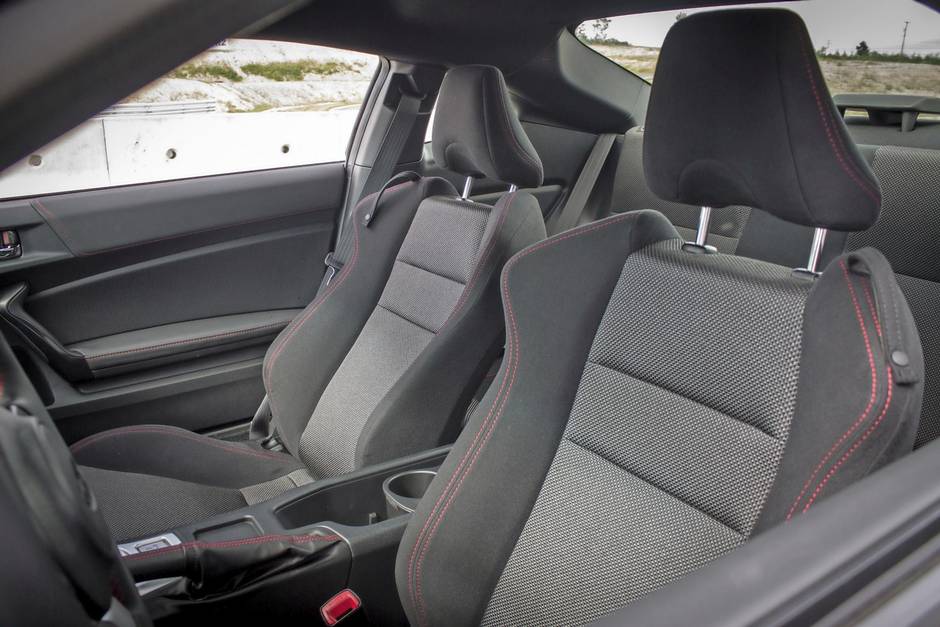 Pop the hood and the first surprise is that the old plastic intake manifold has been replaced by wrinkle-red coated aluminium. The old engine looked like the underside of an industrial dishwasher; this one looks like there’s at least a dash of STI spirit here.

Models with the six-speed automatic don’t change in power, but manual models get a bump to 205 horsepower at 7,000 rpm and 156 lb-ft of torque from 6,400-6,600 rpm. Both those values are way up there in the rev range, but Subaru’s changes seem to have made this engine more willing to rev, with smoother power delivery right through the range. The 2.0-litre flat-four has also been strengthened, for better durability when spending plenty of time with the needle waving around redline. It still sounds a bit harsh and metallic.

On the road from Nanaimo, B.C., to Ucluelet, on the Pacific Coast of Vancouver Island, the BRZ was blissfully happy slinging through the corners – up until the slow-moving RVs showed up. I never wished for more power when the road was clear, but getting around on the short passing sections required forward planning and perfectly rev-matched downshifts. Both the shifter action and the pedal placement are excellent. 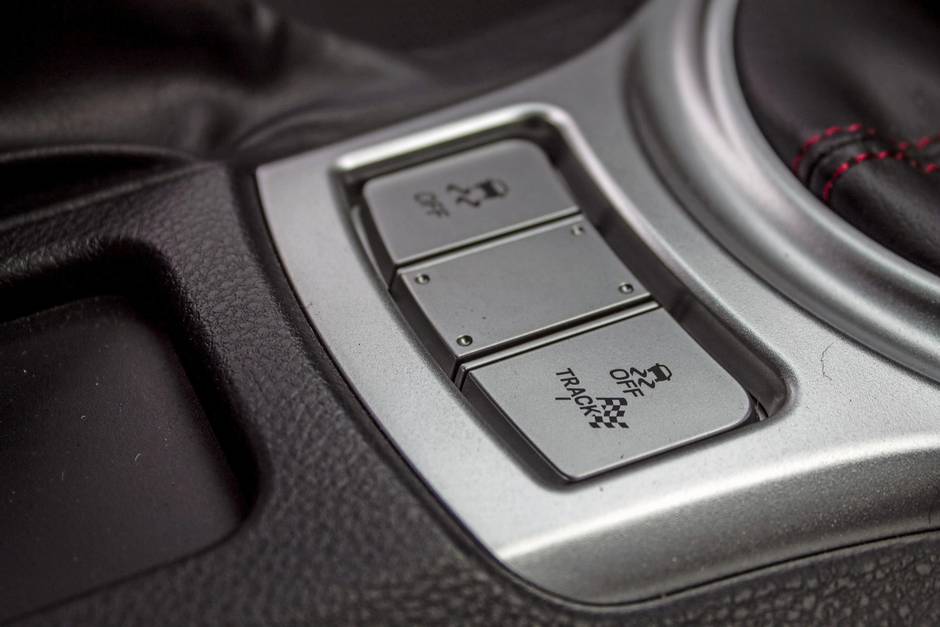 Later, released onto the track at the brand-new Vancouver Island Motorsports Circuit, the BRZ displayed smoother transitions and flatter cornering. A new track setting for the stability control allows for considerably more yaw when rotating the car in a tight corner. The relatively low-grip tires howl like hyenas every time you get things wrong. 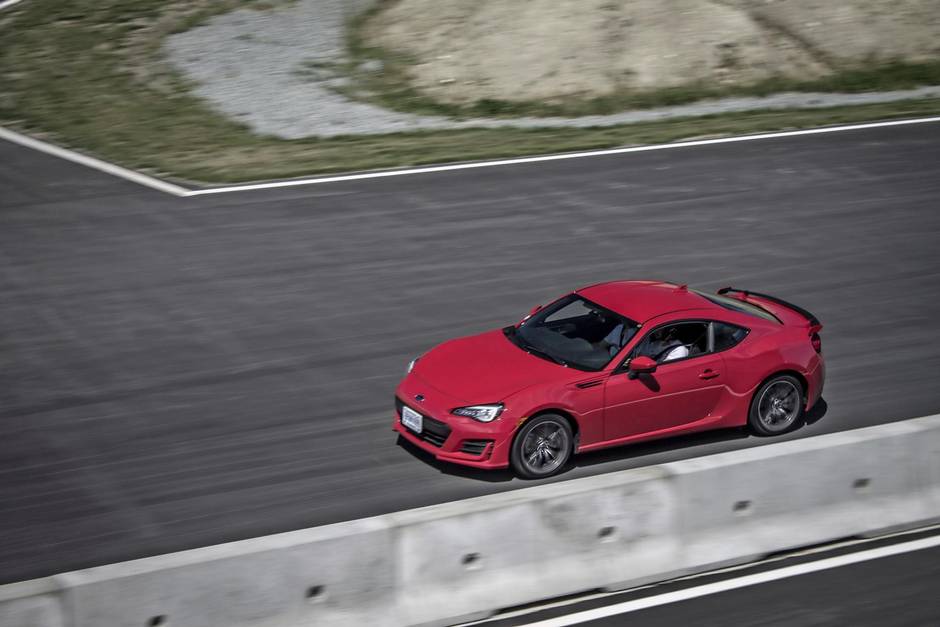 Like the MX-5, this is a momentum car, and it punishes mistakes with a loss of speed that’s hard to make up. More torque would help deal with the elevation changes here, but without power to cover your goofs, the BRZ demands the driver use their brain as well as their right foot.

I wouldn’t say no to a BRZ with more power, but as it stands, driving Subaru’s little sports car forces you to concentrate, to keep your eyes up, to think ahead both on the street and on the track. It’s training you to become a better driver. Maybe it doesn’t need a turbocharger after all; maybe it just needs you.

You’ll like this car if ... You think lap times should be earned behind the wheel, not programmed into your car’s ECU. 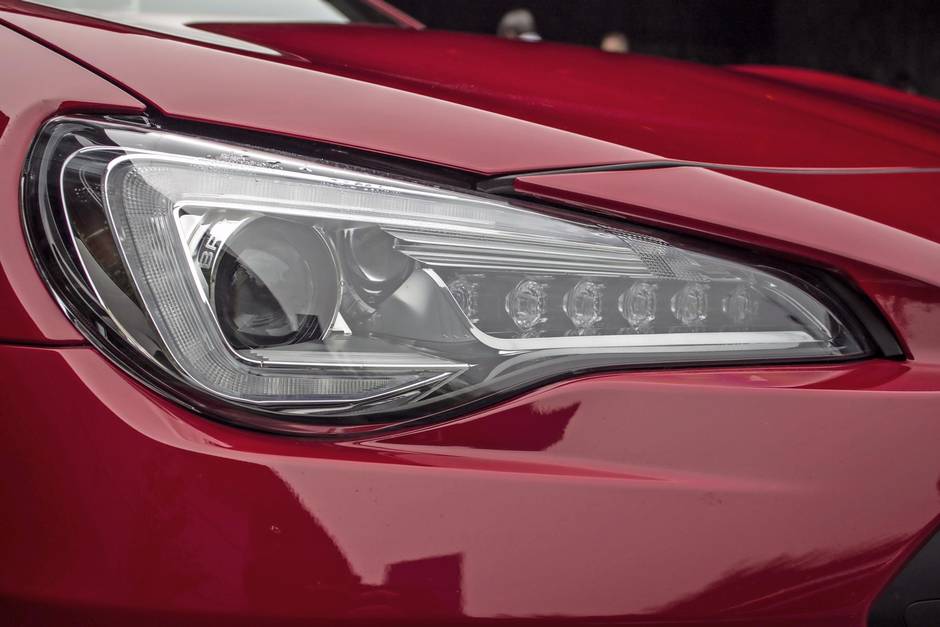 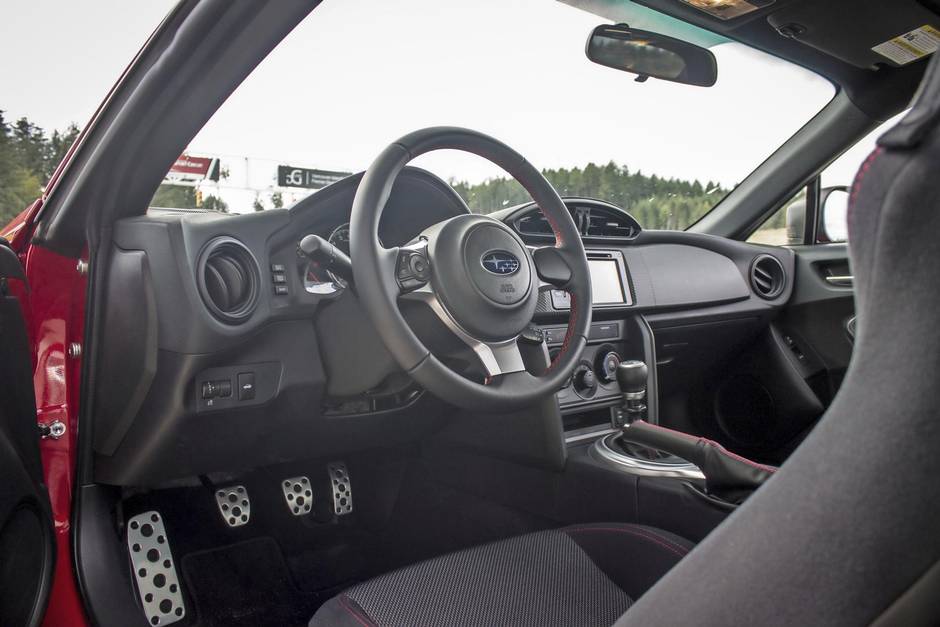 Looks: The BRZ’s new front and rear full all-LED headlights and taillights do more for the car’s looks than either the new 10-spoke alloys or the tweaked front end. This is a first for Subaru, and you can expect to see the technology propagate through the lineup in Limited trims.

Interior: Only the steering wheel is updated in the BRZ’s utilitarian interior, with integrated audio controls on base models. The seats remain excellent, providing a great balance between comfort and performance.

Performance: With power increases little more than incremental, most of the BRZ’s added pace comes from places other than under the hood. Out back, lowering the final drive from 4:1 to 4.3:1 lets the BRZ get off the line a little quicker.

Technology: While there’s no change for the BRZ’s frankly aftermarket-looking touchscreen headunit, Sport Tech models gain a new 4.2-inch multifunction display in the instrument panel. Performance metrics like lateral Gs, steering angle, braking force, and oil and water temperatures are all displayed via graphs that can be cycled through. There’s also a stop watch for timing your lap.

Cargo: The BRZ’s rear seats fold flat enough to slide a set of tires and wheels through via the trunk, and the 2+2 configuration means you can carry small children. 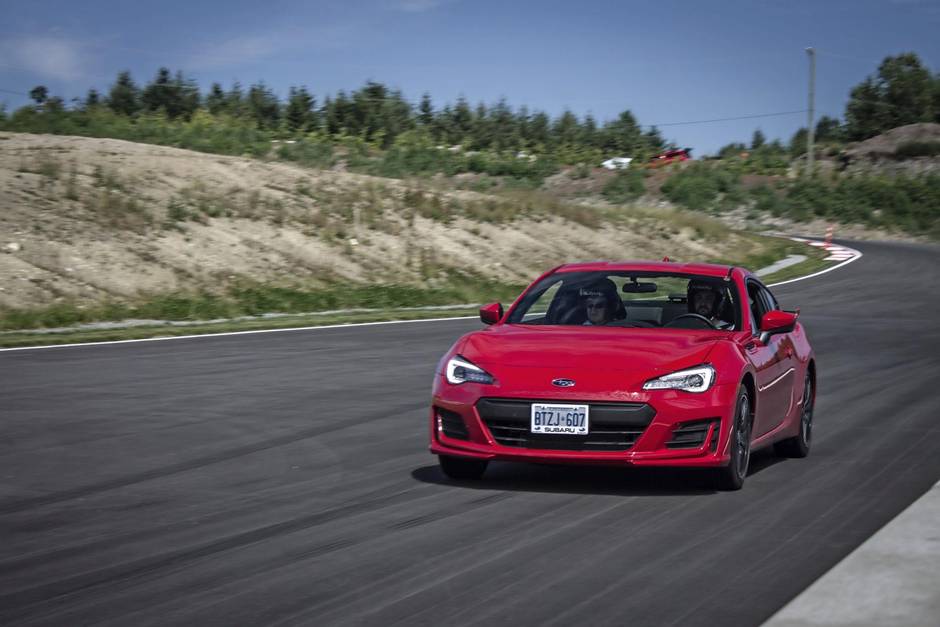