We already knew why Volvo wanted us to drive its 2017 S60 and V60 all-wheel drive models: these are the last vehicles in Volvo’s Canadian lineup to adopt the new corporate four-cylinder Drive-E engine, replacing five- and six-cylinder engines that have been around seemingly forever.

We also knew the focus of this event would be the any-road/any-weather Cross Country version of the AWD V60. Ever since Volvo created the first XC70 (as it was called then) in 1997, the Swedish brand has had success with these taller-riding, rugged Cross Country (CC) models that bridge the gap between station wagon and SUV.

What we didn’t expect is that our assigned ride from Denver to Vail would be an S60 Cross Country – a semi-CUV version of the sedan. Sure, we knew Volvo had Cross Country-ed the V60 wagon for 2016, but we’d failed to notice the sedan got the same treatment. Who woulda thunk it? 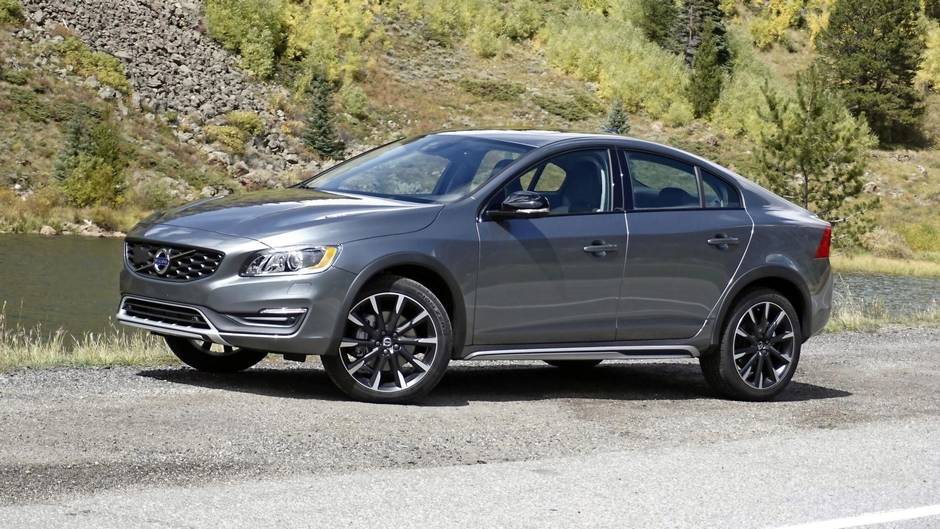 Although the S60 CC appeals to a niche market, apparently the niche was wide enough for Volvo to fill it again for 2017, now with the Drive-E powertrain.

The sedan gets our attention here precisely because it’s so unlikely. No other auto maker offers anything like it. For the record, though, most of what we learned about driving the S60 CC will also hold true for the V60 CC. Both are powered by the same 240-horsepower version of the Drive-E 2.0-litre (some other 60-series cars offer 302 or even 362 horsepower) hitched to an eight-speed automatic and all-wheel drive. Both ride higher than their non-CC counterparts, giving them CUV-worthy ground clearance.

Why would anyone choose the sedan? We can only assume because they’d rather be seen wearing a sedan than a wagon (though to our eyes the V60 is pretty in its own way). Note, too, that the S60 CC is one of the few sedans of any size to have a tow rating – and a generous one at that: 3,500 pounds. Obviously, however, the sedan sacrifices some cargo space and versatility compared with the wagon. 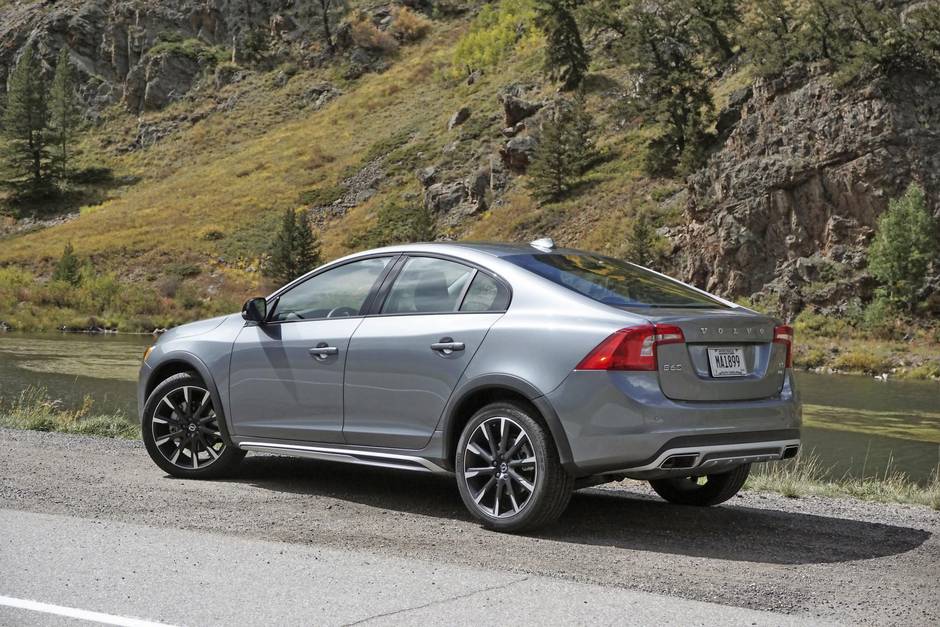 Nobody is going to choose the sedan to save money. While the 2017 V60 CC comes in two trims that ask $45,200 or $47,700 respectively, the S60 CC comes in just one loaded model for $50,700. And, even then you’ll pay extra for items like a cold-weather package or a comprehensive package automated driver aids.

While the S60 now has a thoroughly modern powertrain, the basic car dates back to the 2011 model year. Its age shows mostly in terms of interior space, decor, ergonomics and “screenology.”

But here’s the thing: the S60 CC is a treat to drive. The new powertrain is slick, refined fuel-efficient and delivers competitive performance. And while the raised suspension provides correspondingly elevated sightlines to go with Volvo’s customary armchair seating comfort, it has remarkably little effect on handling.

Volvo calls its handling philosophy Relaxed Confidence, defined as “a comfortable mix of engaging driving dynamics and predictable handling that delivers a feeling of ultimate control.” And that’s exactly what the S60 CC delivers. It just feels right. 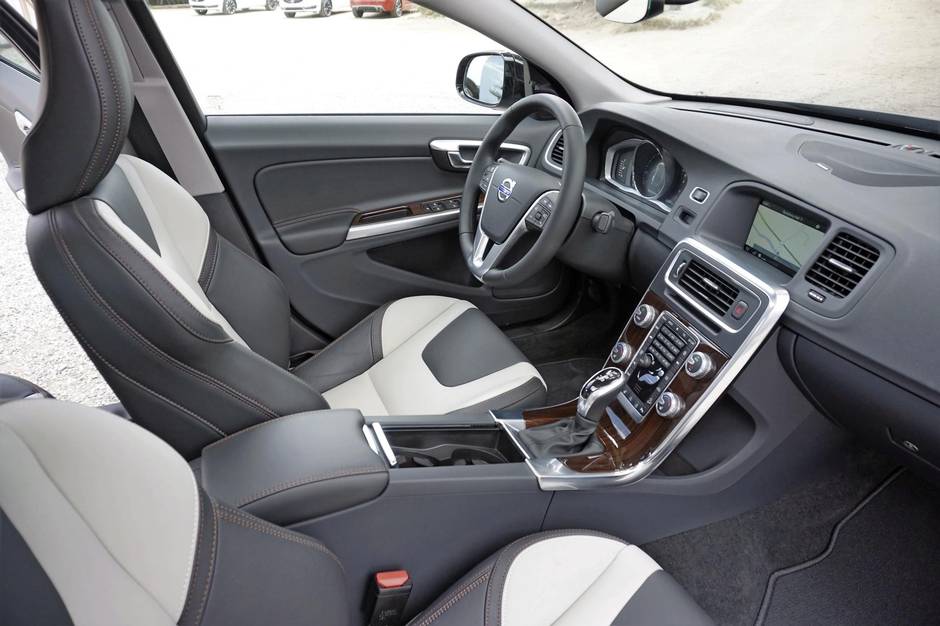 Alternatives: Acura TLX, Audi A4, BMW 3 Series, Buick Regal, Cadillac ATS, Infiniti Q50, Jaguar XE, Lexus IS, Lincoln MKZ, Mercedes C-Class … or none of the above, if you really want the suspension lift. 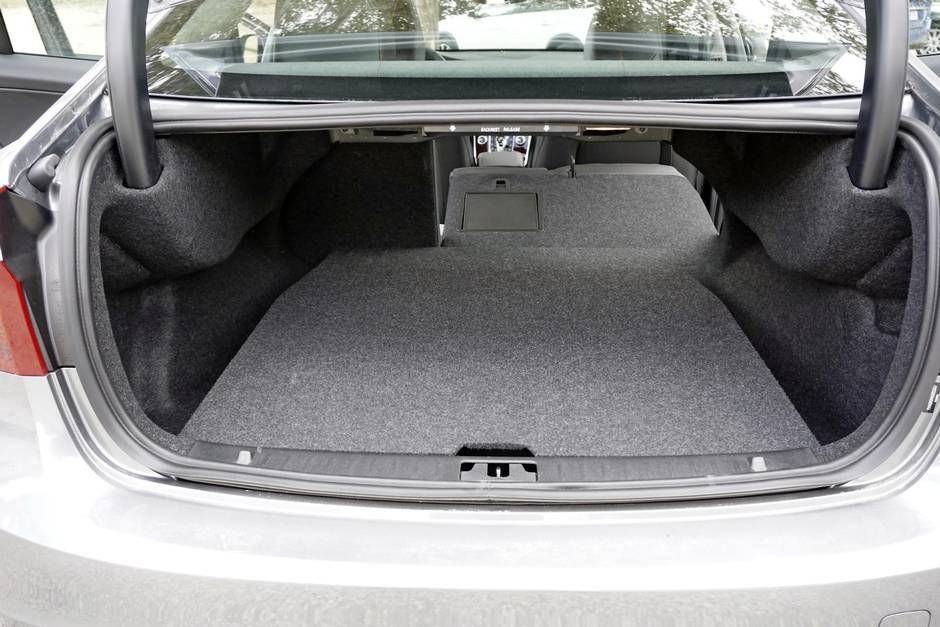 Looks: The basic body shape dates back to late 2010, but the high-riding stance, SUV-esque styling cues and (optional) 19-inch wheels help it stand out from conventional rival sedans.

Interior: This is where its age shows. Rear-seat legroom is near bottom of the class, and although the front seats are comfortable, I could have used more steering-wheel telescopic adjustment. The 7-inch screen is small by today’s standards, the dashboard looks like it was moulded from recycled tires (albeit premium ones), and the cluttered centre-stack controls are not intuitive.

Performance: This Drive-E is one of the sweetest-running “fours” in the business, and the eight-speed automatic is a fine partner. Expect a 0-100-km/h time in the mid-six-second range. Handling blends stability, responsiveness and a terrific level of feel that generates a real sense of one-ness with the car.

Technology: The infotainment screen is small and not the easiest to interface with, but if you persevere there’s not much missing in terms of features and capabilities; it has connected navigation with real-time traffic, WiFi hot-spot, voice to text, a premium 13-speaker Harmon Kardon audio and much more. The list of standard or available driver-assist techs is also comprehensive.

Cargo: Not a strong suit. The S60’s trunk volume is modest, and shrinks even further when equipped with a full-size spare as on our U.S.-spec test cars with optional 19-inch wheels. 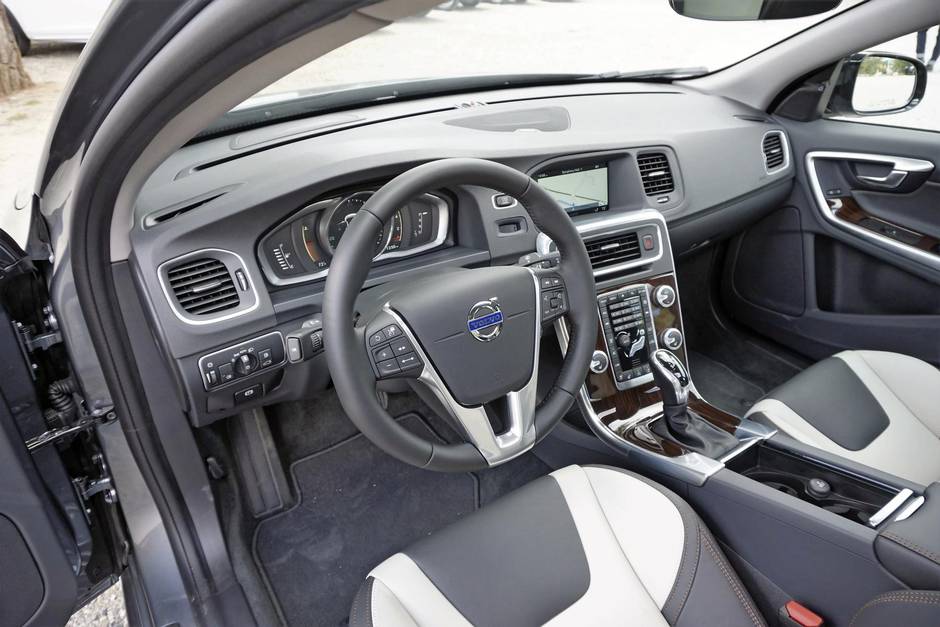 Not many will “get” the idea of a sport-utility sedan, but if you do, you’ll also get all-road/all-weather towing capability in a car that does a convincing impression of a compact premium sport sedan.