He’d dreamed of being a car designer since the age of 5, started with Skoda, leaped to Audi, and the time has come to give the A5 a new look. Most cars are redone every half-dozen years or so, with a “refresh” in-between. In contrast, the A5’s been on a 10-year run.

So now, Jacob Hirzel, you are entrusted with the jewel. Put your stamp on it. And oh, don’t screw up.

“The first A5 was like a revolution for Audi, because it showed a new design language,” says Hirzel, the exterior designer, appraising a red A5 during a barbecue at a hotel. “So our first high challenge was to decide, should it look very different or very close – evolution or revolution?”

In both gasoline- and diesel-powered versions, Audi boosted both the power and efficiency of the 2018 A5, which will be sold in Canada starting the first quarter of 2017. What will be noticed, though, is a design that injects some muscle into a luxury coupe.

“The idea was more toward a Gran Turismo car, a sporty road car that distinguishes itself from the A4 and the entire sedan lineup – to get into a niche where we didn’t have a car before,” says Hirzel. “The approach was to sharpen it everywhere. It looks very different even though it is instantly recognizable as an Audi, and that was the important thing.”

Designers are like lions in a cage. They want to run wild, to unleash their imagination, to deliver originality. On the other side, engineers confront them with mechanical realities, and there are executives armed with heaps of research data and a brand to protect. Yes, it had to look like an Audi, and Hirzel’s goal was to get more of the sporty TT, and less of the bedrock A4 sedan into the coupe.

Dressed casually in jeans and Euro-trimmed blazer, Hirzel starts from the nose and makes a circle around the car, pointing to the new touches. The hexagonal grille, flatter and wider than in the current A5, is contrasted by lights mounted higher, a new architecture for Audi. The grille “moves the face of the car down toward the road, for more road presence,” says Hirzel, while headlamps are cut sharply with a new top edge. The effect is “aggressive and … self-assured but not overly angry.” 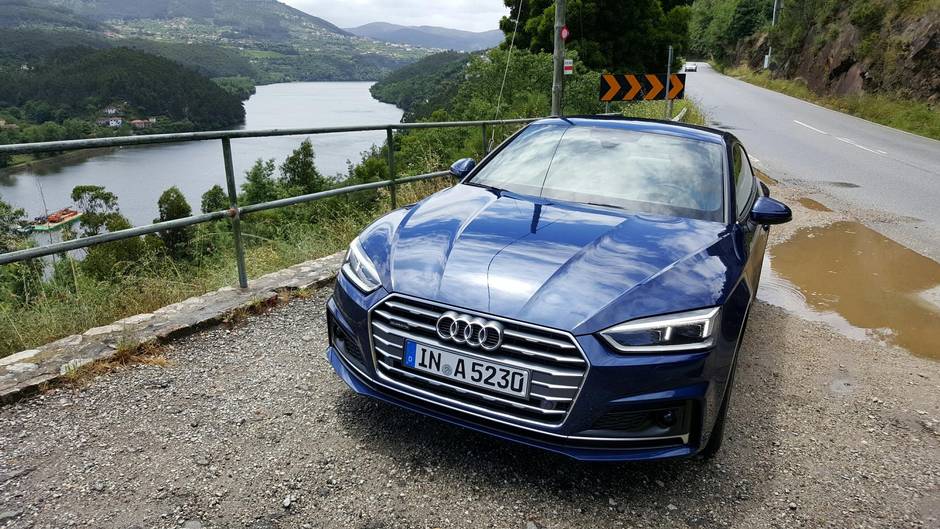 The hood’s so-called power dome – “technically necessary,” Hirzel says – accommodates a higher-positioned engine, and new creases extend under the A-post. The side mirrors are now mounted on top, in race-car style.

The sharp crease along the side flattens and swells beyond the front door, accenting the billowed muscular shape over the rear wheel, a look meant to highlight Quattro power. Surrounding the triangular-shaped rear side window is uniquely shaped aluminum trim that had to be specially machined at a factory in Germany. The trim is extends into the interior.

Above the rear window, a thin brake light is nearly invisible, until it is illuminated.

You’ll like this car if ... Audi is more to your taste than its rivals. 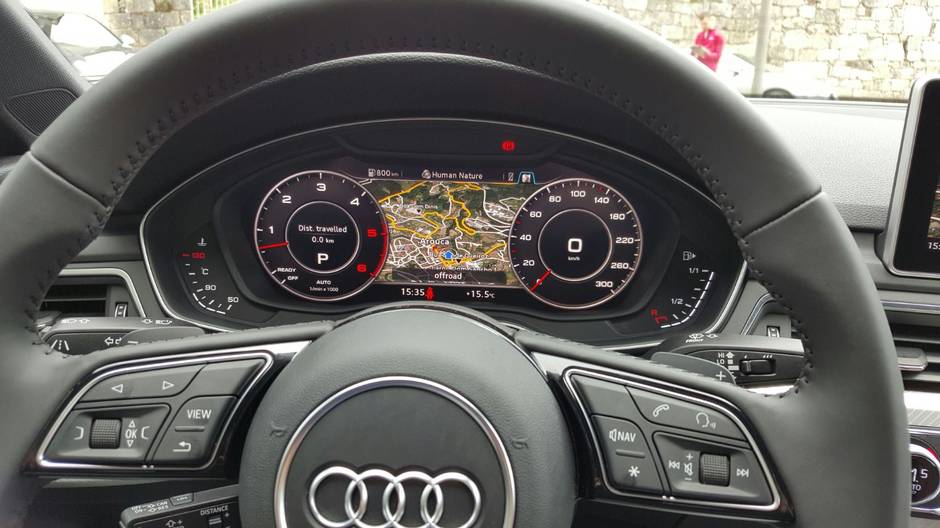 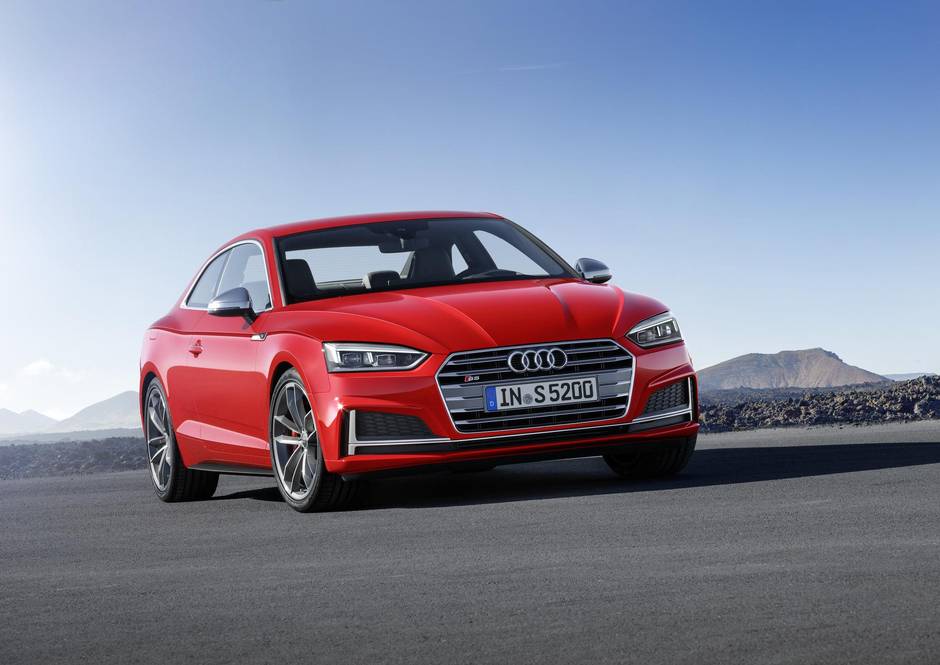 Looks: Sporty yet elegant, the redesign brings a more aggressive appeal to the nose of the car and taut muscle to the haunches. Interior design is clean, cool and compact, dash and door materials accented by polished aluminum trim carried from the exterior.

Interior: Audi added more shoulder, knee and elbow room in front by moving to an A4-styled horizontal dashboard and lengthening the wheelbase. Less plush than some rivals, though the Nappa leather seats are so comfortable, they’d fit nicely in the home office. An additional 10 litres in the trunk leaves room for two sets of golf clubs. Sloping roof line leaves no head space in the rear seat for a six-footer.

Performance: With weight reduced 60 kilograms and improved aerodynamics, new gasoline and diesel engines increase power by up to 17 per cent while improving fuel efficiency by up to 22 per cent over the 2016 model. Test cars came with an optional suspension with damper control that smoothed the ride. 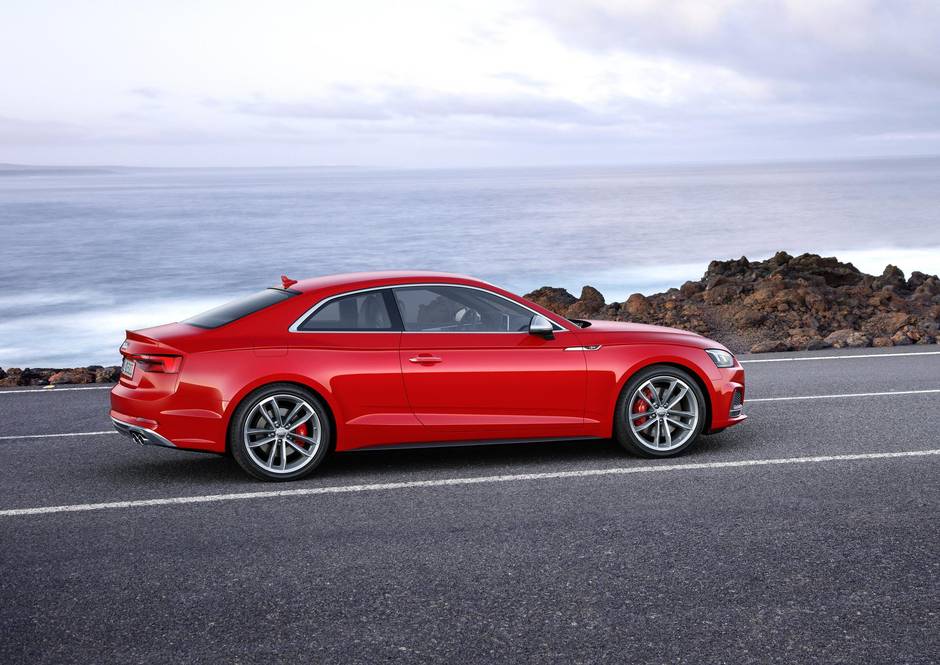 A predictable evolution designed to please the Audi loyalist, the A5 is a sleek cruise-mobile with athletic performance when called upon – accented by a throaty warble from the exhaust.