These are heady days for the Chrysler Pacifica.

On Tuesday, it was named as a finalist for the North American Utility Vehicle of the Year. Earlier that same day, it won both the Minivan and Family Vehicle Best Buy awards from Consumer Guide Automotive.

Last week, it was named as a finalist for the 2017 Green Car of the Year award and Consumers Digest named it a Best Buy. In September, it made Wards 10 Best User Experience list for 2016 and earned a Top Safety Pick+ rating from the U.S. Insurance Institute for Highway Safety. Last April, it was named a Wards 10 Best Interiors winner. 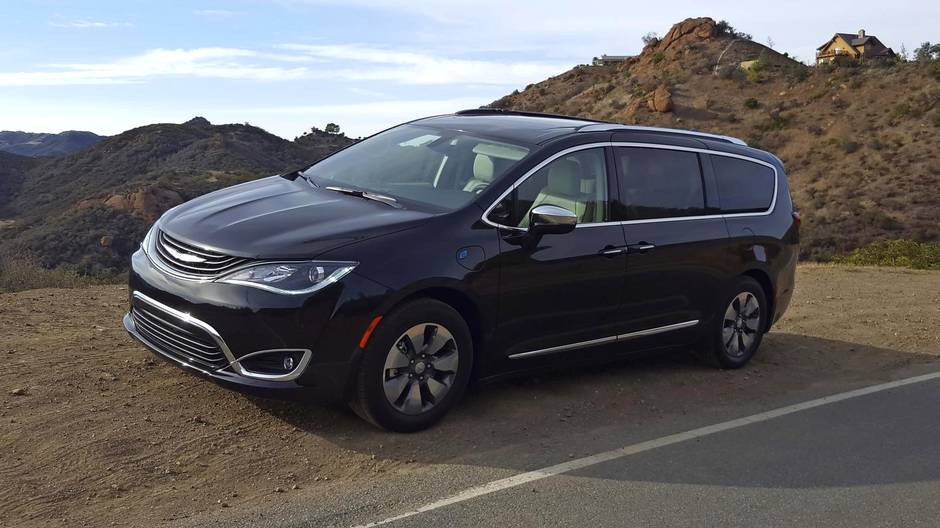 Not content to rest on its laurels, Fiat Chrysler Automobiles has now added a plug-in hybrid Pacifica to its lineup. Yes, the 2017 Chrysler Pacifica has gone electric, the first minivan in North America to do so.

“We created this segment over 30 years ago,” said Mike Szymkiewicz, FCA Canada’s head of product planning. “We owned it - we continue to own it, it’s our space.”

Indeed, about 70 per cent of all minivans sold in Canada are made by FCA, mostly the Dodge Caravan. However, 1,922 non-hybrid Pacificas have been sold year-to-date in Canada, including 497 in October – and it has only been in showrooms since April.

The new seven-seat, 260-horsepower Pacifica will be priced at $56,495, FCA announced Tuesday prior to the Los Angeles Auto Show. However, it qualifies for the maximum $14,000 credit from the Ontario Electric Vehicle Incentive Program, lowering the price to $44,106 after tax. Similar rebate programs in British Columbia and Quebec drop its list price in those provinces to $49,537 after tax and $48,495 before tax respectively. No other provinces have such programs in place.

The gas-only iterations of the Pacifica are available in Canada in three trim levels, priced from $43,995 to more than $60,000. 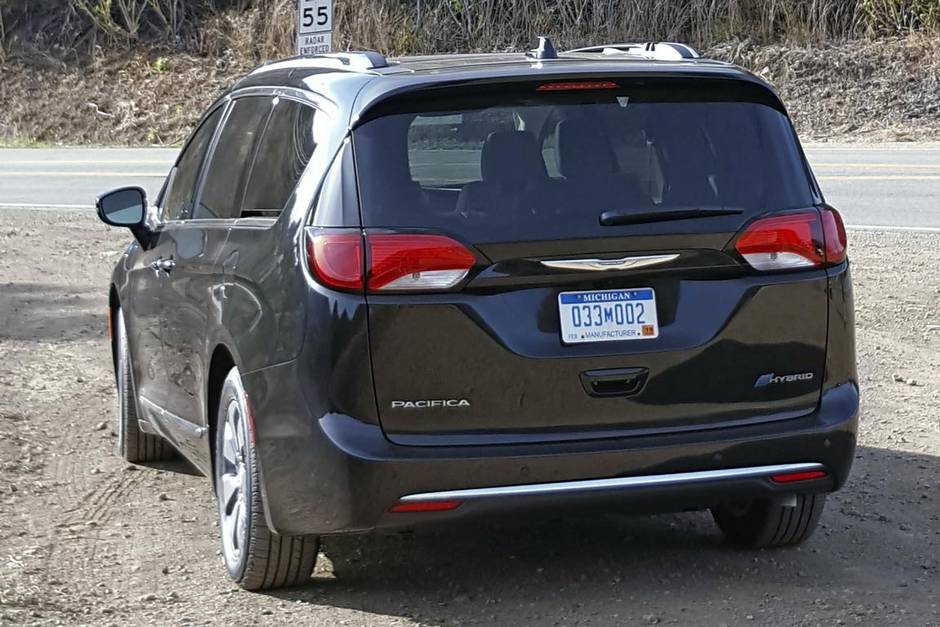 FCA said the Windsor, Ont.-built family hauler is capable of an estimated all-electric range of about 48 kilometres – most drivers go no farther on a daily basis, according to FCA studies - and up to 850 kilometres total once the internal combustion engine kicks in.

“If you live in Windsor, like I do, that’s like going from Windsor to Ottawa,” said Szymkiewicz. “If you’re on the west coast, from Vancouver to Banff.”

Other than new badges, teal logo colouring, a different grille, and, of course, the plug-in port, it would be difficult to distinguish the hybrid from the gas-only model.

Inside, however, there is one major difference: The auto maker’s infamous second-row Stow ‘n Go seats are no more. The space under those seats now houses the battery. The two chairs there are still removable, but the stow part of the equation is now the family garage.

The silver lining to this transgression? Because the seats no longer have to fit into the floor, they are wider, and more comfortable, with better padding. Third-row seats still drop into the floor. 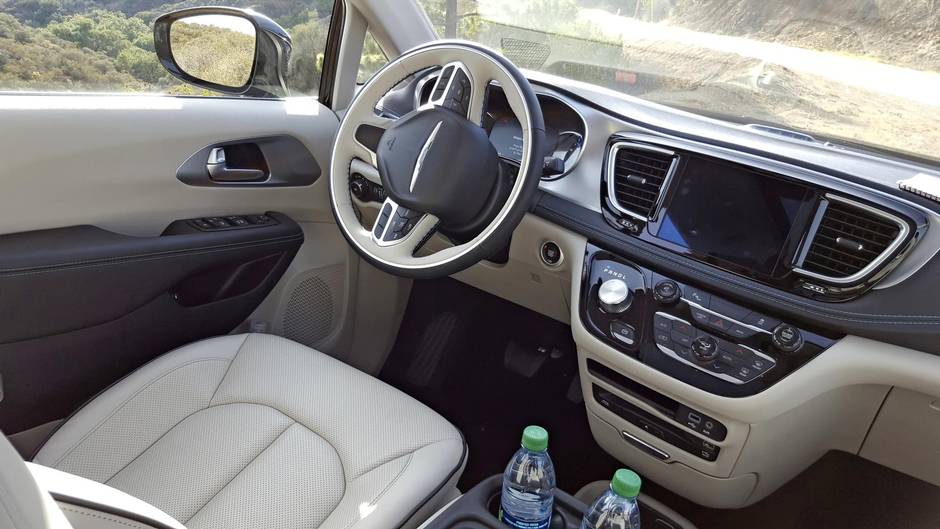 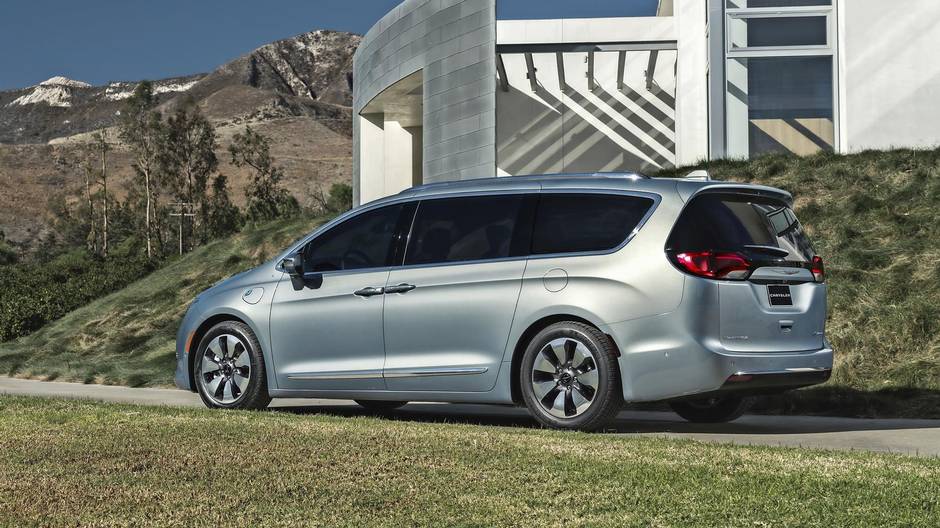 Looks: Dress it up any way you want, it’s still a big box.

Performance: The Pacifica Hybrid performed admirably through the winding hills of Los Angeles and along the Pacific Coast Highway from Santa Monica to Malibu. Its stealthy all-electric range exceeded FCA’s claims and the transition from electric to gas power was seamless. Steering was responsive and for such a large vehicle, the Pacifica felt decidedly peppy.

Technology: The Hybrid’s regenerative braking system re-energizes the battery for additional range. A flurry of light braking down some long hills restored the charge back to 17 per cent, from zero. This machine is loaded with safety systems and high-tech toys.

Cargo: FCA says with the third-row seats stowed and the second row removed, it can fit and haul 64 sheets of plywood. 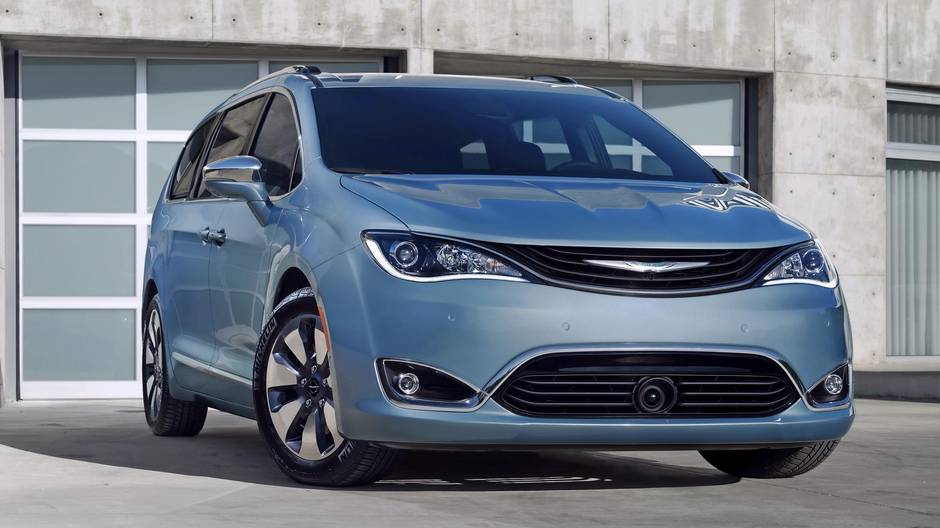 Chrysler pioneered the minivan more than 30 years ago, and has just reasserted itself as the leader of the family-friendly pack.