One thing's for sure about the new Chrysler 200: it's front and centre in one of the most powerful and evocative ads currently on TV.

In the "Imported From Detroit" two-minute spot, a no-nonsense voice-over narrative informs us that the Motor City is alive and kicking, with a quick shot of the Joe Louis flying fist sculpture on Jefferson Avenue interspersed with shots of athletes jogging through the snow, and Detroit native Eminem driving through downtown, ending up at the Fox Theatre. The soundtrack is gritty, slightly ominous, and effective. Kudos to the agency. You can almost believe that the 200 is the best thing to ever come out of Auburn Hills.

But isn't Fiat now a majority owner of Chrysler? And wasn't the "world engine" found in some versions of the 200 built and designed in part by Hyundai, Mitsubishi, and Mercedes? Isn't there also a Canadian involvement? Just wondering.

Still, the 200 is better than its stable-mate, the Avenger, although the two do share various bits and pieces, including engine choices and place of origin: Sterling Heights, Mich.

About the styling. The 200 is a decent-looking car; definitely better co-ordinated with smoother lines than the Avenger. The mid-size sedan market is not the place for wild and crazy styling exercises and buyers tend to be conservative when it comes to design and physical appearances. The 200 delivers here, and has the same wheelbase and width as the Avenger. In many ways, it feels much the same behind the wheel.

Including comfort level. This is one of the 200's strongest points. The seats are well padded and comfy and it has what may be one of the best heat/ventilation setups in this market. Through all their travails, domestic manufacturers have managed to lead the way when it comes to powerful a/c systems and good useable heat and cooling. When you want heat with the 200, you get it pronto; ditto with cool air. The car is also easy to get in and out of, with plenty of interior elbow room.

But don't expect to straighten out the corners or set the roads on fire with this one. The 200 has very compliant – even vague – suspension, and the emphasis is on comfort, not speed. Suspension is MacPherson struts up front and a multi-link arrangement in back and calibration is definitely on the spongy side. Not to the point of nausea, but this is a softly sprung car.

My tester was the Limited model, and came with Chrysler's "new" 3.6-litre Pentastar V-6 engine. In this configuration, it develops a purported 283 horsepower and is mated to a six-speed automatic transmission only. Maybe it's because of the car's overall style and design, but it doesn't feel like there's close to 300 horsepower up front. This is not an especially lively car and lacks the free-revving acceleration and prompt throttle response found in rivals such as, oh, the Accord, Camry, or Sonata. The engine is quiet and well-behaved, but a pavement-burner it ain't.

I also have some quibbles with the transmission. When you shift into Drive, particularly first thing in the morning, it really slams in there, and the shift points are pronounced and kind of crude. Again, some of the 200's competitors have gearboxes that are buttery smooth with shift points that are hardly discernible and almost undetectable – I'm thinking of the Camry, in particular. That said, the 200 Limited does provide decent, if not spectacular, fuel economy: 11.0 litres/100 km in town and 6.8 on the highway.

Might as well talk about price at this point too. My tester, before taxes and various levies, is a shade less than $31,000. It comes well equipped, with things like anti-locking four-wheel disc brakes, stability control, keyless entry, power windows and door locks, tilt/telescoping steering, heated front seats and a 60/40 folding rear seat with a pass-through all coming standard.

It also had a leather interior, Sirius satellite radio, fog lamps and assorted convenience extras as part of the Limited package. Options included a Garmin navi system, with touch-screen display, which will run you $1,200. This price is about on part with a similarly equipped Sonata, but is way below a Camry with the same trim level. Not a bargain, but fair value for money.

Which about sums up the 200. It's a fairly decent automobile. Not a stand-out or a particularly good deal. It won't put you in the poorhouse, but nor is it worth getting excited about. One thing worth noting is that the Avenger has an unenviable reliability record. Consumer Reports says the reliability of the new Avenger is 57 per cent below average and it has issues in a variety of areas. The short version is that the 200 ticks some of the boxes, but is still something of a crap shoot when it comes to long-term reliability. 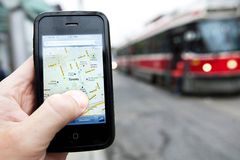 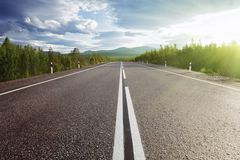 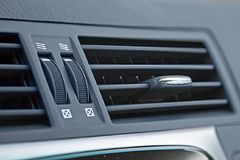 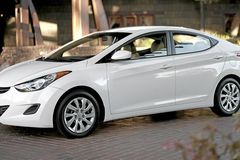 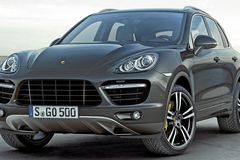 The numbers don't lie: Honda, Toyota still struggling
April 29, 2018
25 Questions: Can you pass this driving exam?
April 29, 2018
Follow us on Twitter @globedrive Opens in a new window
Report an error Editorial code of conduct
Due to technical reasons, we have temporarily removed commenting from our articles. We hope to have this fixed soon. Thank you for your patience. If you are looking to give feedback on our new site, please send it along to feedback@globeandmail.com. If you want to write a letter to the editor, please forward to letters@globeandmail.com.
Comments