Canadians love their pickups heavy, high-powered and rough-and-tumble. Any rig that's shy about that isn't going to win fans easily.

Toyota's Tundra has been one of those hesitant entries into this segment of the market still dominated by the Detroit Three. Like many Toyotas, it has been cautious, conservative, reliable and a little bit boring.

The latest Tundra makes a sincere effort to break with that tradition, with a half-ton that is heavy duty from bow to stern and has bold, in-your-face looks to match. It's got a big, beefy optional 5.7-litre V-8 engine, a bone-jarring ride and an audacious front grille that looks a bit like a hockey player who's taken a stick in the teeth.

In other words, it's more brash than buff.

Of course, pickups shouldn't be judged by their looks (although it is worth noting that the segment-leading Ford F-150 is also the sexiest). What really counts is what it can carry, tow and paw through.

On those counts, Tundra is a solid contender. Its optional 5.7-litre V-8 paired with a five-speed automatic has enough oomph to haul with the best of 'em. Its all-wheel-drive laughs at the snow. And its 635-kilogram payload means you can stack up that box with a load of rocks.

There are a few measures where the Tundra falls short. The first is its dreadful gas mileage. In my road test of city driving in Canadian winter, this tester averaged a shameful 15.3 litres/100 kilometres. And that's without trying to haul anything.

Winter, it turns out, is not the Tundra's favourite season. The day I picked it up, the outside temperature was -20 C, and that was enough to freeze every window shut and render the rear window defroster virtually ineffective. Over the next few days, the brakes squeaked and the dash developed an annoying intermittent chirp.

Scraping the windshield was also a quite the chore because this upgraded Limited model inexplicably comes without running boards. Even climbing into the cab required a degree of athleticism.

The interior is well-assembled with quality leather and chrome trim. But not all the details were perfect, such as the cup holder that promptly allowed my slightly oversized mug to tip. It was also surprising to hear how much engine noise crept into the cab.

Although none of the leading pickups is perfect, it is surprising to see this many flaws from a company that built its business on a reputation for quality.

Imperfect as it is, the Tundra is a fit competitor to the Ram, Sierra and F-150, although by no means a game-changer. Members of the cult of Toyota will buy one and probably not be disappointed. But buying one will be an act of faith that the truck's virtue of dependability will be realized over time. That's not something you can test in a week of driving.

The Detroit Three are in overdrive, introducing innovations they hope will help them hold category dominance. Ford's aluminum body and Ram's stunning eco-diesel are two obvious examples of innovations by companies fighting to be on top.

There is nothing in the mediocre Tundra to suggest any of this is about to change.

You'll like this car if ... You want a solid, likely dependable, and unglamorous workhorse.

This is a solid truck, but has no terribly innovative features. Annoying little flaws undermine its image of quality. 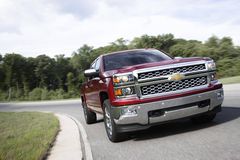 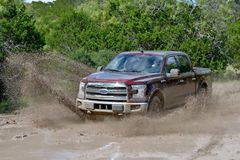 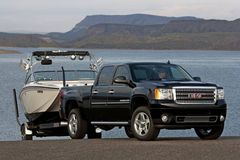 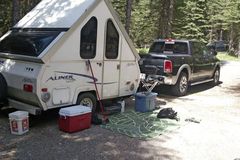 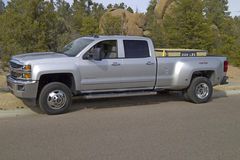