I will be in the market for a new car for my daily commute and occasionally transporting the kids to school, etc. My wife's 2006 Honda Pilot serves as the main family vehicle. I would like suggestions for a car that will be fun to drive, somewhat sporty but has a reliable reputation.

I have been considering the 3-Series BMW, Honda Accord sedan, Nissan Altima, Volkswagen CC or Jetta. As I plan to keep the car for eight to 10 years, I am concerned about maintenance and repairs following the initial warranty.

In your opinion, which of these cars would give me the best balance of performance and reliability over a car's lifetime? My price range is $28,000-$35,000.

Vaughan: Mikey, that's quite a mix of potential second cars there. All over the map.

Cato: There you go again, poking at another reader. Mike has a very simple query and it boils down to this: he wants a sedan of some sort. Simple. That's why a BMW is on his list, right beside a Honda Accord.

And, in fact, what's behind this question is something we've seen happening for years: premium brands like BMW are pushing down into mainstream territory. That's explains the 3-Series. It's not just a car for newly minted MBAs any longer.

Vaughan: But if reliability and long-term maintenance costs are key, the 3 shouldn't be on Mikey's list.

Cato: Now we agree on something. The customer research and technical service bulletins suggest older 3-Series cars suffer something more than the normal drivetrain, cooling and electrical system problems. BMW parts and service is not inexpensive and Mikey is worried about costs in years 7, 8, 9, and 10. No Bimmer for you, Mike.

Vaughan: But Cato, you've said many times you'd buy the cheapest 3-Series you could find and keep it for a decade.

But for Mikey? No. He'd curse us years from now when he started paying for factory parts himself.

Vaughan: Four-cylinder versions for all of them, correct?

Vaughan: The Altima I understand. It's extremely reliable and very fuel-efficient. It's comfortable but just a little racy. The engine, 175 horsepower, is strong and reliable. The starting price is less than $24,000, too.

So it all fits.

Cato: You bet. The ride and handling are on the sporty side, and so is the design. There's a roomy cabin for Mike's kids, too.

Vaughan: The Fusion is one Mikey didn't put on his list. He said Accord, but that's because he's already a loyal Honda owner with a Pilot SUV. Mikey may not be aware of the reliability story here.

Cato: Pick a survey or a study, any survey or study, on quality and reliability. Ford is now on par with the best in the world. I know for some that's tough to accept, but true. Ninety per cent of Ford models are rated average or above-average on reliability from Consumer Reports, for instance.

Vaughan: The Fusion, which was updated last year, is a very good mid-size sedan. Like the Altima, the Fusion has a 175-hp four-banger. The Ford has a better interior than the Nissan, too.

Cato: Ford has tightened up the handling and now it's pretty sharp, which is what Mike wants. Yet the ride is good, which the kids will appreciate. That four-banger delivers strong acceleration, though the Altima - just as strong - delivers better fuel economy. And the Ford's engine is noisier than the Nissan's.

Mike, you can get the Fusion with all-wheel-drive, too. Best of all, there is the price: a nicely equipped base Fusion stickers for less than $23,000. If you're a Costco member and you go after the factory-to-dealer incentives, you should be able to chop that price by at least $2,000 - perhaps more, depending on whatever dealer discount you can negotiate.

Vaughan: Our man has those kids to ferry around, so let's not forget to mention crash-test results. Impressive for the Fusion.

Cato: Now Mike, I'm suggesting the Volvo S40 because it's a European alternative to the Volkswagens on your list. The S40 is sportier than the Jetta and with discounts you should be able to buy one for less than $27,000, plus taxes and freight.

Vaughan: Maybe cheaper when Geely starts making them in China - just kidding. But the Swedish-built S40 is sporty all right, to the point of being almost stiff, Cato.

Cato: Read the letter. He wants a sporty and reliable car. The S40 does pretty well on both fronts. Good crash scores and a decent 168-hp, five-cylinder engine, too. It all adds up to something at least worth a test drive for Mikey.

Vaughan: It's the sportiest one of the lot, but the interior on that Volvo is much smaller than the Fusion and Altima. So my top recommendation is the Altima.

Cato: Fusion for me. The pricing seals it.

Jeremy Cato and Michael Vaughan are co-hosts of Car/Business, which appears Fridays at 8 p.m. on Business News Network and Saturdays at 2 p.m. on CTV. 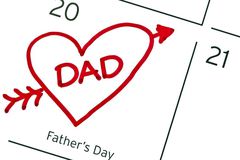 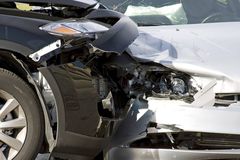 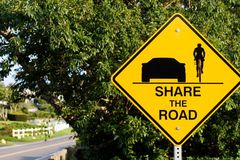 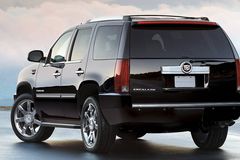