Overall Rating
8
Overall
Significant changes will likely keep the 2013 Honda Civic at the top of its game amid tough competition in the compact car segment. You’ll love this car if: you’re looking for a Canadian-made, value-packed compact car at an affordable price.
Looks Rating
8
Looks
Changes in the sheet metal include a new front fascia resembling big brother Honda Accord and sharper-looking wheel designs.
Interior Rating
8
Interior
Intuitive, modern interior with two-tier instrument panel. Comfy front seats, but the rear seats are tight for three.
Ride Rating
8
Ride
Ride and handling smooth and confident; less noise and vibration than its predecessor.
Safety Rating
8
Safety
Well-equipped with safety items such as ABS, electronic brake force distribution and vehicle stability control.
Green Rating
6.5
Green
Respectable fuel economy numbers. And, for the environmentally conscious, a hybrid is offered in the Civic lineup.

The Honda Civic is Canada's best-selling passenger car; it has held the top spot for 14 straight years. Honda executives are confident the restyled 2013 Civic that is making its debut at the Los Angeles Auto Show can stay ahead of the competition.

"We're very excited that Civic is on track for number 15 in a row. We think it'll be a contender for 16, 17, and beyond in terms of top-selling passenger cars," says Dave Gardner, Honda Canada's vice-president, sales and Marketing, at the company's headquarters in Markham, Ont.

The Civic went on sale in Canada in 1972 as a 1973 model. Forty years later, the Civic is still going strong. While the first-generation models included a five-door wagon, it is now only available as a sedan and a coupe. But there are significant improvements for 2013 including exterior and interior design changes, refined driving dynamics, extra equipment and improved safety features.

Across the board, all trims get extra features. The Touring trim, for example, adds a rear-view camera with navigation, auto air conditioning, fog lights, new 17-inch alloy wheels and text messaging capability to attract a younger, more tech-savvy buyer. The new iMid Texting lets you receive text messages – the system will read texts while you're driving and then you can respond from a number of predetermined responses – such as "I'm running late." That's a message I'd definitely use.

From the exterior, the Civic still looks conservative, yet attractive. It has a new front end featuring a lower, wider bumper with a horizontal chrome accent and a sportier black honeycomb mesh grille all anchored by new integrated fog lights on my tester. The redesigned rear gets an all-new tail light design that flows into the trunk lid.

All wheels are restyled, too. New 15-inch, 16-inch and 17-inch wheels are sharper than before and give an illusion of movement opposed to the conservative design which has changed little over the years. Even my 2001 Honda Accord wears the same wheel design as the 2012 models.

As far as colours, I'm not a big fan of grey cars such as my tester – especially when it's a popular car like the Civic. It's frustrating to find a grey Civic in a crowded parking lot. I prefer a more vibrant colour that stands out such as dyno blue pearl or carnelian red pearl. There are also two new colours for 2013 – aspen white pearl and kona coffee metallic, better known as one of the trendiest car colours' out there, dark chocolate brown.

Inside, the Civic stands out from the competition thanks to instruments arranged in two tiers. It looks distinct and adds a modern, youthful feeling to the cabin. The digital speedometer on the top tier is huge and easy to read. The digits are well positioned directly in the driver's line of sight.

The new centre console is laid-out intuitively – all gauges are simple to use and easy to find, even in the dark. The switches and knobs are well made and feel solid in your hands. Chrome accents on the vents and cup holders on my tester add a nice touch to the overall ambience of the cabin.

The front seats are comfortable and supportive; the rear seats could use a bit more space. Shoulder- and legroom is tight for three adults; two passengers are more comfortable.

Powering my tester is a 1.8-litre, four-cylinder engine. It works well, pumping out 140 hp and 128 lb-ft of torque. Mated to the engine is a five-speed automatic transmission, which is smooth and responsive.

The Civic's compact size makes it easy to park in tight spots. The handling and ride quality has improved. It's steady and secure with less vibration, noise, and shakiness than the outgoing model. Noise-reducing techniques include an acoustic laminated front windshield, higher-stiffness wheels, thickened glass on the front doors and noise insulations in the doors, dashboard and rear trays.

The 2013 Civic remains an affordable, reliable, value-packed small car. It goes on sale in Canada on Dec. 10.

Correction: The Civic went on sale in Canada in 1972 as a 1973 model. Incorrect information appeared in an earlier version of this story. 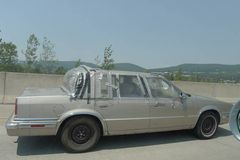 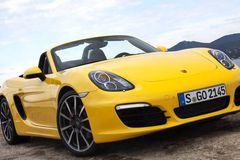 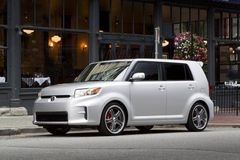 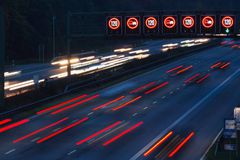 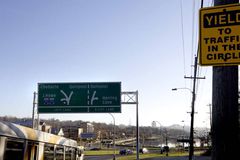 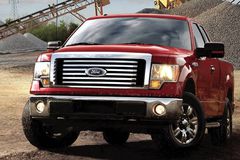 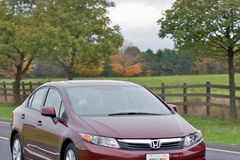