Rating
9
Overall Rating
9
Overall
An iconic, affordable, rag top that’s perfect for cruising around while basking in the sunshine. You’ll love this car if: you’re a sun worshipper on a budget – guys and girls alike.
Looks Rating
9
Looks
Attractive top up or down – definitely a looker when the roof is lowered, especially in my tester’s tornado red colour.
Interior Rating
8
Interior
Retro styling cues with a modern interior – love the funky red dashboard on my tester. Rear seats also fold down for extra trunk space.
Ride Rating
7
Ride
Not the sportiest ride, but it’s composed and fun to bask in the sun.
Safety Rating
8
Safety
Well-equipped with safety features such as traction control and driver and front passenger combined head/thorax side airbag supplemental restraint.
Green Rating
6
Green
A small, fuel-efficient ride, but it would be great if it came in a clean diesel version.

Now that warm weather has finally arrived, it's time to hit the road for a leisurely drive or a weekend getaway.

My vehicle of choice is a convertible, but unfortunately many have expensive price tags. And it's hard to justify spending $50,000-plus on a convertible given our short Canadian summers. Thankfully, there are a few affordable options on the market for less than $30,000. The all-new 2013 Volkswagen Beetle convertible is one of my favourites.

The ragtop version of the iconic VW bug is stylish and has dumped the cutesy chick car image in favour of a sportier look with wider appeal.

My tester is a Highline model with an optional Technology package that costs $1,290 and adds a touch-screen navigation system and a premium Fender audio system with 400 watts of power and eight speakers plus a subwoofer. As is, it has everything you'd want in a car, for $33,030.

Besides the price, its best feature is the power-operated cloth roof. With the push of a switch, you're topless in less than 10 seconds. Unlike the previous generation, there's no awkward latch to fiddle with. You can even lower the top while travelling at speeds of up to 50 km/h.

Plus, the roof doesn't eat up valuable trunk space. There's 200 litres of cargo room, which is plenty for grocery or shopping bags. The opening to access the trunk has grown slightly, making it easier to load and unload items.

Despite the fabric roof, the cabin is well insulated with little exterior noise from the wind or road entering inside when the roof is closed. When the roof is open, a wind blocker helps reduce wind buffeting. It sits across the two rear seats, so it's only ideal if you don't have rear-seat passengers along for the ride.

While the Beetle seats four, the two rear seats are a little cramped, especially on legroom. They're also too upright, so they get uncomfortable fast. You can drop the 50/50-split folding rear seats in exchange for more storage space. They fold down easily with one hand – just pull a lever in the cargo area and then lower.

The Beetle convertible has grown in every dimension – it's lower, wider, longer, and less rounded than the last version. Top up, the convertible resembles its hard-topped sibling. Top down, its lines are striking, more aggressive and, dare I say, more masculine. My tester's exterior is bold and sporty, painted in a stunning shade of tornado red with dual steel exhaust pipes, a black front grille with chrome touches and a rear spoiler. Several guys complimented the new styling – saying it's a big improvement over the last generation.

Inside, the cabin is funky and youthful – a marked departure from the cutesy last-gen bug complete with a bud vase. Yes, the flower vase is gone!

The wide dashboard is painted in body colour. In my case, vibrant tornado red appears along the dash as well as on the chunky steering wheel. The colour complements the biege leather perfectly, creating a posh atmosphere inside.

The layout is simple and clean with flat buttons and large rotary dials for the HVAC system that are easy to find. Other nice touches include interior ambient lighting that lets you change the lights on the door trim panels and door-mounted loudspeakers from red, white, or blue by turning a tiny wheel located left of the steering column. There are smart storage solutions throughout the cabin, too, including a front-centre armrest, a magazine storage pocket on the front passenger-side seatback and dual glove boxes – the top box integrated into the front fascia opens upward; while the standard glove box opens downward.

Powering my tester is a 2.5-litre, five-cylinder engine mated to a six-speed automatic transmission – for now, it's the only engine/transmission combo offered. In August, a 210-hp turbocharged engine with either a six-speed manual or six-speed DSG joins the lineup as a 2014 model. The U.S. and other markets get a TDI clean diesel, but unfortunately it's not slated to come to Canada.

The five-cylinder in my tester delivers 170 hp and 177 lb-ft of torque. The six-speed automatic has Tiptronic so you can manually shift through the six gears as well as a sport mode. I know it's not the same as a manual – but it'll have to do. Still, the ride is smooth and compliant; the handling responsive.

It's not the sportiest car on the road; it's made for cruising around town leisurely, with the top down. It also returns respectable fuel economy numbers – rated at 9.8 litres/100 km in the city and 7.3 on the highway; I averaged 8.2 litres/100 km in combined driving.

The new VW Beetle convertible is an affordable, attractive and edgier ride that will attract more men to the model. 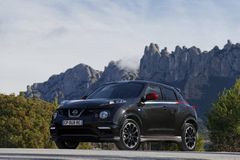 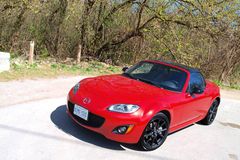 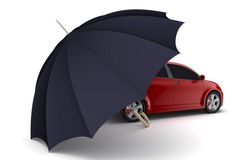 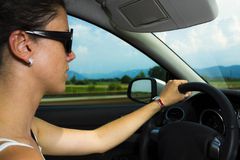 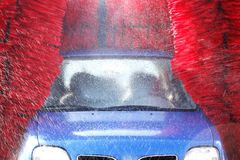 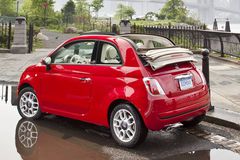 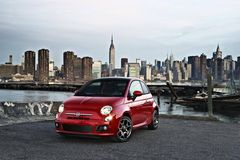