In 2009, the Hyundai Elantra Touring wagon joined the company's lineup.

It shared its powertrain with the Elantra sedan, and came in four trim levels: L, L with the "preferred" package, GL and GL with the Sport package. Depending upon your choice, you could get either a five-speed manual or four-speed automatic transmission.

This was not simply the sedan with a different body configuration. The Elantra Touring was actually a separate vehicle, and was designed in Germany, and sold in Europe as the i30. It was manufactured both in South Korea and the Czech Republic and, apparently, models shipped to Canada came from Korea.

A 2.0-litre engine developed 138 horsepower at 6,000 rpm, with 136 lb-ft of torque. This particular powerplant was a little rougher around the edges than that of the competition, which included the Toyota Matrix/Pontiac Vibe, Kia Rondo and maybe even the Volkswagen Golf. On the highway, it could be a little loud and drivetrain noise was obtrusive. It would probably also have benefited from a five-speed automatic transmission, and many of its rivals had one.

Still, it was a nice-looking vehicle, and the body configuration was as practical and useable as you could get in this segment of the market. Fold down the back seats and 1,848 litres of cargo room was revealed. By way of comparison, the Toyota Matrix offered 1,384 litres. The headrests stayed in place when you lowered the rear seats, but rear storage area was not completely flat, unfortunately.

If you chose the upscale Touring GL, you got a reasonably high complement of standard equipment. Air conditioning, tilt/telescoping steering, one-touch driver's side window and power door locks all came with this model, and so did heated front seats and a chilled glovebox. At this price level, these items were usually optional and made the GL quite affordable. That said, the base L model lacked virtually all of these amenities, including air conditioning and remote keyless entry, both of which were optional.

The Elantra Touring had the ubiquitous MacPherson struts up front and a multi-link rear setup, with stabilizer bars, but thanks to recalibrated springs and a slightly longer wheelbase, it tended to hit bumps hard. Even modest-sized potholes could present a problem, and the suspension on this car amplified the impact from one end to the other. It also featured pronounced drivetrain noise, all of which gave the Elantra Touring an almost truck-like ride. Much harsher than the sedan version.

There's one safety recall on file with Transport Canada. It's a simple but crucial issue and afflicts both 2008 and 2009 versions of the Elantra, wagon and sedan: a possibly defective fuel pump that could fail outright and leave you stranded. A new unit solves the problem.

To this we can add an alert from the U.S. National Highway Traffic Safety Administration, and it's one of the most common trouble spots in the industry: so-called weight-sensitive airbag sensors that may fail to detect the actual weight of the passenger seat occupant, and activate the airbag in a collision, regardless of the size of the passenger. If it hasn't been dealt with already, dealers can fix this glitch easily by replacing the sensor, which, in this case, is located in the centre console.

NHTSA also has 15 technical service bulletins for this vintage of the Elantra Touring. These range from a "rattling" in the steering column at low speeds, to transaxle problems in third gear, to various labeling issues.

Consumer Reports gives the sedan version of this year of Elantra a better than average used car prediction, but notes that the Touring wagon "has a stiffer ride and noisier cabin" than the sedan. Some comments from owners: "Outdated design," "Extremely reliable," "Check out a Focus" and "Engine could have more power." Complaints about the stiff ride and excessive road/wind noise are fairly common. 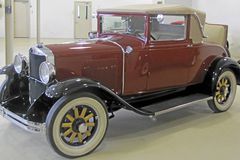 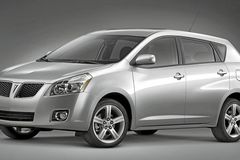 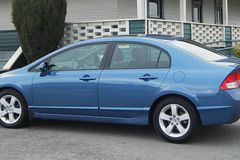