Here's a term you don't hear often any more: the personal luxury coupe. Think back to the 1950s, '60s and '70s; those gargantuan Continentals, Thunderbirds and Eldorados with just two doors each the size of a picnic table, floating down the road in overdone opulence. That they were missing another set of doors gave the driver the impression of sportiness and freedom, despite the fact they could fit the entire family inside.

These two-door coupes gradually fell out of favour, what with people's sensibilities and practicalities. But you're not one of those people, are you? Forget the SUV, you want a personal luxury coupe. And while the Germans offer a few good ones, you want something from Asia, just to be different; yes, there are a few out there. And you want to pay less than $15,000.

Toyota produced the Solara coupe for 10 years up to 2008. The two-door was supposed to be a sportier version of the Camry, but was basically just a more stylish form of the soft-riding sedan. If you like driving Toyotas – meaning, if you don't actually like the act of driving – then this won't disappoint. It sat on an outdated chassis and was underpowered, but luxury options were available, so you can at least surround yourself in opulence.

The Genesis is a remarkably upscale sedan from Hyundai; its coupe version is remarkably different from that. The two-door focuses more on a sporting ride than it does cosseting passengers, with a firmer suspension that helps with handling but makes the drive a bit rough. We can find these up to around the 2011 model year, a year after it debuted, and depending on the model, we'll find either a base 210-horsepower, turbocharged 2.0-litre four cylinder or a 306-horsepower, 3.8-litre V-6, which would be the desirable choice. A premium V-6 Grand Touring edition comes with all the luxury bits, while a Track version has even sharper suspension. There's only one recall, for a failing brake light switch.

Honda has offered a coupe version of its mid-sized Accord since the early 1980s with great success. We can find these up to around 2010, and you'll get a reliable, stylish two-door for the money. It can be found with an economical four-cylinder or a more powerful V-6, though this won't exactly provide scintillating performance. But the coupe offers a sharper, more sporty ride than its sedan cousin; there was even a six-speed manual available. With leather seats and sat/nav available, the Accord coupe is a good choice, though recalls dealt with an automatic transmission bearing and a stalling engine.

Nothing here combines luxury and true sportiness like the 2008-09 Infiniti G37 Coupe. It has the performance to match its sexy styling, with rear-wheel drive, a powerful, 330-horsepower V-6 and crisp handling. Inside is sumptuous leather, with seats fit for spirited driving and all the usual amenities for a luxury car of that era. Consumer Reports labels it a "good bet", and its only recall deals with a faulty air bag. Because it is so good, it's difficult to come by for less than $15,000, but it is out there.

Nissan offered its Altima in a coupe for a few years up until 2013; we can find them for our price up to 2010. And while it's not a bad car, it falls to the bottom of this list in luxury, performance and style. It has good fuel economy, but the drive is beige, especially with the engine coupled to an early generation CVT. Recalls deal with front struts, air bags, a faulty weld, defective wheels, a loose bolt in the suspension and an overheating navigation system. 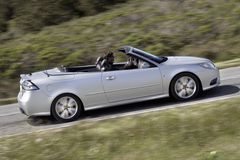 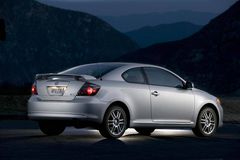 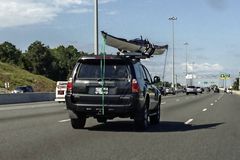