We've got two kids and another on the way. And a dog. We've always had smaller cars but now we need a decent family hauler – with three rows of seats, if possible (the kids fight). Thing is, I'd like something that doesn't signal to the world that we've given up. It would be nice to have something with a little style and personality – and not just a generic minivan. Our budget's not huge – we'd like to not go over $20,000 – Sarah, Ottawa

'Mom! Lucas is hitting me!"

That probably won't stop until your kids are 30, but an extra row can cut down on the noisy battles while you're barrelling down the highway.

And that extra territory for your kids doesn't mean you're doomed to drive a bland minivan – there are snazzier options for around $20,000.

2009-2012 Ford Flex: This full-sized crossover looks like it drove out of a Beach Boys song – and lost the lumber on the side along the way. Online, some like the looks, others complain that it's boxy. But that boxiness means decent room inside. Consumer Reports says the second row is "one of the best you'll find," and seats three adults comfortably. It's tight in the third row, which you get to by moving one of the second-row seats forward.

It has a 262 horsepower 3.5-litre V-6. The base model is front-wheel-drive (FWD) and all-wheel drive is available.

Online, there are raves about the quiet cabin and a car-like ride – and pans about the soft brakes and some shoddy materials in the cabin.

It got five out of five stars for performance and design from J.D. Power and Associates, three out of five for overall quality. Consumer Reports gave the 2009-2011 average ratings for predicted used car reliability. In 2012, that jumped to excellent.

Less stylish: The Chevy Traverse is another three-row option. It's decent-looking, but not distinctive. It's been a top pick for family cars from edmunds.com's and Parenting magazine. But there have been issues with reliability – Consumer Reports gave the 2009, 2010 and 2011 models its lowest score.

2011 Honda Odyssey: Up until its 2011 redesign, the Odyssey was a handsome minivan, but it wasn't a head-turner. The redesign gave it distinctive "lightening bolt" rear side windows (Honda's words, not ours). Is it good distinctive or ugly distinctive? The vote seems to be split – although it fared a lot better than the Pilot did in its clunky 2009 redesign.

The Odyssey, which competes with Toyota's Sienna for top reviews, isn't cheap. It will be a bit of an, er, odyssey finding a 2011 for around $20,000 – but it looks like they're out there.

With the third row down, it's big enough to easily fit a brand-new dryer in a box. With the back seats out, you can fit in a couch.

The bulk of the 2011 Odysseys in your price range will probably be the base LX, which doesn't stand for luxury. It doesn't have power sliding doors – or a rear entertainment system to keep your kids sedated. Or a rearview camera, which probably should come standard considering it's more than 5 metres (16.9 feet) long. The EX, EX-RES, EX-L and Touring models get progressively swankier.

Reviewers like the third row that quickly folds into the floor. The biggest complaint seems to be the cost of the higher-end models, and the lack of features in the LX. Consumer Reports predicts average reliability for a used 2011 and 2012 Odyssey.

The 2011 is snazzier than the previous year, but there are a lot of these on the road – Honda's sold more than 52,000 Odysseys in Canada since 2011. You won't get stares in the Costco parking lot.

Toyota's Sienna is probably the biggest competition – both in sales and reviews. You can find them up to 2011, the year of its latest redesign, in your price range. It's a nice-looking van – but is it stylish? Nissan's post-2010 Quest is quirkier. Nissan dropped it in 2014 after slow sales, so there's not many out there.

2012-2015 Mazda5: Zoom-zoom? Sure. Room-room? Well, not as much as a minivan. But if you like the feel of a smaller car but still have three rows of seats, there's always Mazda's mini-minivan. It has a third row but just seats six – each row seats two. And, with that last row up, there's not a lot of room for luggage.

Is it stylish? Well, let's just say, after a 2012 update, it won't be mistaken for any other brand. Consumer Reports took back its recommendation after the 2014 model got a poor rating in crash tests by the U.S. Insurance Institute of Highway Safety. 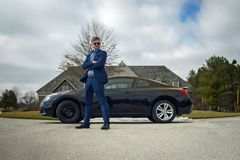 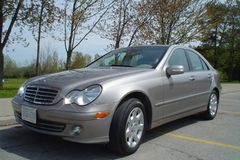