Found in Legacy and Outback models, PZEV reduced tailpipe fumes through the use of a super-efficient charcoal air filtration system, redesigned fuel injectors, a reprogrammed Electronic Control Model (ECM) and a beefed-up catalytic converter. Slightly advanced ignition also heated the catalytic converter up more promptly than usual, which further reduced the amount of unburned gases escaping through the system during cold starts.

At the time, you could have argued that all this was as much a case of fine-tuning as it was new technology, but the results, claimed Subaru, gave PZEV models almost 90 per cent cleaner exhaust than most new gasoline-fuelled vehicles of this vintage, and it was just a whisker away from a zero emissions (ZEV) rating. And this was without sacrificing fuel economy.

Power for the Outback PZEV was provided by Subaru's tried-and-true "flat-four" boxer engine. In this configuration, it displaced 2.5 litres and developed 170 horsepower. This powerplant was, and is, used throughout the company's model range and, with the PZEV package, could be mated to a four-speed automatic or five-speed manual transmission. You could not get PZEV with any of the larger or turbocharged engines for this year of Outback, and 2010 saw the introduction of a CVT.

Equipment level was typically high. Along with all the usual modcons – one-touch-down power windows, keyless entry, tilt steering, power sunroof and 60/40-folding rear seat – you got heated front seats, roof rails, 16-inch wheels and tires and exterior badging that let everyone know you were doing the right thing. Not to mention a full roster of front, side, and side curtain airbags, four-wheel disc brakes with ABS and a traction control system.

All was not perfection, however. It could take the PZEV system a bit of time to get fully operational after cold starts, while it warmed itself up. During snowy weather, this may have been an issue in some parts of the country.

Nonetheless, Subaru has applied PZEV technology to some of its other models and the 2013 iteration of the Outback can also be had with it. It's a bit more powerful than the '09 iteration, but the systems are essentially the same. While some other manufacturers have been busying themselves with four peripheral exterior cameras, back-up warning chimes, convoluted navigation systems and ventilated front seats, Subaru focused on cleaner-running engines. For this, it deserves credit.

There's one safety recall on file with Transport Canada and the U.S. National Highway Traffic Safety Administration for the 2009 Outback, and it applies to all models. The rear brake lines could become corroded and leak, resulting in loss of braking power. Not good, but easily fixed by dealers.

NHTSA also has six technical service bulletins for this vintage of the Outback, and they range from a front catalytic converter that could "degrade" prematurely (and in the process, diminish the efficacy of the PZEV system), excessive wheel vibration at highway speed and reports of counterfeit airbags being used as replacement parts during repair. Some complaints from owners: "Catastrophic engine failure," "Tire pressure management system has never worked properly" and "Vehicle has a shimmy while driving at highway speeds."

Consumer Reports likes the 2009 Outback. The four-cylinder models garner a "better-than-average" grade, with minor issues reported in the electrical system and the dreaded "squeaks and rattles." Some comments from owners: "Fantastic in snow belt," "A bit underpowered for highway driving" and "Back seat is small and uncomfortable."

Market research firm J.D. Power isn't too keen on this vintage of the Outback. It gives it a "below-average" mark for overall performance and design, with a "better-than-most" rating for dependability. These grades apply to the entire Outback lineup for this year, not just the PZEV.

You can expect to pay from the mid-teens to the mid-$20,000s for an Outback. There isn't any significant price difference between the PZEV and regular versions, although the PZEV was slightly more expensive when new. 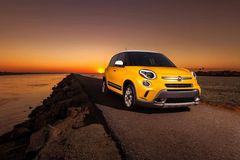 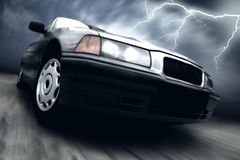 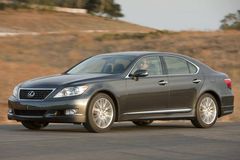 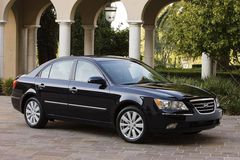 Car Review
The SUV by which all others are measured
May 11, 2013 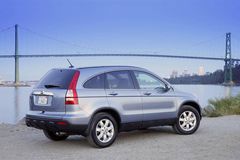 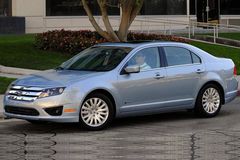