The cold is here, and it's only going to get worse. Or better, depending on your point of view, especially those who embrace winter and love to play in the snow. You might as well, because it's going to be here for a while.

But while you wax your skis and sharpen your skates with great anticipation for the slopes or that outdoor rink, you'll also have to think about getting there safely. More than just a winter beater (that cheap throwaway car for salty streets), you need something sure-footed and reliable with a bit of room for your family and all that equipment. And to avoid the icy stares of those snoots at the ski chalet, let's look at something newer and nicer, something up to $15,000. And remember, no matter what you buy, a good set of winter tires is essential.

You'd think a bigger car would be better for cargo, and you'd be right. How about a Ford Explorer? You can find them up to about 2010, a year before a redesign. It has four-wheel drive, a comfortable ride and a nice interior. But is it too big? Not only would fuel economy be an issue, but it won't be as agile on those twisty hill climbs, either; it feels more truck than car. It also has a spotty reliability record, though few recalls.

Perhaps a bit smaller, then? The Toyota RAV4 can be had between 2008-2010, but be careful with your selection: not all have AWD, despite the confusing "4" in its name. But they are dependable, fuel efficient and are available with three rows of seats, though the third row is only good for pets and small children. You decide if you like the side-hinged rear hatch or not. With the family, the skis need to go up on the roof, and its height may not make them easy to access.

A lower roof would make it easier to put the snowboards and skis up on the rack, then; a Volvo XC70, found up to about 2009 models, would help. Despite the lower roof, it has more clearance than the average car, plus power galore with two inline six engines available (235 horsepower and 281 hp). There is good room inside, but while the interior is higher quality, it's dated. It's certainly a premium car, and you'll pay for that when it comes to repair bills. Fortunately, there are few recalls to deal with.

This is an easy choice, even with the Volvo in the mix; we could have made this entire list with just Subaru cars, but the best for a family of three or four would be the Outback. Get one from 2010 or newer, when it was redesigned; they are available with either a 170-hp, 2.5-litre flat-four-cylinder or a 256-hp, 3.6-litre. What makes this the perfect ski hill car is a higher ride height, an AWD system that would practically let you drive up the side of the mountain and a clever roof rack that folds its centre rails away for less wind noise when not in use. Plus, it has better fuel economy than the Volvo and a better on-road comportment. Add to that a stellar record for reliability and safety (though it did have a few recalls that covered air bags, short-circuiting puddle lights, a brake master cylinder and the steering), and you've got a roomy, rugged yet stylish ride to the chalet.

Let's be honest, you're no James Bond. That cinematic and charismatic superspy may know a thing or two about covert intelligence, but for slippery roads and frequent snow storms, using a mid-1980s Lotus Esprit with ski racks isn't so intelligent. Bond may be able to keep it on the roads in northern Italy or Switzerland as he's being chased, but for mere mortals, a low-slung, rear-wheel-drive sports car with no traction control would mean the end credits come early. 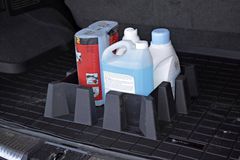 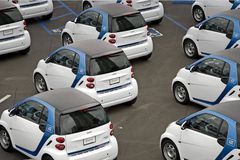 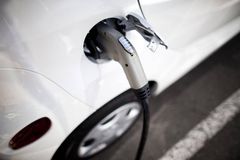 The making of Morgan: Inside the iconic auto maker's factory
Gallery
December 11, 2014 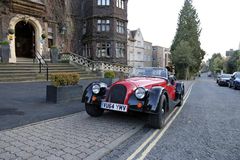 In pictures: Strangest custom requests in a Rolls-Royce
Gallery
December 11, 2014
Follow us on Twitter @globedrive Opens in a new window
Report an error Editorial code of conduct
Due to technical reasons, we have temporarily removed commenting from our articles. We hope to have this fixed soon. Thank you for your patience. If you are looking to give feedback on our new site, please send it along to feedback@globeandmail.com. If you want to write a letter to the editor, please forward to letters@globeandmail.com.
Comments