In late 2004, General Motors decided to adopt a "new approach" to the minivan market, introducing its new-for-2005 Saturn Relay in the fall of that year.

It joined its kissing cousins, the Pontiac Montana, Chevrolet Uplander and Buick Terraza. Separated mainly by badging, these four shared platforms and drivetrains, and were part of General Motors' ultimately doomed push to consolidate the minivan market and "maximize" the company's coverage in this segment.

The Saturn Relay and its cousins were designated "medium-vans" by GM and could possibly be considered as crossover vehicles.

The Relay was the first seven-passenger vehicle in Saturn's lineup and was intended to intercept customers who might otherwise look to import manufacturers when it came time to buy a family people carrier. With an original MSRP of about $28,000, it was right in the middle of the pack, price-wise.

Like its stablemates, the Relay was powered by a 3.5-litre V-6 that featured an overhead valve layout, with two valves per cylinder, pushrods and cast-iron engine block/aluminum cylinder head construction.

This engine was, in fact, an updated version of the familiar 3.4-litre V-6 that was used in the previous generation of Pontiac Montana, Oldsmobile Silhouette and others. It developed 200 horsepower at 5,200 rpm and, while not the highest-revving engine in this segment, it did come with decent torque and pulling power.

There was one transmission choice, GM's ubiquitous four-speed Hydramatic, and you could get the Relay with either front-wheel- or all-wheel-drive. In late 2006, an optional 3.9-litre V-6 was also briefly offered.

Because it was aimed primarily at families, the Relay was loaded with comfort and safety features. During the research and development and clinic phase of its evolution, GM was said to have flown 30 families into their Doraville, Georgia, manufacturing facility to spend two weeks with the new vehicle.

Among other things, it had GM's controversial remote-start feature (optional), and the second- and third-row seats could be folded or removed.

The back section featured a completely flat floor once the seats were folded down and a large second-row centre console handled all the usual detritus and bric-a-brac that families accumulate - game consoles, DVDs, juice boxes, etc.

As well, there was an optional fold-down DVD player with rear-seat controls and no less than a dozen cup holders.

You could also order an optional traction control system and GM's StabiliTrak vehicle stability system. ABS was standard and the Relay came with four-wheel disc brakes.

Available in an extended-wheelbase configuration only (although the Uplander and Montana were sold in both regular and extended wheelbase versions), the Relay featured fairly orthodox MacPherson strut front suspension and trailing links in the back.

It didn't take your breath away with its handling prowess, but then, it wasn't designed for that. It was meant to deliver an unruffled, stable driving experience, with car-like comfort and, on that score, it did the job.

Step up a level to the AWD model and you got a six-way power driver's seat, cargo area storage module, floor mats, power rear quarter windows, illuminated visor vanity and a theft-deterrent system.

Unfortunately, the Relay did not strike a chord with buyers. After less than three years of production, it was retired in 2007, and GM basically got out of the minivan business.

Three safety recalls from Transport Canada are on file. One concerns various safety warnings, such as seat-belt chimes that won't work properly if the remote start feature is used. This is not a safety issue, per se, and easily repaired at a dealer.

The second is a little more serious and involves a possibly faulty emergency brake that may not hold the vehicle if it's parked on a steep hill.

The third has to do with possibly flawed release handles on the second-row seats that could unlatch during an accident. Again, dealers fixed this, gratis.

The U.S.-based National Highway Traffic Safety Administration has the last two glitches on file as well, plus a possibly faulty steering knuckle that could lead to a loss of vehicle control.

All of these recalls also apply to the Pontiac Montana, Buick Terraza and Chevy Uplander.

NHTSA has a hefty 89 technical service bulletins for the Relay, and they cover just about everything. For example, if the vehicle is parked facing downwards on a steep hill with a quarter of a tank of fuel or less, it may not start. On all-wheel-drive models, the transfer case can sometimes fail and you don't get AWD. There are also numerous electrical glitches, including an unreliable fuel gauge.

Consumer Reports gives the Relay its lowest predicted reliability rating, singling out the electrical system, drivetrain and fuel system as potential trouble spots. Suspension, body hardware, brakes and "squeaks and rattles" are all blacklisted, and the only bright spot seems to be the engine, which gets this organization's top rating. This applies to all vintages of the Relay, from 2005 to 2007.

Similarly, market research company J.D. Power is pretty negative, giving the Relay failing grades in just about every department, with the exception of powertrain quality.

All of this is reflected in the Relay's resale value. Depending upon the year and equipment level, you can expect to pay anywhere from a low of about $8,000 to a high somewhere in the $14,000 neighbourhood. 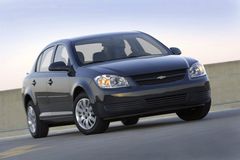 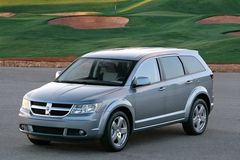