Introduced in 2011, the Chevrolet Volt actually went into production in late 2010. Officially classed as a hybrid vehicle, it was a breed apart from conventional hybrid and electrical vehicles.

A 1.4-litre gasoline engine supplemented a lithium-ion battery pack, which was located under the car's firewall and along the centre console, in a T-shaped configuration. But unlike other hybrids – the Toyota Prius, for example – the Volt was designed to run on pure battery power alone for 60 kilometres before the auxiliary gas engine cut in. In other words, those first 60 clicks are emission-free, regardless of the conditions. City or highway driving, it made no difference, although the harder you drove it, the sooner the batteries discharged. When that happens, the gas engine comes into play and continuously recharges the battery pack while giving the car a driving range of 640 kilometres.

When it introduced the Volt, GM didn't even describe the gas engine as such, but referred to it as an "on-board gasoline-powered generator." It's main purpose was – and is – to keep the batteries charged, as opposed to providing motivation.

The Volt could be recharged by plugging in to either a 110- or 240-volt outlet. The recharge socket was located on the left front fender and, with the battery pack fully discharged, GM claimed it took about eight hours at 100 volts and three hours at 240 volts to get it back up to snuff. In reality, it took much longer – especially with the lower voltage. When you plug in, the car's on-board computer "shakes hands" with the available electrical supply and performs a mini-diagnostic. Any flaws or anomalies in the electrical supply – short circuit, low voltage, etc. – are displayed and you can also communicate with it to check on its state of charge.

Like virtually all hybrids, the Volt had regenerative braking and, when it decelerates, energy is "captured" and fed back into the batteries. There was also a Sport setting that gives the car an extra shot of performance when climbing hills or overtaking, for example. It provided reasonable power and acceleration, but the Volt was not a performance car in any way, shape or form. Interestingly, the Volt was one of the most streamlined cars GM ever put forward, with better aerodynamics than the Corvette, for example.

Just one safety recall from Transport Canada to report and it's a minor one. With some vehicles, the daytime running lights can be manually switched off and a new ignition key reprogrammed as a result. Transport Canada has its knickers in a twist about this, but it's easily remedied by dealers.

The U.S. National Highway Traffic Safety Administration conducted a barrage of crash tests on the first Volts manufactured for the 2011 model year – 14,735 in all – and found that in certain crash situations (side impact with a utility pole and vehicle rollover), a vehicle fire was possible. Quoting NHTSA: "coolant leakage, and subsequent rollover that saturates electronic components, were the only test conditions which resulted in a subject vehicle HV battery fire." General Motors offered to remedy things somewhat by strengthening various body components and adding a battery coolant leak monitor. This was one of the most extensive investigations in NHTSA's history and the government agency concluded: "A defect trend has not been identified at this time, and further investigation does not appear to be warranted."

Still, NHTSA has 40 technical service bulletins on file for the Volt and they run the gamut; from "non-charging" issues, to problems with the engine starting itself up and running during a plug-in recharge, to a myriad of electrical and computer-related issues. Suffice to say, the Volt has been under a microscope since its introduction, and the reports are still coming in.

Consumer Reports likes the idea behind the Volt, but can't bring itself to fully endorse it. While praising its low operating costs and fundamentally sound design, the magazine criticizes its peripheral visibility and practicality. Still, it receives top marks in every category, and a "better than average" used car prediction. Says C.R. "We expect reliability of new models will be 36 per cent above average." It doesn't get C.R.'s coveted "Best Bet" award, though. Some comments from owners: "Look Ma, no gas!," "Pleasantly surprised at how much we liked the Volt," "Feels more German than U.S." and "GM catapults from last to first in green technology."

Market research firm J.D. Power is a fan as well, and made the 2011 Volt a recipient of its performance award, with a top rating for overall performance and design, and a "better than most" grade for overall quality. However, it's only rated "about average" for predicted reliability. 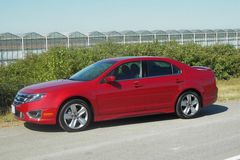 Headlight changes leave him in the dark
April 29, 2013 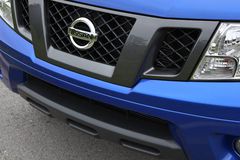 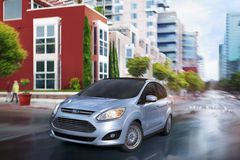 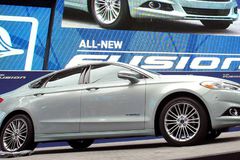 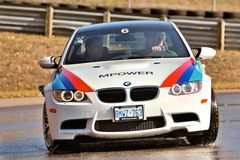 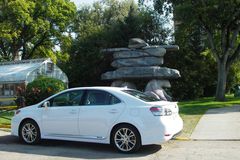