Nissan's mid-size Pathfinder, which bears a strong family resemblance to its full-size stable-mate, the Armada, received a complete overhaul in 2005, when Nissan basically re-did it from one end to another.

Among other things, the company added a new body-on-frame construction, to replace the previous version's monocoque setup. Essentially unchanged in 2006, it came in three basic versions: S, SE, and LE, with an off-road performance package available with the SE.

Whichever trim level you chose, the Pathfinder was more than up to the task of tackling ugly backroads. The Off-Road version in particular, came with heavy-duty shock absorbers, off-road tires, Hill Descent Control and Hill Start Assist. This last feature basically prevented the vehicle from rolling backward when you were stopped on a hill and trying to go forward from a dead stop. Brake pressure was automatically maintained so that you could go from brake pedal to gas pedal without slipping backward. Ostensibly, it was meant to offset the perils of off-road driving, but it worked pretty well in the city, too.

All versions came with Nissan's All Mode 4WD system, which was accessed via a console-mounted rotary knob. It could be set to automatically switch from 2WD to 4WD when conditions required. Power for all models was supplied by the company's ubiquitous VQ-series V-6 engine, which displaced 4.0 litres, and developed 270 hp at 5.600 rpm and 291 lb-ft of torque at 4,000 rpm. This engine also requires premium gasoline.

Only one transmission was available: a five-speed automatic, and all models came with a limited-slip differential that redirected power whenever one of the driving wheels breaks traction - on all four wheels. Four-wheel disc brakes with ABS were also standard. Suspension was four-wheel independent, with double wishbones front and back and front and rear stabilizer bars.

As well as a restyling job, the revised Pathfinder also got a new interior layout. With all seats folded flat, there was 2,093 litres of total cargo space and both second- and third-row seats came with 40/20/40 and 50/50 folding features. And for coffee drinkers, there were no less than six cup-holders. Then, as now, the Pathfinder seated seven people, but Nissan has never tagged it primarily as a people-mover. One nice little feature: a two-piece tailgate that allowed you to open the glass hatch independently of the rear door.

For its under-$38,000 base price, the Pathfinder came well-equipped. All the usual modcons were here - power windows and door locks, air conditioning, cruise control, tilt steering and on and on. You could also get rear passenger air-conditioning, as well as power-adjustable pedals, dual-zone climate control and even a first aid kit, depending upon the model. If you opted for the full-zoot rendition - the LE - you also got leather interior, driver's-seat memory system and wood trim.

Transport Canada has two safety recalls. The first concerns a suspect fuel gauge that could read one-quarter full when in fact, the tank is empty. Nissan has apparently notified new owners of this problem and, by now, it should have been dealt with. If in doubt, keep your fuel level above half a tank.

The second recall involves a possible glitch with the airbag sensor, which could malfunction in areas where salt is heavily used on the roads during winter. It could result in non-deployment of the airbags in the event of a collision. This recall also affects Frontier and Xterra models from 2005 to 2009.

To these two we can add a potential problem with the lower control link assembly in the front suspension and a flaw with an aftermarket trailer brake wiring harness manufactured by Hopkins. In a nutshell, this latter problem could result in no trailer brakes and activation of dash brake warning lights.

The U.S. National Highway Traffic Safety Administration has 25 technical service bulletins on file for the '06 Pathfinder. While many are in the form of service personnel advisories, others - such as possibly wonky U-joints, "rattling" front seat assemblies, a "squeaky" fuel pump and a noisy timing chain - may require attention.

Consumer Reports gives this year of the Pathfinder a neutral used-car prediction rating, citing the fuel system, drivetrain and electrical system as potentially problematic areas. Substandard fuel economy seems to be a common complaint with owners, whose comments include: "stiff ride," "metal squealing when in reverse," and "rear window wiper too small."

Market research company J.D. Power, meanwhile, seems to like the Pathfinder's interior design and powertrain quality, but has problems with its features accessories quality and interior quality. It gets an "about-average" overall rating from this organization.

Nowadays, you can expect to pay anywhere from the low 'teens to the low $20,000 range for a 2006 Pathfinder, depending on trim level and equipment.

Tell us your top five driving tunes and let the debate begin . . . 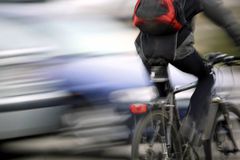 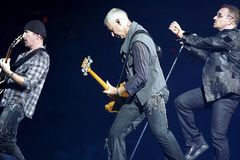 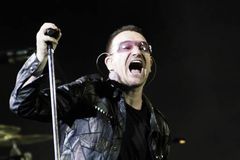 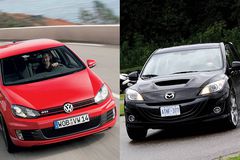