When historians look back on this moment in car history, they will likely see it as the transitional point between the automotive tradition of the last century and a new age of highly connected, automated and autonomous vehicles.

The latest innovations in automotive technology are, in a lot of ways, baby steps towards that inevitable future. While such vehicles are not yet rolling off the assembly lines, those that are can be placed at the midpoint of the evolutionary chart, with a Ford Model T at one end and a self-driving vehicle with no pedals or steering wheel at the other.

As a result, today's vehicles are seeing major upgrades – that make cars both safer and more fun to drive – ranging from smartphone connectivity to parental controls to features that interpret and predict the world around them.

Subaru, Mercedes-Benz, Cadillac and Volvo were among the first to offer pre-collision assist, which helps prevent against certain types of collisions. Utilizing radar-based collision warnings and adaptive brake assistance, the feature warns drivers when a fast-approaching obstacle is detected, while calculating the amount of braking force required to avoid it. As soon as the driver touches the brake, the car automatically uses the exact appropriate force to come to a stop before hitting the obstacle, although not too suddenly, as to provide enough warning to cars following behind. Ford and Honda have taken this technology a step further by integrating camera technology to better detect pedestrians and cyclists. Due to its reliance on cameras, however, pedestrian assistance is most effective during daylight hours and in clear driving conditions.

While travelling at highway speeds, lane keeping assist systems warn drivers when they are beyond the barriers of their lanes. Already available for many brands, this system uses sensors to detect the lines in the road, and sounds an alarm when the car is drifting to the side, which can be a particularly useful tool to combat distracted or drowsy driving.

While cruise control has traditionally allowed the driver to take their foot off the gas, those behind the wheel often have to keep one foot on the brake in case traffic ahead slows down. Adaptive cruise control, however, utilizes either lasers or radar to detect surrounding vehicles, automatically adjusting the car's speed to maintain a safe distance.

Also known as automatic parking and assisted parking, self-parking alleviates one of the most dreaded elements of urban driving. Using a series of sensors, radars and cameras installed on the front and rear bumpers of the vehicle, it detects obstacles, such as the curb and other cars around it. Once it has determined the size of the parking space and distance from the curb, the on-board computer takes control of the steering wheel and manoeuvres into any parallel parking space. Both Tesla and Nissan have taken this concept a step further by allowing drivers to remotely park their vehicles without the presence of a driver and, in January 2015, the National Traffic Safety Administration approved BMW's request to activate the technology in the 2016 7 series models sold in the United States.

Available from a variety of manufacturers, the auto hold feature lets drivers take their foot off the brake while keeping the car steady. Auto hold engages the emergency brake with the push of a button, even when the car is in drive, holding the car steady until the accelerator pedal is pressed.

The technological gulf between automobiles and mobile devices continues to shorten with the development of onboard display and mobile connectivity features. Nearly every auto maker has their own version, be it HondaLink, Toyota's Entune system, Ford's SYNC, BMW iDrive, Chrysler Uconnect, GM's Intellilink, Subaru Starlink or one of the many others. While some work better than others, each attempts to simplify in-car interfaces while adding smartphone-like features to the driving experience, including voice-commands, access to mobile applications optimized for onboard touchscreens, in-car entertainment and more. More than 100 automobile models also support Apple CarPlay, which allows the driver to make calls, get directions, send and receive text messages and listen to music through the car's built-in display.

One of the most nerve-wracking moments for a parent comes when handing the keys over to their teenager for the first time. Understanding this anxiety, a number of manufacturers – including Chevy, General Motors, Hyundai and Mercedes Benz – provide teen driving safety features. Ford's MyKey and Chevrolet's Teen Driver, for example, mute the radio until everyone is buckled up, plays a chime when the car reaches certain speeds and allows parents to block incoming calls and text messages while the car is in motion. It even allows parents to limit the maximum speed of the automobile. Other manufacturers also provide GPS tracking, a geo fence function that limits the car's range and curfew alerts for teen drivers.

Already available as a standard or add-on feature in many models, blind spot detection uses sensors on the sides of the car to notify a driver when another vehicle, cyclist or pedestrian is in his or her blind spot, typically with a flashing light on the side mirror.

Though self-driving cars are not yet legal in Canada, the days of passenger-controlled vehicles are numbered. Tesla's Summon feature, for example, lets drivers retrieve their car from the garage with a tap of their smartphone, like a driverless valet service, and Google's Self Driving Car Project has already prototyped autonomous vehicles without pedals or steering wheels.

Building on the gesture control features unveiled during the 2015 Consumer Electronics Show, BMW hit the showroom floor this year with Air Touch, presented in the i Vision Future Interaction concept car. Air Touch uses sensors to recognize hand gestures, giving both driver and passenger the ability to control the car's navigation, entertainment, and connectivity functions: no screen, buttons or physical interaction necessary. While BMW is credited with being first to market, expect other manufacturers to follow suit in the coming years. 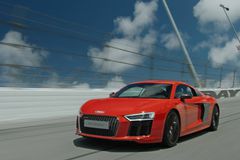 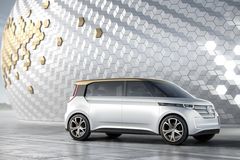 It's ‘Christmas in February’: Why car shows are so important
February 11, 2016 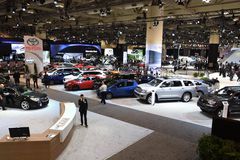