The new Audi Q2 SUV rolled out on stage under dozens of red searchlights dancing in sync to thumping bass orchestrated by some euro DJ who smiled gleefully behind his laptop, probably thinking about the massive cheque he was about to cash.

It felt more like an electronic dance music rave than press conference. If it was a game of millennial marketing Bingo, this bombastic light show would’ve hit every square. 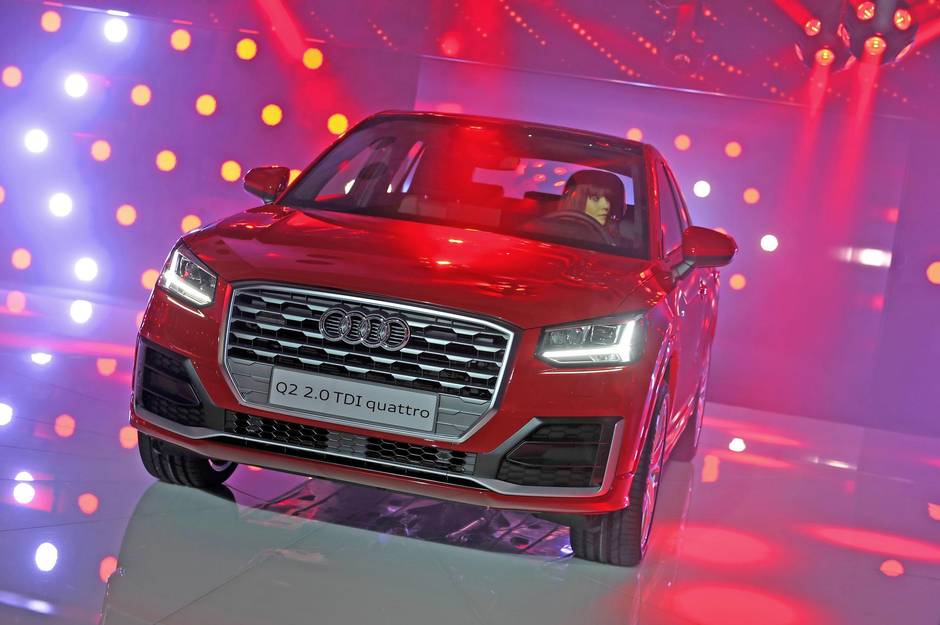 Various members of the board of management sat politely in the front row, not a single head bobbing among the black suits; they were definitely not rolling. But they’re not the target audience.

“Urban Hipster” was written large on a screen behind Audi’s all-new, sub-compact SUV, amid photos of breakdancers and skateboarders. They’re having kids now, and they’ll need something to move their young families. There was literally an iPhone on wheels in the accompanying video.

The Q2 is meant to be “the coolest digital device,” said Rupert Stadler, chairman of the board of management at Audi. It was specifically developed for young customers, and represents the next-generation of small SUVs: loaded with gadgets, screens and smartphone integration. But the changes coming to the SUV genre go deeper than just new high-tech features.

This year’s Geneva Motor Show provided the best look yet at what to expect from the next generation of SUVs, with at least nine new models debuting here. As the genre evolves, it seems unfair to keep calling all of these vehicles SUVs – at the Geneva show they came in different shapes and sizes, with three doors or five, as convertibles or hardtops, coupes, luxury barges, compacts, gas-guzzlers or plug-in hybrids – they’re all cars.

About the Q2, its designer Marc Lichte said that what makes this next-gen SUV different is the interior quality. “It’s got to be 100 per cent connected, of course, but the interior is very sporty on one hand, but premium in its design. Instead of wood trim, we have illuminated surfaces – this is a new interpretation of luxury details.” The rest of the cabin is minimalist, with flashes of brightly coloured trim, few buttons and a large central screen sitting on top of the dashboard.

It’s not yet confirmed for the Canadian market as Audi instead focuses on the just-launched Q3, but the smaller Q could compete against the Mercedes GLA and Mini Countryman. If SUV sales keep growing, it’s a safe bet the world’s second-largest auto conglomerate will bring the Q2 to Canada eventually.

The world’s largest auto maker also showed a new subcompact SUV in Geneva. The Toyota C-HR is a little four-door ’ute designed to slot into its lineup below the massively successful RAV4, to compete with the Mazda CX-3, Honda HR-V and Nissan Juke. 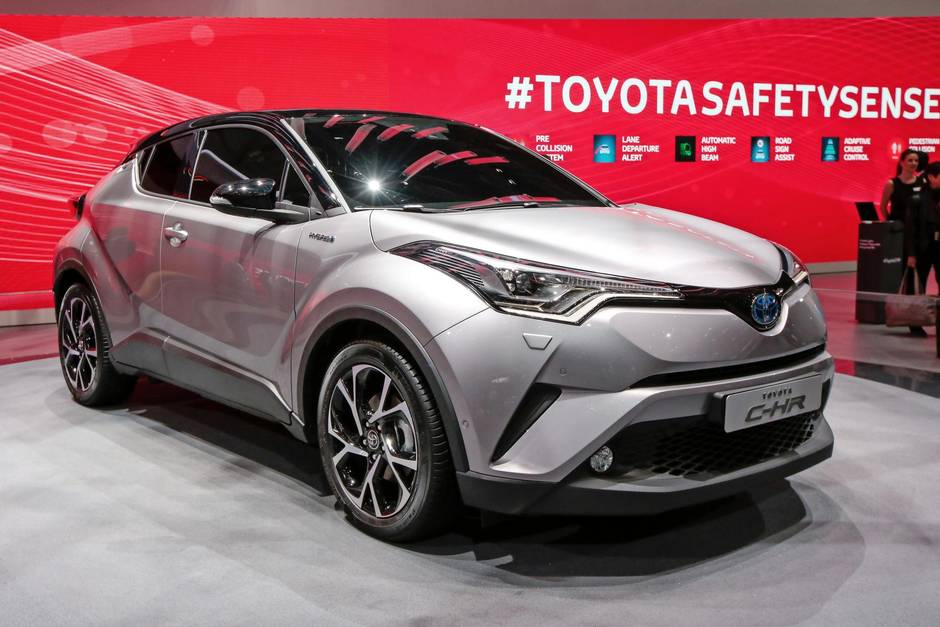 Like the Audi, the C-HR places a premium on styling. The wheel arches bulge out, giving the car a sporty stance – a trend in SUVs this year – and the two-tone paint makes the roof appear to blend into the windows, giving the car a cabin-on-body look seen in premium SUVs like the full-size Range Rover.

With the short-lived Scion sub-brand dead, Toyota needs new product to attract younger buyers, and the C-HR is it.

Globally, it will be available with a range of powertrains, including a 1.2-litre turbo, a 2.0-litre turbo and a hybrid engine Toyota says will produce 122 horsepower and less than 90 g/km of CO2.

Toyota said its goal was to make the C-HR handle like a compact hatchback. SUVs don’t necessarily feel like SUVs any more.

Subaru had a concept version of its next-generation XV, a hatchback jacked-up to look like an SUV. Subaru’s concept cars always look great, but they never translate as well into production. However, the XV, with its satin-chrome roof rails and front bumper, looks like business. It even managed to make a florescent-peach and baby-blue colour scheme look tough. 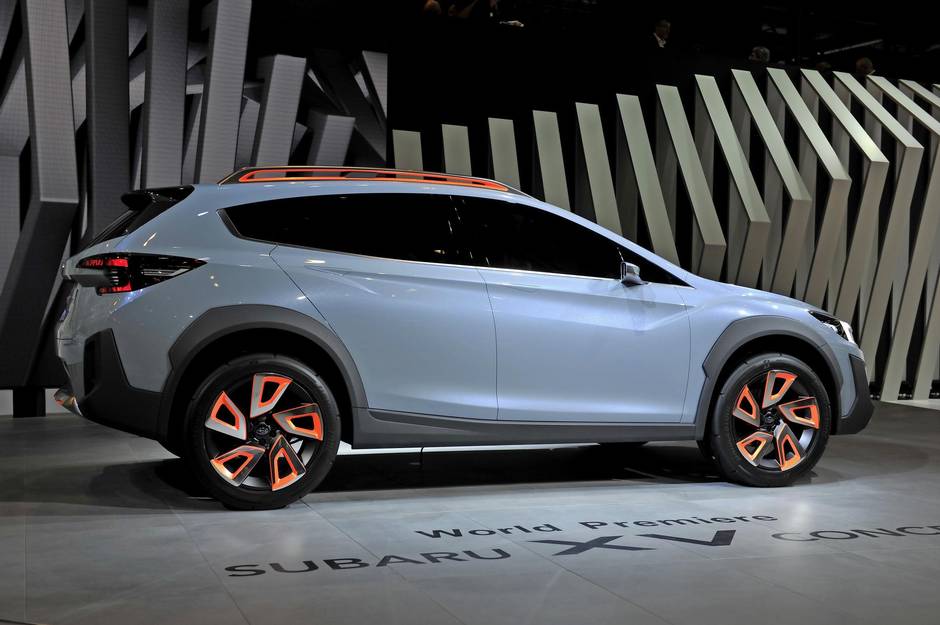 The Infiniti QX30 was one of the big Geneva debuts that will definitely be on sale in Canadian showrooms. The brand will have three versions of its littlest SUV. Ranging in height from lowest to tallest, they are the QX30S, QX30, and QX30 AWD. The S looks like a compact hatchback because it is one, but Infiniti is marketing it as a “sporty” lowered SUV because hatchbacks don’t sell nearly as well.

And with this, the SUV takeover of the car market is complete. In a couple years, you won’t be able to even buy a sedan, they’ll all be called shorty-SUVs or low ’utes.

The QX30 will arrive in Canada by mid-2016, powered by a 208-horsepower, four-cylinder turbocharged engine running through a dual-clutch automatic transmission.

Volkswagen made its SUV strategy clear: It’s going to make tons of them. “In future, Volkswagen aims to offer an exciting SUV in every relevant segment,” the company stated in a press release. Its unfortunately named T-Cross Breeze convertible SUV concept unveiled in Geneva would occupy the sub-compact arena. 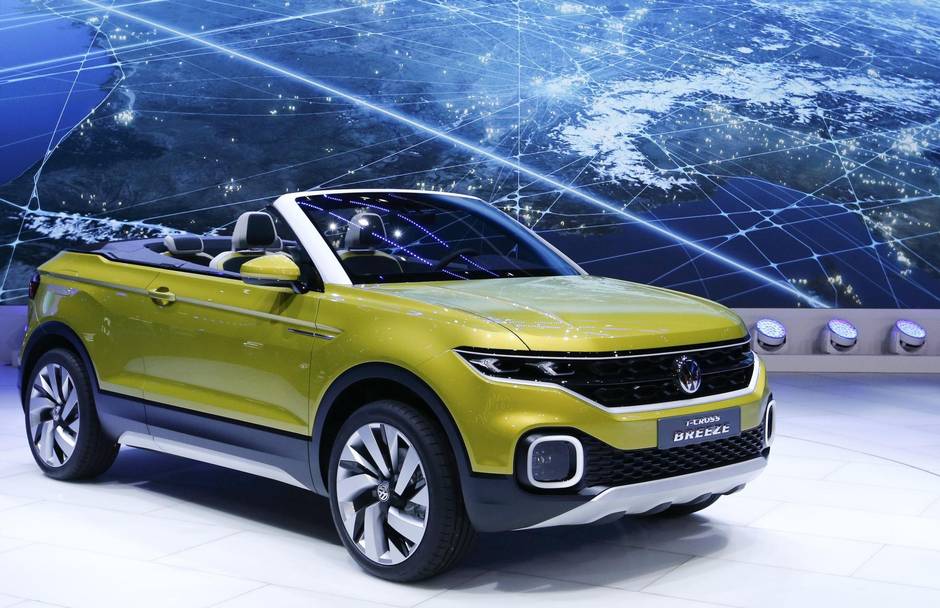 The next-generation Tiguan will be available in regular and long-wheelbase versions. The company will also build a new mid-size SUV in addition to the Touareg, and make a new Golf-sized compact SUV based on the T-Cross concept from last year’s Geneva show.

Last, but not least, Maserati unveiled the production-ready version of the Levante SUV. The company has been teasing buyers with concepts for years, but this is the version we’ll soon see in dealerships. It’s not a large SUV, with the fastback rear end making it appear even smaller than it actually is. Inside there’s space for four adults and a bit of luggage. Maserati brags the interior is finished with silk fabric from Ermenegildo Zegna, “made in Trivero by the Zegna wool mill.” 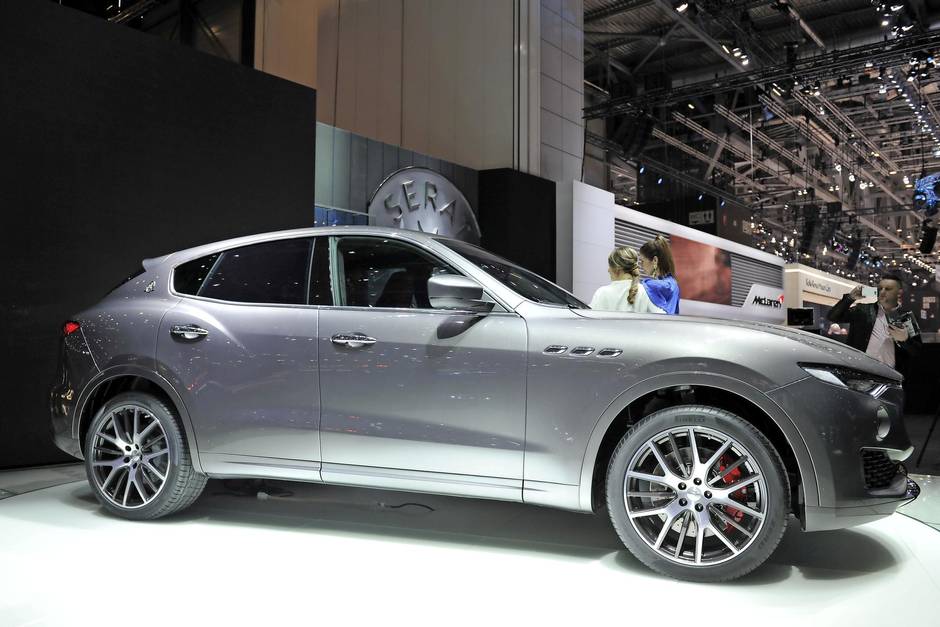 The diverse lineup of new SUVs at the Geneva show reflects the maturity of the genre; it’s gone full circle. In the 1980s an SUV was essentially a light truck with a covered bed. They were an alternative to hatchbacks and wagons. In 2016, SUVs have evolved to become hatchbacks and wagons with added ground-clearance. Most are based on car chassis. All-wheel drive is often an optional extra. And some don’t have much ground clearance. The SUV is a car, and the car is an SUV.

Matt Bubbers gives us a quick tour of the most luxurious cars and new supercars at the Geneva Motor Show. This gold and white paint job is available in a Bentley and Rolls Royce.