A Japanese e-commerce company has reached a deal to acquire Canadian e-reader and tablet maker Kobo Inc., in a $315-million (U.S.) deal that represents a huge vote of confidence in the technology company on the international stage.

The acquisition by Rakuten Inc., announced on Tuesday, provides a sizable windfall for Indigo Books & Music Inc. , and a vindication of chief executive officer Heather Reisman's decision to invest in e-reader technology, creating Kobo and then spinning it off into a separate company.

Indigo is Kobo's controlling shareholder with 51.4 per cent of its outstanding common shares as of July.

Indigo has been racing to adapt to the Internet age and consumers' fast-changing reading habits, investing in non-book and digital products in the past few years.

In its transformation, the largest bookseller in Canada found that Kobo became a drain as the digital business expanded and its costs grew. In the meantime, many book players, including U.S. giant Borders, have faltered in their efforts to keep up with shifting trends.

"We built Indigo from zero to $800-million," Ms. Reisman said in an interview. "Now we'll go through a period when the short-term is challenged on the [earnings]line, but we will move through this transformation and again come out the other end."

Tokyo-based Rakuten's agreement to acquire 100 per cent of Kobo's total issued and outstanding shares will equal a more than 300-per-cent return on Indigo's investment.

Second-quarter sales from the Kobo division jumped 219 per cent, even while same-store sales, an important measure of a retailer's health, fell 4.3 per cent at its superstores and 2.9 per cent at its smaller outlets. The latest loss includes a $25.4-million impairment charge, a non-cash item that is the result of the decrease in the company's share price and the drop in its profit due to the accelerated shift to digital from physical books. After the charge, the second-quarter loss was $9.7-million.

E-commerce company Rakuten has about 50 million customers worldwide through online platforms such as Buy.com in the U.S., and other commerce websites such as Lekutian in China, Rakuten Ichiba in Japan, and other sites in Brazil, Taiwan, Germany, Indonesia and elsewhere, allowing Kobo to expand its online sales network. The company will also continue to do business through retailing partners such as Best Buy and Wal Mart, as well as bookseller W.H. Smith in the U.K. and Indigo in Canada.

"Our objective here is to bring e-reading to more people in more places ... that starts with expanding internationally," Kobo chief executive officer Michael Serbinis said on a conference call Tuesday. Kobo has a roughly 50-per-cent share of the e-reader market in Canada, he said.

In the U.S., where Kobo faces its toughest battle to compete with e-reading giant Amazon.com and its popular Kindle device, the company's share is in the "high single to low double digits," he added. Kobo has also expanded recently in the U.K. and Germany, and is preparing a launch of its device in France.

"We like Kobo because it's innovative and it's global. We think the synergy between Rakuten and Kobo is enormous," Rakuten chief executive officer Hiroshi Mikitani said on the call.

Kobo recently branched out from the e-reader market with the launch of its new tablet, the Vox; a touch-screen, colour device that runs on Google Inc. 's Android operating system. In addition to reading books and magazines, Vox users can watch videos, listen to music and play games. It also offers an option for consumers eager to tap into the growing market for cheap tablets, with a much lower price tag – $200 – than Apple Inc. 's iPad. Kobo followed its competitor Amazon.com Inc. in this strategy: its Kindle Fire tablet was released in late September, also on Android, with a $200 price tag.

Kobo will maintain its headquarters in Toronto. Its management team, including Mr. Serbinis, and Canadian employees will remain with the business.

The deal is expected to close in early 2012, subject to regulatory and other approvals. 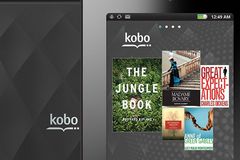 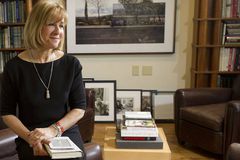 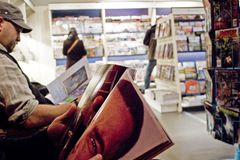 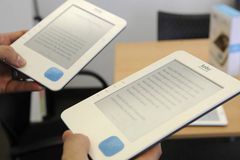 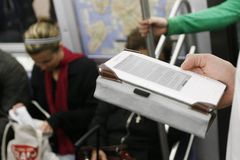 Kobo is keeping Canada in the vanguard of the e-book revolution - for now
December 7, 2010 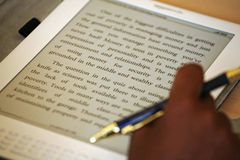