A Michigan land owner who alleges he was jilted by two of North America's largest energy companies says e-mails made public Monday by Reuters prove that the two companies colluded to kill deals that could have earned him more than $54-million.

Walter Zaremba, who is locked in litigation with Encana Corp., Canada's largest natural gas producer, said he has long suspected that Encana and Chesapeake Energy Corp. had been working together, which would be a possible violation of state and federal antitrust laws.

Encana and Chesapeake, the second-largest natural gas producer in the United States, withdrew offers for Mr. Zaremba's land in quick succession in 2010. That came after they had engaged in a bidding war for his property in the weeks prior, according to the documents reviewed by Reuters.

E-mails and other documents show that executives of the two companies discussed detailed plans for preventing Mr. Zaremba from getting the price he wanted for about 20,000 acres of land where both sought to drill for gas and oil.

"If they refrained from bidding that's problematic," said Harry First, a former lawyer for New York's Attorney-General and at the Department of Justice. "If the two major buyers are saying 'Let's agree that one of us stays out of the bidding and we'll split this up later,' then the benefit doesn't go to the sellers."

Another legal analyst questioned Mr. Zaremba's contention that talks between Encana and Chesapeake cost him millions. Logan Robinson, a law professor at University of Detroit Mercy, said Mr. Zaremba's claim that he lost out because both companies withdrew their offers could be "iffy" because nothing prevented Mr. Zaremba from seeking a different buyer for his leases.

On Monday, Reuters disclosed e-mails that showed a broader strategy by Encana and Chesapeake – two of North America's largest energy companies and fierce rivals – to suppress land prices in Michigan, a region with what was once considered to have one of the most promising shale plays in the United States, the Collingwood formation.

The internal e-mails show that embattled Chesapeake Energy chief executive officer Aubrey McClendon was at the forefront of the discussions – talks that former Department of Justice lawyers say could violate federal and state antitrust laws. The e-mails, which span from June through October, 2010, also show that Chesapeake and Encana's U.S. subsidiary, Encana USA, discussed how to divide bidding responsibilities in Michigan ahead of a state land auction.

Such a strategy would have cost the state millions of dollars by stanching competitive bidding between two of the largest land lessor here.

One internal Chesapeake document indicated that Mr. McClendon backed away from a joint-bidding strategy just before an October, 2010, auction. Still, a Reuters analysis of the auction found that neither company acquired land in the same counties as the other. In most cases, neither company faced any competition for the land it subsequently leased.

But in a letter sent to Mr. Zaremba in August, 2010, and reviewed by Reuters, Encana's legal counsel wrote: "Encana was not co-operating with Chesapeake, or any other entity, in any manner in connection with the negotiations with the Zaremba entities."

"Maybe they talked about cooperating," Mr. Robinson said of Encana and Chesapeake, "but didn't do it." Even so, he called the e-mail exchanges between the two companies "a general counsel's nightmare."

Mr. Zaremba, 76, is a land owner whose business interests range from farming to land speculation. He sells harvesters and earth-moving equipment at his dealership near Gaylord, and he owns a large farm where he raises cattle, corn, oats and other cash crops.

Since the early 1990s, when a wildcat well drilled on his farm became a gas-gusher, Mr. Zaremba has acquired mineral leases nearby. Michigan has a long history of low-intensity shale gas drilling down to depths of 2,000 feet, but Mr. Zaremba has held a prospector's hunch that shale at much greater depths could hold large, extractable oil and gas reserves.

Over the years, Mr. Zaremba retained the "deep" mineral leases to some 20,000 acres of land, even as he sold their shallow drilling rights. The rights – with no depth limits on drilling – are concentrated in Antrim and Charlevoix counties, where Chesapeake and Encana were buying in 2010.

Chesapeake was so impressed by Mr. Zaremba's holdings that it labeled his leases "A+," and, at one point in June, the company budgeted to spend thousands per acre to buy them.

After years of accumulating acreage, Mr. Zaremba believed he was finally on the verge of a major payday. He hoped for an upfront cash bonus worth more than $50-million, and to share a portion of royalties from future oil and gas production with the farmers – many of them his neighbours – whose lands might be drilled.

Initially, it looked like he might get the price that he sought. In early June, Encana and Chesapeake were bidding against the other aggressively for Mr. Zaremba's land.

But the strategy may have shifted on June 16, 2010. That's when Chesapeake CEO Mr. McClendon suggested to his deputy, Doug Jacobson, that there was an alternative to the escalating bids between Chesapeake and Encana for the Zaremba land.

"Doug: tine (sic) to smoke a peace pipe with ECA on this one if we are bidding each other up," Mr. McClendon wrote in an e-mail regarding the Zaremba land. ECA is the stock abbreviation for Encana.

Mr. Jacobson replied, "Agree we need to work something out with ECA."

Mr. Jacobson said he had already e-mailed an Encana vice-president, John Schopp "to discuss how they want to handle the entities we are both working to avoid us bidding each other up in the interim. I'll update as soon as I can pin him down."

During the next nine days, internal Chesapeake documents refer to Mr. Zaremba's property. One June 24 report summarizing Chesapeake's land deals in Michigan said Mr. Jacobson's unit was "to confirm either Encana not bidding on it or that we are not supposed to."

The next day, June 25, the same document notes that the two companies were still working on a plan "so we don't continue to push price up."

In late June, with similar offers from both companies, Mr. Zaremba signed a "non-binding" letter of intent to lease his acreage to Encana for more than $54-million. Encana wired Mr. Zaremba $2-million in so-called earnest money to secure the deal.

Two weeks later, however, that deal inexplicably fell apart, Mr. Zaremba said. On July 15, 2010 Encana told Mr. Zaremba it had failed to obtain a go-ahead from its Calgary-based board of directors. Mr. Zaremba said Encana had told him such approval would be a formality.

Then, Mr. Zaremba said, an Encana land broker told him something that struck him as odd: Mr. Zaremba, the broker said, should see whether Chesapeake's offer was still on the table. Mr. Zaremba said he did just that. When the Mr. Zarembas contacted Chesapeake a day later, he said, the company told him it was "withdrawing" its offer to buy his leases.

Mr. Zaremba said he suspects that Encana and Chesapeake agreed to leave him in limbo to push prices lower before leasing more land at much lower prices. He said that whenever his representatives talked to agents handling deals for Encana or Chesapeake, the agents seemed to have direct knowledge of Mr. Zaremba's dealings with the other company.

On July 21, 2010, Mr. Zaremba's lawyers in Michigan sent Encana a letter: "We suspect that it was not a coincidence that once your termination letter of July 15 was delivered to the Zarembas, your main competitor's binding agreement (to purchase Zaremba's mineral leases) also was withdrawn," it said of Chesapeake.

Encana's formal response came in a letter to Mr. Zaremba and his lawyers on Aug. 3, 2010. In it, Encana's counsel, Erika Enger, wrote that "your letter seems to insinuate that Encana and its "main competitor" were somehow in collusion Encana was not cooperating with Chesapeake, or any other entity, in any manner in connection with the negotiations with the Zaremba entities."

Today, Mr. Zaremba is seeking at least $60-million in damages from Encana, and accuses the company of fraud and conspiracy. In a lawsuit filed in federal court in Michigan this month, Mr. Zaremba alleges that "in order to avoid a continued bidding war with Chesapeake, Encana attempted to lock in the Zarembas (and other landowners), then cancel the deals, divide up the market with its competitors (including Chesapeake), so that it could make later offers to the Zarembas (and other landowners) for mere pennies on the dollar."

Encana is suing the Zaremba family to return most of the $2-million the company gave them in "earnest money" pursuant to the land deal that was later cancelled. In its lawsuit, the company said that the letter of intent it signed with Mr. Zaremba stated that "neither party shall have any liability" if it failed to consummate the land transaction for any reason. 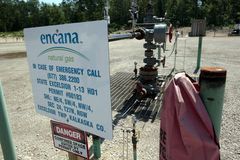 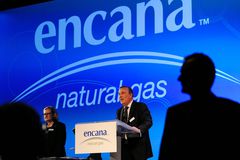 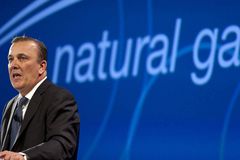 Analysis
Encana's pitch is about more than natural gas
February 8, 2012 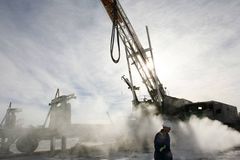 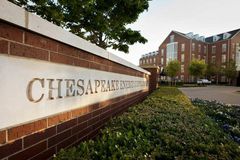