Imperial Oil Ltd. has joined the list of energy companies exploring whether liquefied natural gas will help make their landlocked gas fields in Alberta and British Columbia more profitable as the commodity trades around its lowest point in a decade.

While some of Imperial's competitors have secured export permits, Bruce March, Imperial's chief executive officer, said his company has only taken baby steps when it comes to LNG. He also outlined a number of difficulties with developing LNG in Canada, noting proposed projects to ferry gas out of the western provinces cannot be compared with successful facilities elsewhere in the world.

Proponents of Canadian LNG projects argue export facilities on the West Coast will allow energy companies to sell their gas at a higher price than they currently receive in the North American market. LNG would be shipped to Asia, where prices are notably higher, and by moving gas offshore, the market would tighten in North America, again helping to boost prices.

LNG projects are especially valuable for companies controlling land in B.C.'s Horn River, because gas produced from this formation comes without more valuable byproducts such as propane and butane. These so-called liquids are helping buoy natural gas companies producing in plays such as the Montney, but even fields containing liquids would benefit from access to Asian markets. Imperial, when combined with parent Exxon Mobil Corp., has dibs on 340,000 hectares in the Horn River. However, Imperial is not a player in the Montney.

"We are in the early stages of looking at LNG development in Western Canada," Mr. March told reporters after the company's annual meeting in Calgary Wednesday. "Long term, it is a good proposition."

But that doesn't mean it is a slam dunk. Gas exported off the West Coast is expected to come from shale gas fields such as the Horn River and the Montney. These are unconventional zones, and complex – and expensive – drilling and extraction techniques must be used.

"This is a much different development with shale gas as your gas source than any of the LNG developments that have been built in the world to date," Mr. March said. The amount of commitment and the amount of spending you need to get started and support this for a 40-year life is significant."

The executive compared the prospect of Canadian LNG exports to Australia's existing industry. In Australia, conventional wells are drilled and then produce for long periods, he said. But in order to produce LNG out of Western Canada's shale formations, producers would need "sustained drilling activities that would practically never stop for the life of the development."

Ports in Kitimat and Prince Rupert are expected to host any future LNG facilities, and energy companies have formed consortiums in their bid to build the projects. Six proposals are public, two of those have export licences, and a number of others have plans in the works.

David Ramsay, the Northwest Territories' minister of industry, tourism and development, on Tuesday told Reuters that while his government still prefers to build a natural gas pipeline in the North, it could get behind an LNG project to spur development. Imperial, the key player in the stalled Mackenzie project, stayed neutral on that possibility.

"Mackenzie could play in a world scale LNG development, but it is too early for us to comment on that today because we're still in the early stages of looking," Mr. March said. 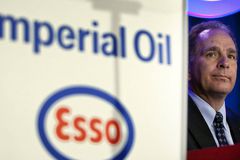 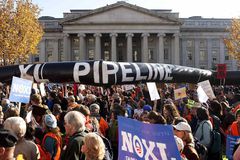 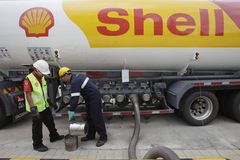 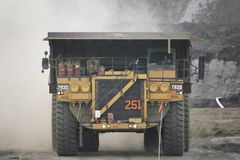