What goes up must come down – it's not just Isaac Newton's observation about gravity. It's a basic tenet of investing. And after seven-plus years of a bull market, investors might be thinking it's time to play a little defence.

"Markets generally have a cyclical correction every few years, and we haven't had that in a long time," says Youssef Zohny, portfolio manager and director of wealth management at StennerZohny Investment Partners, of Richardson GMP, in Vancouver. "We're certainly overdue."

Investors have plenty of ways to protect themselves against the downside, each with their own rewards and risks. Here are five ideas to consider.

The best defence is an offence

Consumer staples, health care and utilities are traditionally defensive sectors, but "these areas have had elevated valuations, really, since the global financial crisis because people have been more risk-averse," says Mr. Hintz, the Seattle-based manager of Russell Investments Focused U.S. Equity Pool.

Still, investors willing to do research can find bargains, such as overlooked companies whose low stock prices do not match their intrinsic value, says Mr. Vallée, the Toronto-based portfolio manager of the Focused Canadian Equity Pool.

One bargain bin right now is the energy sector, where large producers with good business models have depressed share prices.

Outside the energy sector, Dollarama Inc. has performed well during the bull market and should continue to do so even in a downturn, because it sells low-cost consumer goods.

Bonds were once the go-to protection against falling equities markets, and they can still offer shelter, Mr. Zohny says. But after the financial crisis of 2008, rock-bottom interest rates and a flight to safety have pushed down yields. Most short-duration bonds barely keep up with inflation.

Instead, Mr. Zohny suggests investors protect their portfolio equally well with less risk by keeping cash on the sidelines, perhaps in liquid money-market funds. That way when markets do fall they have funds to buy good stocks at lower prices.

Investors also should consider paying down their mortgages or lines of credit. This produces a savings on interest that can outpace returns on fixed-income investment vehicles. This "deleveraging" also reduces risk in one's overall financial situation, says Seth Daniels, managing partner at JKD Capital LLC in Boston.

"Canadians have the highest debt load in the G7, and the single biggest killer in a downturn is debt," he says. "Therefore the No. 1 priority if you are worried about a downturn is to get debt under control."

Another way more experienced investors can protect themselves is through short selling. This is the sale of a security, such as a stock or exchange-traded fund, that is not owned by the seller, or has been borrowed. The seller believes the security's price will decline, and then he or she will be able to buy it back later at a lower price to make a profit.

Shorting is best left to the experts, says Mr. Daniels.

Short-selling is also potentially costly, because the investor is on the hook to pay the difference in price for the shorted security if it increases instead of decreases in value.

Put options can protect a portfolio against a downturn, and they are less risky than short selling.

For a small fee, investors can buy the right, but not the obligation, to sell a stock at an agreed upon price. Obviously the put comes in handy if the security's market value falls below the agreed upon price.

Unlike short selling, your risk is known and limited. If the security does not fall below the strike price over the term of the option, your loss is the amount of the fee only. But Mr. Daniels says maintaining an option hedging strategy over a long period can prove "expensive, complicated, and time-consuming to manage."

If short selling and put options sound too difficult, investors can use mutual funds, exchange-traded funds and hedge funds to do the heavy lifting. Among them are equity funds with defensive strategies, such as those offered by Russell Investments that use put options.

Higher-net-worth individuals can invest in hedge funds that often employ shorting strategies to benefit from falling markets, says Mr. Zohny. "You can also do that through ETFs that are inversely correlated to broad-based markets," he says.

Among them are ETFs that track the Chicago Board Options Exchange Volatility Index, or VIX, which tends to surge in value during stock market selloffs. But Mr. Daniels says VIX ETFs have inherent structural flaws that work against investors.

Solid stocks and ETFs for your retirement portfolio
November 10, 2016
Want to buy Amazon and eBay? Do your stock shopping carefully
November 2, 2016
When to push the sell button on a stock
October 19, 2016
Parents of disabled children face daunting financial preparation
October 13, 2016
Spousal disharmony can leave cracks in a nest egg
October 6, 2016
Dividend stocks are a future banquet for the yield-hungry
September 21, 2016 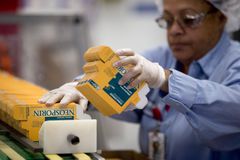 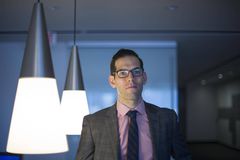