Most people recognize that the risks associated with climate change are hazardous to life on Earth. But a warming planet is likely dangerous to investment portfolios, too. Institutional money managers are coming to realize it, and retail investors should pay heed as well, experts say.

"The genie is out of the bottle and it's something investors now have to consider," says Wayne Wachell, the chief investment officer with Vancouver-based Genus Capital Management, a Canadian leader in developing socially responsible and environmentally friendly portfolios for individuals and institutional investors, including the David Suzuki Foundation.

In fact, the fastest growing part of its business is climate-friendly investment strategies.

"Our whole approach to investing has evolved from taking out companies involved in the oil sands to finally taking out all the companies that have exposure that produce, transport and refine fossil fuels," Mr. Wachell says.

The end result is Genus has created climate-friendly funds that focus on technology, financial and consumer discretionary companies.

Mr. Wachell's firm isn't alone. According to a recent report by the Britain-based Asset Owners Disclosure Project, 15 of 27 major asset managers in Canada indicated they provide disclosure to clients about climate change risk.

Even so, Canadian firms are behind the curve, ranking 11th behind even China, the United States and Brazil.

Retail investors are best advised to limit that exposure. "This is a major paradigm shift," says Ms. Dolan, who specializes in socially responsible investment.

Especially in Calgary, retail investors are second-guessing investment strategies that focused on what they knew best: oil and gas.

"For Alberta investors in particular, there tends to be a lot of exposure to oil through the economy and the price of real estate," she says. In addition, "a lot of people's careers are in oil and gas."

She does not recommend divesting altogether, however. Clients can invest in best-in-class oil and gas producers from a climate change perspective – those with focused, sustainable strategies that will help it adjust to pending carbon emission regulation.

Some blue chip companies in the sector are already building substantial renewable-energy assets, she says.

For example, Enbridge Inc. is the second largest renewable producer in Canada, she says. "They're a conventional energy business that is very forward-looking in growing that exposure." Suncor Energy Inc. also is focused on renewables. "It has been involved in renewable energy since the mid-90s."

A recent report by the global consulting firm Mercer found that in this scenario, the likely winners will be companies investing in innovative technology that will help wean economies off fossil fuels, or firms in other sectors that are ahead of the curve in implementing climate friendly measures.

Reducing their carbon footprint will be increasingly important as developed nations, Canada among them, consider pricing carbon and other measures to reduce emissions to meet targets set out in last year's Paris Agreement.

Obviously oil and gas firms are most at risk from regulation. While the need for carbon-based energy will not go away anytime soon, their medium and long-term futures are dimmer than thought just a few years ago.

"We expect to see more carbon taxes globally set into play, and technology that will advance the transition more rapidly than most anticipate," Mr. Wachell says.

Investors concerned about climate change are also considering the possibility of "stranded assets" in the coal, oil and gas industries, especially after Bank of England Governor Mark Carney raised the issue last year while speaking to Britain's financial industry.

Even the world's largest oil producers are concerned that their reserves will be left in the ground for good. "Climate change and stranded asset concerns are having a behavioural change on the big sovereign holders of fossil fuels, like the Saudis," Mr. Wachell says.

Saudi Arabia has 75 years of oil reserves, he adds. "If three-quarters of those are going to be stranded, that's going to really crimp their future wealth."

He says the Saudis are divesting too; they recently sold 5 per cent of Saudi Aramco, their state-owned energy giant.

Retail investors in Canada should consider doing the same, not just because it's good for the planet, but also their bottom line, Ms. Dolan says.

"You don't want to invest in the dinosaurs that have not adapted to the new environment," she says. "If they're still trying to do business the old way, they're not going to be very successful." And neither will you. 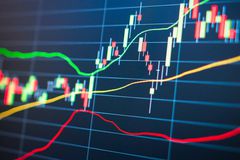 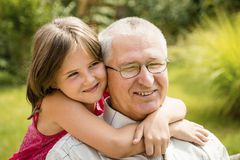 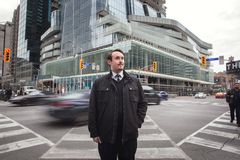 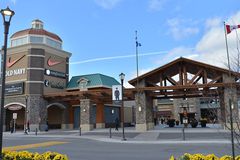 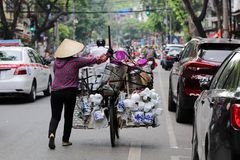 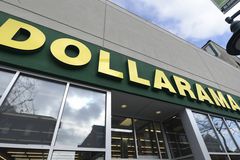