Earlier this year, when Douglas Wayne Schneider was handed a one-year sentence for his part in a massive mortgage investment fraud in Alberta, few of his victims felt vindicated. Not only was the scheme's mastermind, Kenneth Charles Fowler, still on the loose – he still is, reportedly having fled beyond Canada's reach to Costa Rica or Belize – but only a small fraction of the $12.5-million lost was ever returned.

Some of the victims lost their life's savings.

The TIE Mortgage case is only one recent example of high-profile investment fraud. Many of these schemes target those with the most to lose: people, particularly older people, who have spent years building their retirement nest eggs only to be bamboozled out of their bank accounts.

Older investors, particularly the retired ones, "have time on their hands and are looking for something to pump up their wealth. Scam artists know this," says Tom Feigs, a fee-only financial planner and money coach with Money Coaches Canada in Calgary.

While the types of scams don't change much from year to year – Ponzi or pyramid schemes, pump-and-dump stock fraud, offshore investing scams and real estate cons – scam artists are finding new ways to draw the unsuspecting in.

"It's easier for swindlers to perpetrate fraud these days," says Neil Gross, executive director of the Canadian Foundation for Advancement of Investor Rights, or FAIR Canada, in Toronto.

Not only are scammers starting to use messaging apps – sending stock spam right to potential victims' phones – but Mr. Gross fears that the recent popularity of online crowdfunding platforms will result in many new victims.

Until recently, North American securities regulators told the public to be wary of investment opportunities offered over the Internet. But times have changed. Now some provinces and jurisdictions in the United States have modified their tune, saying that some forms of online crowdfunding are approved.

Mr. Gross says this "garbled message" does not warn investors that crowdfunding is "extremely high risk and potentially very dangerous. Securities regulators are unlikely to be able to police this effectively. We have the makings for a perfect storm of fraud," he says.

Here are a few popular scams to watch for.

It seems simple enough. Visit a website like goptions.com or optionweb.com, sites that offer binary trading options that offer either a payout or nothing at all. Then "invest" in nearly anything that's publicly traded. Say it's 2:30 p.m. and you think your stock's price will rise in five minutes. If your hunch is correct, you win big. Or not. In reality, like gambling in a casino, the odds are in the house's favour. Here's something else:

"Although they may list a Canadian contact, a street address or telephone number, many of these trading platforms are based overseas," says Heidi Schedler, senior enforcement counsel for the Nova Scotia Securities Commission in Halifax. "They're not registered to conduct business in Canada."

For a low, low price

So-called pump-and-dump schemes work because they make victims think they are receiving a once-in-a-lifetime deal. Fraudsters will contact you in person, or by phone, e-mail or even text, and tell you about an amazing deal on a low priced stock.

What they don't say is that they own a significant haul of what is usually a worthless penny stock. Once enough people invest, the price goes up. The scammers quickly sell and the stock value plummets.

Ms. Schedler says pump-and-dump schemes have become more sophisticated. Scam artists find out what's in the news and use that information to their advantage. For example, when oil prices are lagging, a scammer might say, "You've heard about the low price of oil. Now is the time to buy."

"They use what is very current and available in the media right now, and try to hook people in," she says.

Get your money, now!

Do you have retirement money socked away in a Locked-in Retirement Account (LIRA)? Beware of ads that tell you you're entitled to a special "RRSP loan" and can get the money out early, tax free – for a price. You can't.

But this time it's different

One of the more heinous deceptions Mr. Gross has seen involves perpetrators who go back to former victims and scam them again. Say you were conned with a pump-and-dump scam and lost money. Feel stupid, right? Unfortunately, some con artists will reach out a few years later posing as a financial institution or regulators saying they can retrieve those original lost funds. As long as you advance some money first.

"It's vicious. That victimizes people all over again," says Mr. Gross.

If you believe you are a victim of fraud, call the local police, then contact your district's securities commission to pass along the information. This may help others from becoming duped as well. In some cases, the independent Ombudsman for Banking Services and Investments may be able to negotiate with a legitimate investment firm if one of its employees defrauded clients.

Even so, it's important to be realistic. "In most cases of fraud, the money is gone," says Mr. Gross.

The best way to avoid becoming victimized by fraud is to learn how investment scammers operate. Here's what to look out for, from the Financial Consumer Agency of Canada: 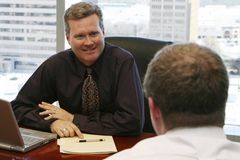 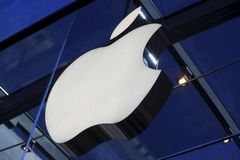 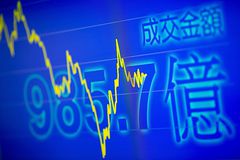 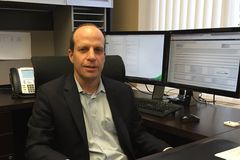 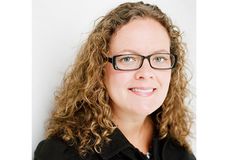 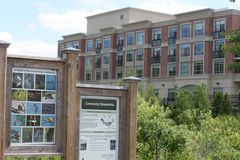