Shubham Datta, a 25-year-old venture capital consultant in Toronto, once dabbled in technology stocks. But now he favours low-fee exchange-traded funds (ETFs), and after signing up with a robo-adviser last fall, he invests periodically in a portfolio of ETFs managed for him.

It's "so simple" to invest in ETFs through an online service, says Mr. Datta, who earned a math degree from the University of Waterloo. "It's a good way to put money aside, and I don't have to think about it."

Mr. Datta is among a growing number of millennial investors who are embracing these funds, which trade like stocks and typically track an index. While evidence of the trend is more anecdotal in Canada, some surveys in the United States indicate that ETFs are gaining traction with this cohort, whose members were born in the early 1980s to about 2000.

Social media networks Facebook and Twitter led Mr. Datta to Wealthsimple. It's one of the online "financial advisers" that have popped up in Canada offering ETF portfolio management at lower fees.

After setting up his account online and filling out a questionnaire to determine his risk profile, he transferred $5,000 initially from his bank account to invest in a portfolio of eight ETFs. His holdings, which are about 70 per cent in equities, include the Vanguard Total Stock Market ETF, which invests in the U.S. market, and Purpose Duration Hedged Real Estate ETF.

"I don't know much about real estate, but in an ETF I can get exposure to that [sector] without having to do the research," said Mr. Datta, whose ETF portfolio represents most of his investment assets.

U.S. data shows that younger investors are indeed jumping on the ETF bandwagon. A survey last year by brokerage Charles Schwab Corp. indicated that ETFs made up 41 per cent of millennial investors' portfolios, compared with 17 per cent among baby boomers. Another survey released last fall by Cogent Reports, part of the U.S.-based research group Market Strategies International, shows a similar trend among affluent U.S. investors with more than $100,000 in investable assets.

Millennial investors are drawn to ETFs partly because they are fee-conscious, said Market Strategies senior director Julia Johnston-Ketterer. Many came of age during the decade leading up to the 2008 financial crisis and recession, she said. "It can't help but influence the mindset of millennials."

"Eighty per cent of our clients are under 40," said Michael Katchen, the 28-year-old founder and chief executive officer of Toronto-based Wealthsimple. "They know they should be investing but don't have the time or interest to do it by themselves, and may not have the level of assets to hire a traditional adviser."

Unlike older baby boomers, tech-savvy millennials easily gravitate to online investing, said Mr. Katchen. "Our clients log in a ton to [our website] to see the content we are providing.

"Text messaging is one of the most popular ways that we communicate with clients," he added.

Navid Boostani, the 33-year-old co-founder and CEO of ModernAdvisor, based in Vancouver, said the plethora of ETFs can be overwhelming for younger investors but robo-advisers can take away that burden and "make it easier to get started."

His firm offers investors a three-month trial run in which they get to use $1,000 in real money supplied by ModernAdvisor. Investors can lock in their gains – if they have any – when they open an account by the time the period expires and replace the $1,000 with their own money.

ModernAdvisor also offers socially responsible ETF portfolios, because many millennial investors tend to be concerned about the social impact of their investments, Mr. Boostani said.

Wealthsimple recently made it even easier to bet on ETFs. It no longer requires an investment minimum, and now allows fractional units of an ETF to be purchased. "We can build just as sophisticated a portfolio [of eight to 10 ETFs] with $100 as we can with $1-million," said Wealthsimple's Mr. Katchen.

Navigating the burgeoning ETF supermarket can be difficult. We asked two analysts to name funds that could be suitable for millennial investors. 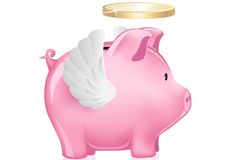 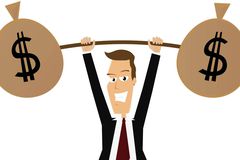 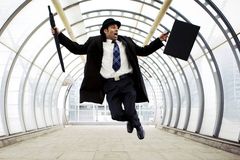 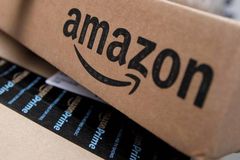 Investors not quite ready to bet on low-loonie-loving manufacturers
February 11, 2016 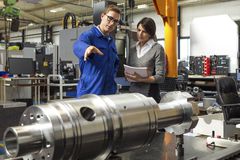 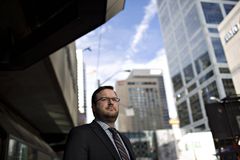