Joanne Campbell is retired, but she's not ready to stop working.

After a 39-year career in sales, marketing and customer service for two major corporations, Ms. Campbell retired at 63. Before long, she found herself itching to go back to work. Plus, she wanted to make some extra income.

"I was a single parent, divorced for 26 years, so I didn't get to save a lot of money," says the Toronto resident, now 66. "I have my pensions, but I like to supplement [my income] so I can travel."

Now, she she teaches online sales and marketing courses for 15 to 20 hours a week for Ottawa-based Algonquin College. Ms. Campbell says she enjoys the work, and because her instruction is done online, she is able to live in Toronto near her grandchildren. She even worked while visiting her friends' winter homes in South Carolina and Florida.

"Every day they would get up and go golfing while I would do my work [online], and I would have time later on to go biking and cook."

Part-time work is increasingly becoming a significant part of Canadians' retirement plans. According to a Bank of Montreal survey released earlier this year, 59 per cent of respondents said they would likely take a part-time job in retirement to supplement their income.

As well, the number of older workers in the Canadian work force has surged in recent years. According to the Canadian Chamber of Commerce, 37 per cent of people older than 55 participated in the labour force in 2013, up from 24 per cent in 2000.

Part-time work is a big issue with members of the Canadian Association of Retired Persons (CARP), says Susan Eng, the group's vice-president for advocacy.

"The good news is that people are living healthier, longer lives and they want to carry on working because they enjoy it and want to contribute," Ms. Eng said. "The bad news is that people can't afford to retire. They have to keep working. It's because of the devastation of the markets a few years ago, it's about people not saving enough for retirement, and their kids are not getting jobs, so they are having to help them out, too."

Edmonton-based financial educator Jim Yih, who runs the popular Retire Happy blog (retirehappy.ca), says that part-time work is becoming a much bigger piece of the "retirement jigsaw puzzle" than ever before.

When considering how to fill the "retirement gap" – the difference between what your pension, Canada Pension Plan (CPP) and Old Age Security (OAS) are going to pay you and what you need to live on – Mr. Yih says you have two options.

"One, you can fill in the gap with savings. The financial industry will say, 'Save more money, change your investments, earn higher returns,' The problem with that is the closer you are to retirement, the less time you have to take advantage of compounding [interest]," he says.

"The better, more feasible method is to cut out the gap," Mr. Yih says. By working part-time, you can continue to live on money you earn instead of dipping into your savings.

Gordon Stockman, principal financial adviser at Efficient Wealth Management in Toronto, points out that working part-time can have a "double effect" on your finances.

Most retirees who work do what is called "double-dipping," Mr. Yih says – drawing from their CPP and OAS payments while also taking a part-time salary. But can working part-time after retirement negatively affect your pension or taxes?

"One of the misconceptions is that if you work, you'll pay more tax than if you don't work," Mr. Yih says. "It doesn't work that way.

"I always tell people, the tax system never penalized you from making more. You would never turn down a raise, a bonus, overtime. So therefore, you never turn down extra income. You may pay more tax, but you'll always still put more money in your pocket as a result of making more."

One way to control OAS clawback and higher taxes with part-time work is to incorporate, Mr. Stockman said, in order to control the flow of income.

"If you've got $50,000 of pension income and you're going to make $50,000 of income on a contract, if you took that all in income you'd be paying a high rate of tax, even higher because of your clawback," he says. "But if you are self-employed and put it in a corporation, and only took $10,000 from the corporation for the next five years, you would get no clawback and you would stay at a lower tax rate."

As for Ms. Campbell, she's enjoying her new career so much that she is looking for more work, hoping to pick up another class at a Toronto-area college. She says working boosts her confidence, as well as her pocketbook.

"It's your self-esteem," she says. "To show you're still capable of accomplishing all these tasks.

"It's a feeling of self-confidence, that I am worth something." 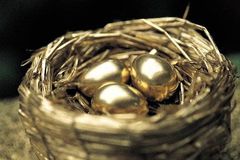 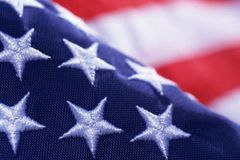 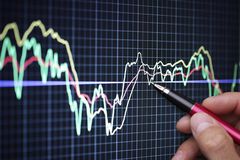 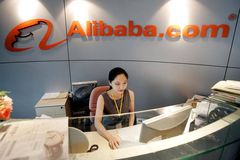