It’s all too easy make a mistake in the investing world, from getting caught in a market bubble to refusing to sell a dog of a stock.

These top investment advisers and portfolio managers shared some of their greatest investment blunders – and how they came away smarter and stronger. Take their advice to avoid making the same slip-ups. 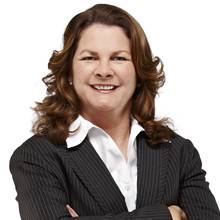 The blunder: “My greatest mistake would always be an over-concentration – falling in love with something. For example, in the late 1980s I fell in love with trust company shares. They have all sorts of great dividends. But I had too great a concentration in the portfolio at the time when interest rates went up in the early 1990s. That was very painful.”

Lesson learned: “Any one investment can be fabulous or terrible. But what percentage is it of the portfolio? If you find you’re spending too much time worrying about it, then it is too great a percentage in your portfolio. Conversely, if you’re too excited about something, that might also be the flag that you should be reducing the position.” 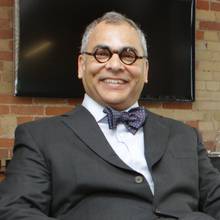 The blunder: “Years ago there was a company called CFM Majestic, a barbecue company in Canada. We met the management. The guy who ran the company put up charts showing the housing market was always growing, people were buying appliances, and the barbeque was an essential product. He was telling me all this stuff and I got caught up in his story, as opposed to the fact that it wasn’t a great business. I thought, ‘Oh, it’s very cheap,’ as opposed to, ‘It’s very cheap for a reason.’ We lost track of the fact that the fundamentals of the company were not strong. That led us to making a bad investing decision.”

Lesson learned: “Management is a variable indicator. They know how to say all the right things. So you end up drinking the Kool-Aid. Sometimes meeting management can be a detriment to you. They give you this great view of the world, but that distracts you from the actual core of what their business is. You have to do your own work and not get distracted by the flowery things people will say.” 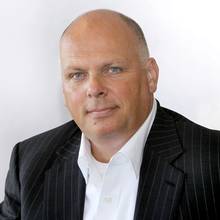 The blunder: “I bought Nortel very cheap, rode it up and eventually sold off about three-quarters of my position. But my biggest mistake was keeping that last one-quarter. It went up to $120 and I ended up riding it all the way down to $30 before I sold it.”

Lesson learned: “Everybody is susceptible to greed. But the truth is, I sold all the shares except for one. And I’ve done this a couple times with some of the dogs in my portfolio. Fortunately, I’ve had many more winners than losers over the years. But if I’ve really been stung on one, I keep a share in my account for as long as I can, so when I look at my personal statements, it keeps re-cementing what happened. It keeps you humble and focused to say, ‘You know what? We’ve seen this before.’” 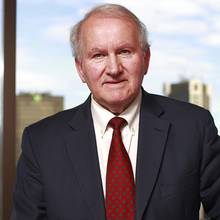 The blunder: “When you’re 30 years old and infallible, you say, ‘This is the one I want to buy. It’s going to come back with a big return.’ You really believe in yourself. And for a while, it works. You say to yourself, ‘Gee, that was a smart decision.’ But then, like anything else, it turns bad. You start seeing drop-offs. You start to tell yourself, ‘Oh that’s just temporary. That will come back, no problem.’ Then one day you wake up and you’ve got a dog on your hands. For me it was a leisure stock and I think I lost 90 per cent on it.”

Lesson learned: “Every loss starts out as a small loss. You need to be able to say, ‘I know I’ve made a mistake,’ without looking back and second-guessing yourself because, frankly, it doesn’t matter anymore. The market is trying to tell you you were wrong. Just accept it and get on with it. The earlier you can be humbled, the better off you will be. You won’t make so many mistakes later.” 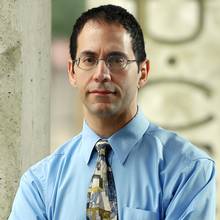 The blunder: “In the late 1990s and early 2000s I routinely suggested that investors should unbundle their balanced funds by obtaining stock and bond exposure via separate stand-alone stock and bond funds. This, I argued, would save investors 50 to 80 basis points per year in fees.”

Lesson learned: “As I spent more time reading about investor behaviour and doing my own research measuring their mutual fund returns, I changed my tune. Despite their higher fees, investors have generally experienced better returns in balanced funds compared to balanced mixes of individual stock and bond funds. The potential fee savings remain for disciplined investors. But I didn’t fully appreciate the behavioural aspect until my focus shifted away from product performance – and zeroed in on what investors experienced.” 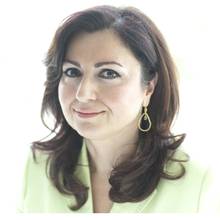 The blunder: “For me, hands down, it has to be investing in labour-sponsored funds (corporations sponsored by labour organizations designed to invest in small and mid-size Canadian businesses) in the early 1990s. There were generous tax credits, especially if you invested in your RRSP. It was just too enticing. Plus we had the technology boom going on, especially in the biotechnology sector. You know what happened next. Yes, I did get generous tax credits, but I lost my principal.”

Lesson learned: “I invested in a Talvest Canadian Medical Discoveries fund, which invested in biotech startup companies, and I learned two big lessons. Number one, never invest in flavour-of-the-month investments. Number two, do not invest just because of tax credits. The investment has to have merit of its own.” 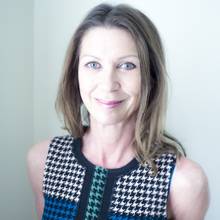 The blunder: “I owned BlackBerry stock way too long because I was in love with my BlackBerry. I bought it at $48 and I sold it at $5. I just felt like such an idiot, but it made me feel closer to clients who have also done some emotional investing instead of following their investment plan.”

Lesson learned: “Hope is not an investment strategy.”