An arbitrator has selected Air Canada's final offer to forge a new contract for pilots, clearing the way for management's proposal to launch an international discount airline.

His decision comes after a protracted contract impasse between the airline and the 3,000-member Air Canada Pilots Association (ACPA). The previous collective agreement expired on March 31, 2011.

Pilots are opposed to management's plans for the low-cost operation. ACPA had alleged that the new entity could potentially violate work rules by having others do the flying without the union's consent.

The discount leisure carrier is to be based in Vancouver. Air Canada is planning an ownership structure that would keep its stake at less than 50 per cent, while giving minority stakes to a foreign airline and a financial player yet to be confirmed.

"The arbitrator's selection of Air Canada's final offer concludes a new collective agreement with ACPA following negotiations and mediated talks that took place over a period of 19 months," the airline said.

Mr. Stanley, who had to choose either the final offer submitted by Air Canada or APCA, selected the carrier's proposal to reduce pension costs.

The most notable change previously has been the implementation of a pension program that places new employees into a hybrid system that blends defined-benefit plans with defined-contribution rules.

The carrier's pension payments are forecast to soar in 2014 because a cap on contributions previously negotiated with unions and approved by the federal government will lapse at the end of 2013.

Given the pressure on pensions, union leaders have said they will support management's plans to ask Ottawa to extend funding relief to 2024. In 2009, Air Canada secured a 21-month moratorium on past service contributions on pension funding.

Current pilots will stay on defined-benefit plans, under the new five-year contract that runs through March 31, 2016.

"This agreement preserves our pilots' compensation and benefits in the top quartile of the North American industry and will help ensure the sustainability of the company's defined benefit pension plans," Air Canada chief executive officer Calin Rovinescu said in a statement. "At the same time, it provides the company with the necessary flexibility to compete effectively in the current industry environment. The conclusion of this, the last outstanding agreement with our main labour groups in Canada, brings closure to a long and difficult round of labour negotiations."

But union leaders say their members are upset. "The results of this arbitration will only add to their disillusionment, creating a drag on Air Canada's future performance," said a joint statement by ACPA president Paul Strachan and union chairman Jean-Marc Belanger.

In an internal memo to pilots, Mr. Belanger added: "This new contract will affect us all negatively and have a devastating impact on many of us. Frankly, I am concerned that this airline may never be able to recover the pilots' goodwill, let alone their best efforts. They may have won the decision, but in so doing, they lost us."

Negotiations between management and the union began in October, 2010. In May, 2011, ACPA members rejected a tentative agreement recommended by their own leaders. In March of this year, federal Labour Minister Lisa Raitt referred two disputes to the Canada Industrial Relations Board, a manoeuvre that blocked 8,600 ground crew from going on strike as planned, and thwarted management's notice to lock out pilots. 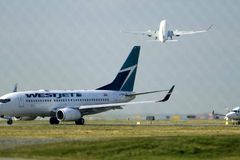 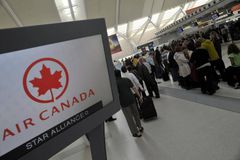 Air Canada’s retirement fund is in for a bumpy ride
July 2, 2012 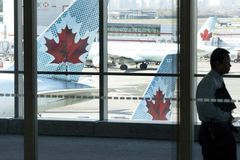 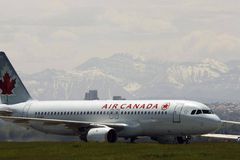 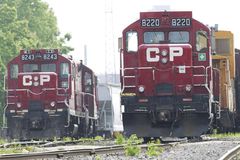