It was a notion some say was a long time coming: Alberta should sweeten the pot for U.S. lawmakers weighing approval of the Keystone XL pipeline by boosting environmental performance in the oil sands.

But one day after a suggestion from an Alberta envoy to Washington that the province would do just that, officials backed away from the idea. Instead, Alberta will continue to "tell its story," as Premier Alison Redford put it, leaving the Keystone approval up to the U.S. State Department and TransCanada Corp., the company behind Keystone XL.

At the same time, some in Alberta say a new look at green rules is exactly what the province should contemplate if it hopes to persuade others to open their land to pipelines bearing oil sands crude.

The debate was sparked Monday when Alberta's envoy to Washington, David Manning, suggested in a Reuters interview that Alberta has "much more in our toolbox" to push for a pipeline approval. By Tuesday, senior government leaders were disputing that notion.

Alberta will continue to push for technological improvements and better oil sands monitoring, said Cal Dallas, the province's Minister of International and Intergovernmental Relations. But "is there something that's imminent that's directly related to the [Keystone] decision the Secretary of State is weighing in on? No," he said. Mr. Dallas stressed: "The conversation … doesn't involve sweetening the pot."

In the eyes of critics, Alberta has been asleep at the wheel when it comes to oil sands monitoring. The province continues to push for pipelines – Ms. Redford appeared in Calgary with New Brunswick Premier David Alward on Tuesday, praising a potential project to send bitumen from her province to his – but has been accused of lagging on environmental policy.

University of Alberta biologist David Schindler, who co-authored a study revealing elevated levels of contaminants in an oil sands river, pointed to the recent report from federal Environment Commissioner Scott Vaughan, who concluded that "shortcomings leave me concerned that environmental protection is failing to keep pace with economic development [in Canada]."

"It's at the point where Canada simply isn't trusted internationally to be doing the right thing on environment any more. I think we'd have to do something pretty hard to sweeten the pot enough to regain that trust in order to make [the United States] approve Keystone," Dr. Schindler said in an interview.

"You have to do more than shut your eyes and say you're good to get people to think you're good," he added.

Promised policies have lagged, too. Ottawa has pledged for the past several years to introduce regulations to limit oil sands greenhouse-gas emissions. Federal Environment Minister Peter Kent had committed to release draft regulations by the end of last year, but now says they will be ready later this year.

At the same time, the renewed U.S. focus on climate change – evident both in confirmation hearings for new Secretary of State John Kerry as well as President Obama's inauguration address – may have moved the goalposts for Canada as it seeks Keystone XL approval.

Canada's "main [oil] customer wants a greener product," said Richard Dixon, executive director of the Centre for Natural Resources, Energy and Environment at the University of Alberta's School of Business. "So is it in Alberta's best interest to take a pro-active approach to greening its product? Absolutely. That's the bottom line."

Simon Dyer, policy director at the Calgary-based Pembina Institute, an environmental think tank, said: "We need a serious debate about how environmental improvements will actually enable us to sell our product. … The failure to see progress on Keystone is based on Canada's and Alberta's failure to regulate the oil sands appropriately."

Even TransCanada Corp. said it could not hurt for Alberta to try new environmental policies.

Both the federal and Alberta governments have "already done a lot" and agreed to consider stricter rules, said Alex Pourbaix, TransCanada's president of energy and oil pipelines. But, "if they do more, then I would guess that the Department of State would take that into consideration."

Mr. Dallas shot back at those who say Alberta hasn't done enough on the environment file. "I would suggest this is exactly what we've been doing in Alberta," he said, "and we've been demonstrating this on an ongoing basis that progressively we've been taking hard decisions and doing some very good work in a number of areas around the environmental profile of the oil sands."

With files from reporter Shawn McCarthy in Ottawa 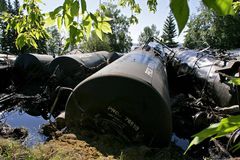 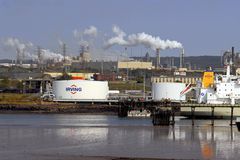