AMR Corp. and US Airways Group unveiled an $11 billion all-stock deal on Thursday that gives creditors of the bankrupt American Airlines parent control of the combined airline.

US Air's management team, led by chief executive officer Doug Parker, will assume operational control of the airline, while AMR creditors will wind up owning 72 per cent of the combined carrier and take five seats on the 12-member board.

US Airways will have four seats on the board. The remaining seats will be filled by AMR representatives.

"It has been the most successful airline restructuring in history, and we had been very focused from the outset on creating the most value for our owners," AMR CEO Tom Horton told Reuters.

The airline, which will carry the American Airlines name, will be 2 per cent larger than current No. 1 United Continental Holdings Inc. in terms of traffic - the number of miles flown by paying passengers worldwide.

The merger, subject to approvals from regulators and the U.S. Bankruptcy Court, could help speed up the recovery of the U.S. airline industry as carriers will have more room to boost fares as yet another competitor is eliminated.

"Wall street has been enamoured of consolidation from an industry perspective because it will help control capacity," said George Hamlin, president of Hamlin Transportation Consulting. "But I'm not sure being large for its own sake is going to guarantee success. A lot of pieces need to be put together. A lot of pieces will need to be shed."

The new American will be based in Dallas-Fort Worth, Tex. Parker, who has long advocated industry consolidation and began pursuing a merger in early 2012, will the CEO.

"The value of the merger is so great that we're excited about getting the work done," Parker told Reuters. "Integrating airlines can be difficult sometimes, but we've (already) done one at US Airways. We know what to do and know what mistakes to avoid."

Parker, 51, the longest-serving CEO of a major U.S. airline, kick-started the industry's consolidation wave when his America West Holdings bought US Airways out of bankruptcy in 2005.

Tom Horton, who became AMR's CEO when it filed for bankruptcy, will serve as chairman of the combined airline through the first annual meeting of shareholders, after which Parker will take over.

Horton's role had been one of the last sticking points for a deal, people familiar with the situation said, with AMR's board pushing for a bigger role for him.

"Tom Horton and his team did not want this a few months ago," said Hamlin. "But they are realistic and saw that this is what they needed to do."

The tie-up is the fourth major merger in the U.S. airline industry since 2008, when Delta Air Lines bought Northwest. United and Continental merged in 2010, and Southwest Airlines bought discount rival AirTran Holdings in 2011.

The new, larger American Airlines would return to the leadership position among U.S. carriers that it ceded in recent years as high labour costs made it difficult to compete with restructured rivals.

Passengers of US Airways and American would gain access to new destinations.

The standalone American is currently third in terms of traffic behind United and Delta, both of which used Chapter 11 bankruptcy protection to cut costs and find merger partners.

US Airways stockholders will receive one share of common stock of the combined airline for each US Airways share, the companies said in a statement.

US Airways shareholders will get 28 per cent of the equity of the combined airline. The remaining 72 per cent will be issuable to stakeholders of AMR and its debtor subsidiaries, American's labour unions and current AMR employees.

"American work groups may be taking a little bit of a pay cut ... (while) US Airways work groups, on the other hand, will probably get a pay raise," Avondale Partners analyst Fred Lowrance said.

Unions representing the carriers' pilots, flight attendants and ground service workers said they support the deal, while the machinists union said its renewed contracts must be completed before it supports the merger.

The transaction is expected by the two companies to generate more than $1-billion in annual saving by 2015.

The companies said they expect $1.2 billion in one-time transition costs, spread over the next three years.

US Airways shares were up 1 per cent before the bell on Thursday. The stock, which has gained almost 70 per cent in the last 12 months, closed at $14.66 on the New York Stock Exchange on Wednesday.

AMR, US Airways deal may mean orders for Bombardier - but not right away: analyst
February 14, 2013 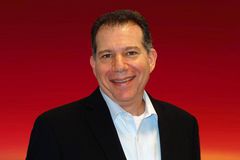 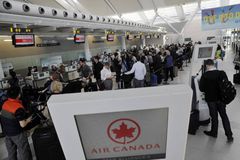 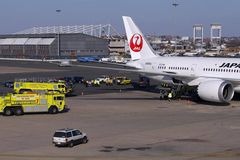 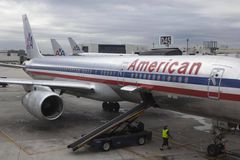