Hudson's Bay Co. is betting a Canadian touch will revitalize the oldest upscale department-store retailer in the United States.

Bonnie Brooks, who is credited with having started to revive the ailing Bay after she got the top job in 2008, was appointed president of Hudson's Bay Co. on Monday. In that role, she also takes the reins at Lord & Taylor, the sister chain of parent HBC. She plans to extend her focus on heritage lines – including the Bay's signature multi- striped blankets – and the budding popularity in luxury wear, European brands and men's fashions.

"We've had a culture change in the Bay," she said in an interview. "We have a can-do Canadian attitude that will be fun to take to the United States."

Ms. Brooks' promotion comes as Canadian retailers are being bulldozed by U.S. giants, including discounters Wal-Mart Stores Inc. and the soon-to-arrive Target Corp., which is scooping up HBC's Zellers stores. Yet U.S. chains have had their share of pressures in an extremely crowded market, which in turn has prompted a growing number of them to look to Canada for growth opportunities.

And while HBC is controlled by an American – U.S. mall tycoon Richard Baker, who bought the Bay in 2008 after snapping up Lord & Taylor a couple of years earlier – this country's oldest retailer now is turning to its Canadian executive knowhow to bolster business at the 186-year-old American chain.

"Bonnie has proved that she can do it," said John Williams of consultancy J.C. Williams Group. "Lord & Taylor's reputation is a bit musty. Someone fresh to the market who's proven she can implement a revitalization program is called for."

Even so, Lord & Taylor has enjoyed its own signs of a turnaround, although its sales softened last year. In 2011, same-store sales at its 46 stores rose 8 per cent from the previous year, compared with a 12-per-cent increase in 2010, a company spokeswoman said.

To ease HBC's debt problem, Mr. Baker sold the rights to most Zellers leases to Target for $1.8-billion last year and, as part of HBC's restructuring on Monday, poured $427-million into Lord & Taylor, with the funds used to reduce corporate debt. He put on hold his plan to raise more money by taking HBC public last fall amid rocky stock markets.

Ms. Brooks said her key strategy of introducing high-profile fashion brands at the Bay to draw younger customers has already been implemented at Lord & Taylor – but she will take it a step further. She wants to introduce some European brands to Lord & Taylor – which is known for its American lines – such as the ones that are carried at the Bay, including London's Erdem and Paris' Balmain.

She is also considering a reinvented way to add luxury goods to Lord & Taylor, emulating the Bay's upscale The Room at its Toronto and Vancouver flagship stores. And she envisions expanding Lord & Taylor's move last year to introduce HBC heritage items, including its blankets and even canoes.

"There is an astonishing heritage at Lord & Taylor, just like there is at Hudson's Bay Co.," she said. "There's magic in the heritage. I love the idea of being able to unlock some of the magic."

Still, Ms. Brooks has had the benefit in Canada of having to battle very little direct competition in department-store retailing, said Randy Harris, president of consultancy Trendex North America. In the U.S. she faces an array of rivals, such as Nordstroms, Saks Fifth Avenue and Bergdorf Goodmans.

Ms. Brooks countered that along with more competition in the U.S. comes a much larger pool of high-end customers. 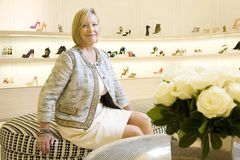 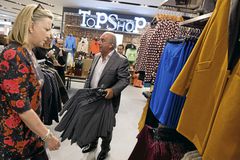 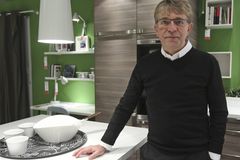 Improving the online customer's journey from click to payment
May 3, 2018 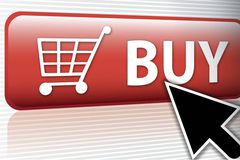